Wonders in the Whale Playground

For this, our 5th trip of the 2019 Tonga humpback whale season, we enjoyed a fabulous array of encounters: an excessively playful baby, five adults fighting it out to ‘get the girl’ and an epic breaching session to get our photographers’ hearts racing! We were joined by a fantastic mix of guests: some new to NAI’A, some familiar faces… Some new to humpback whales, some seasoned cetacean swimmers! 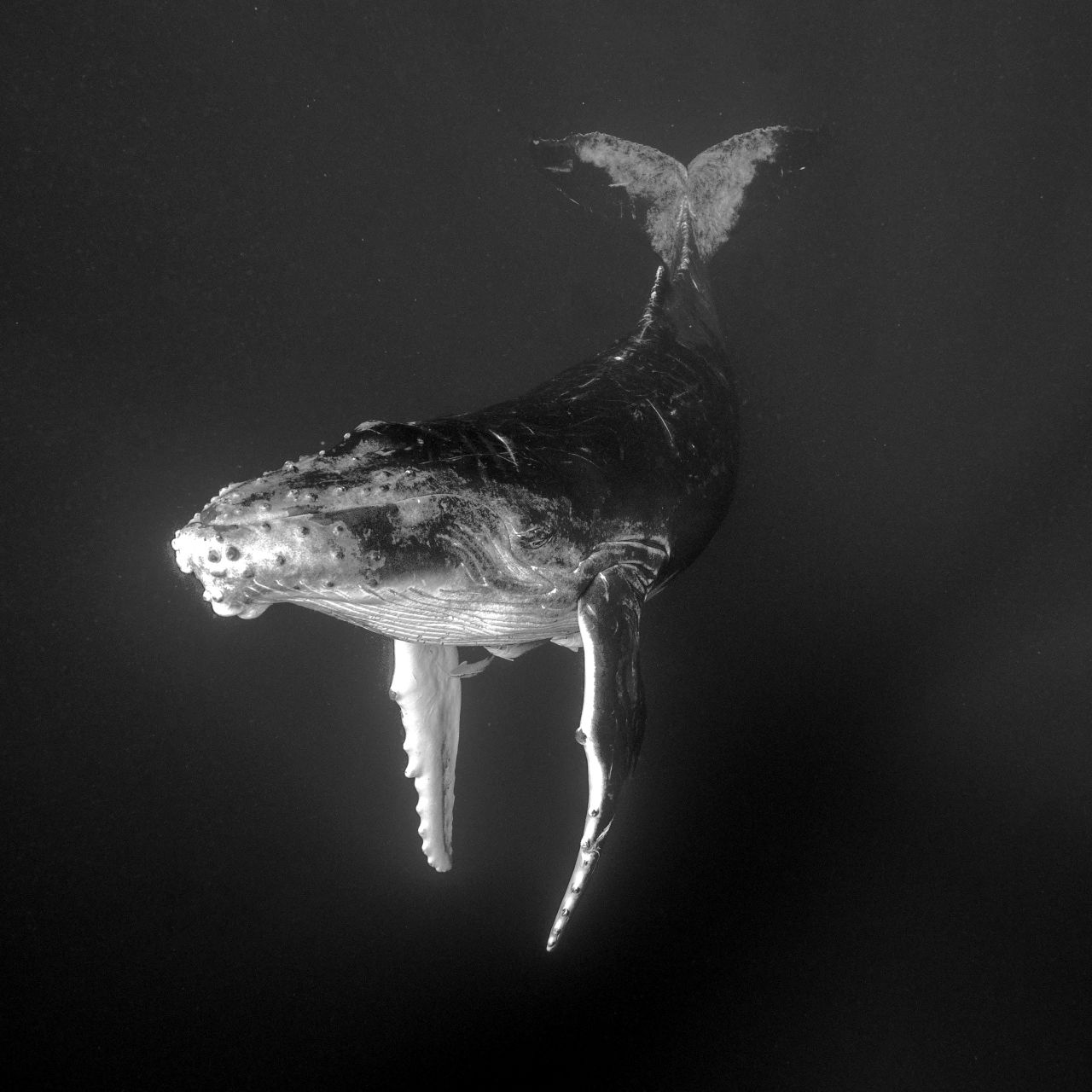 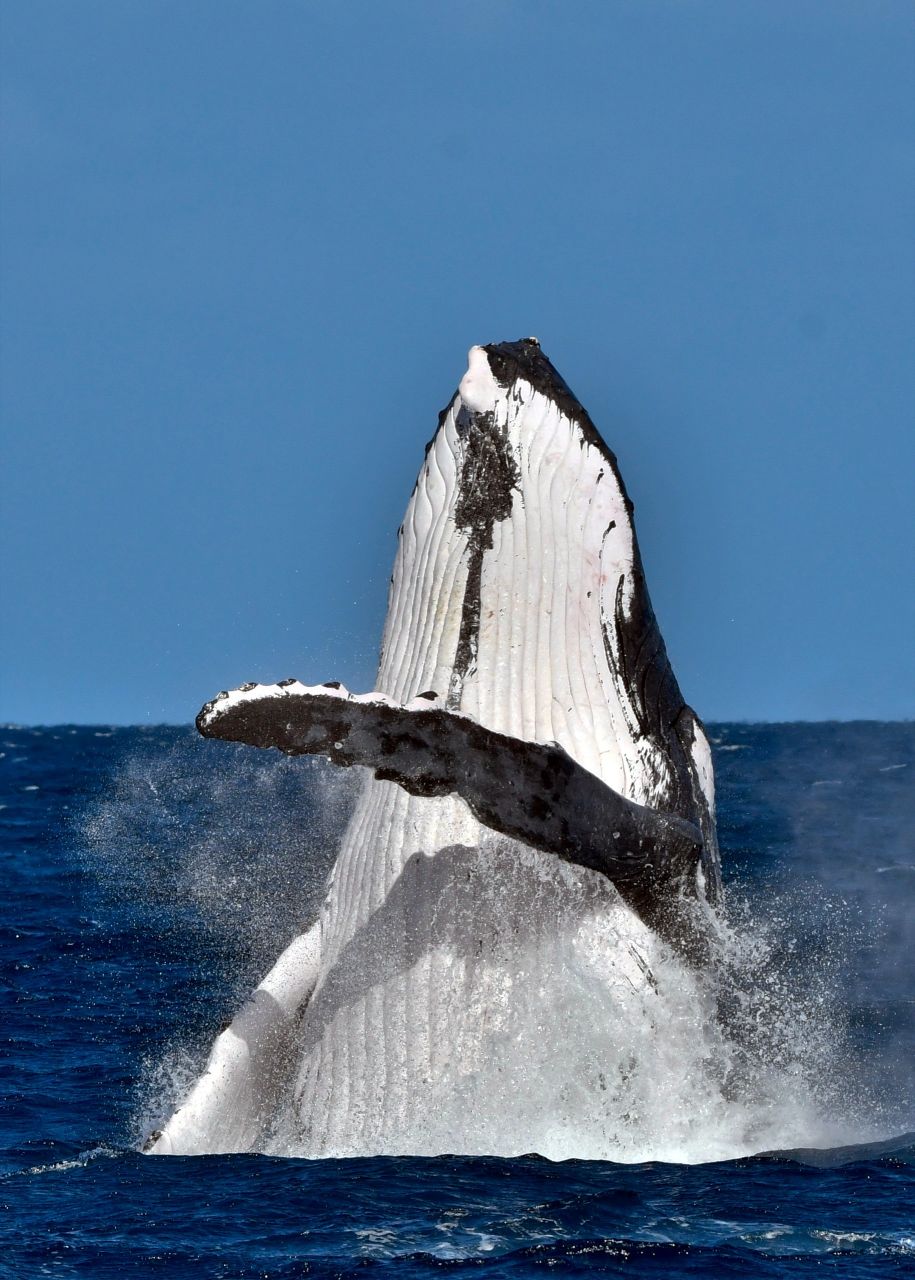 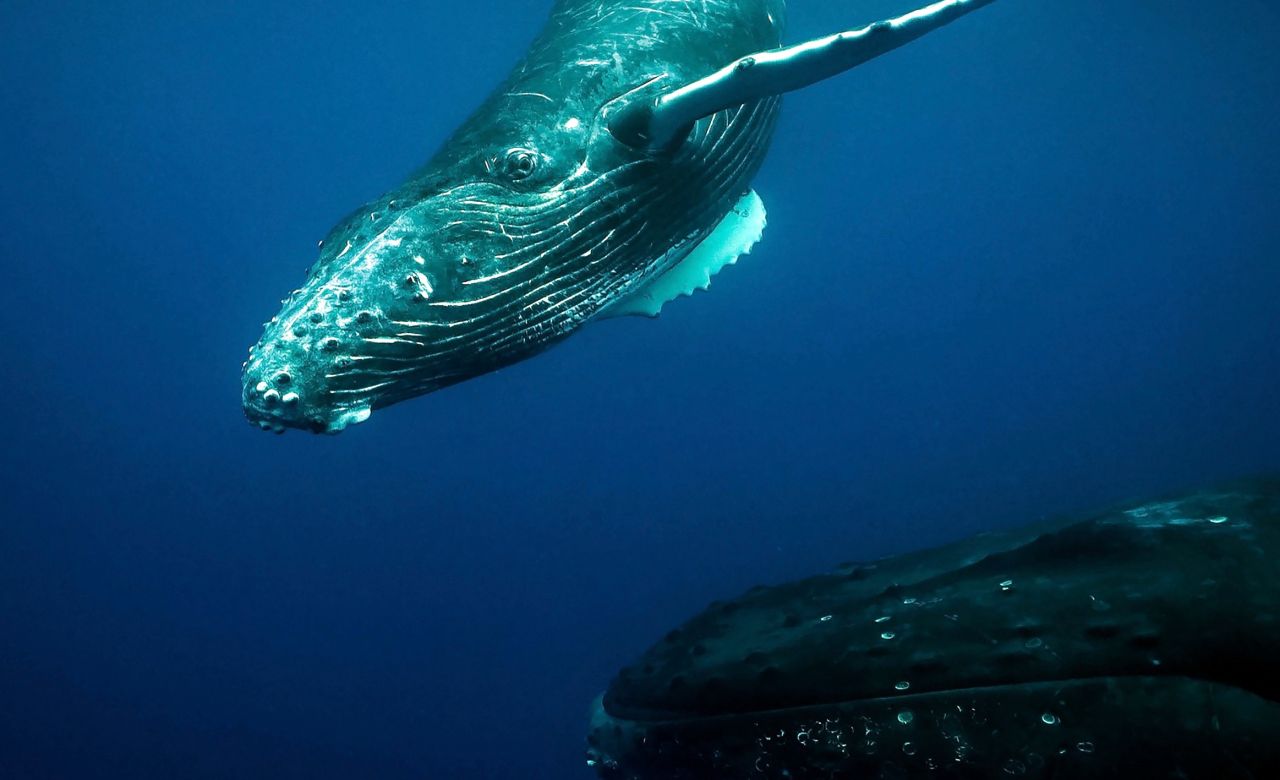 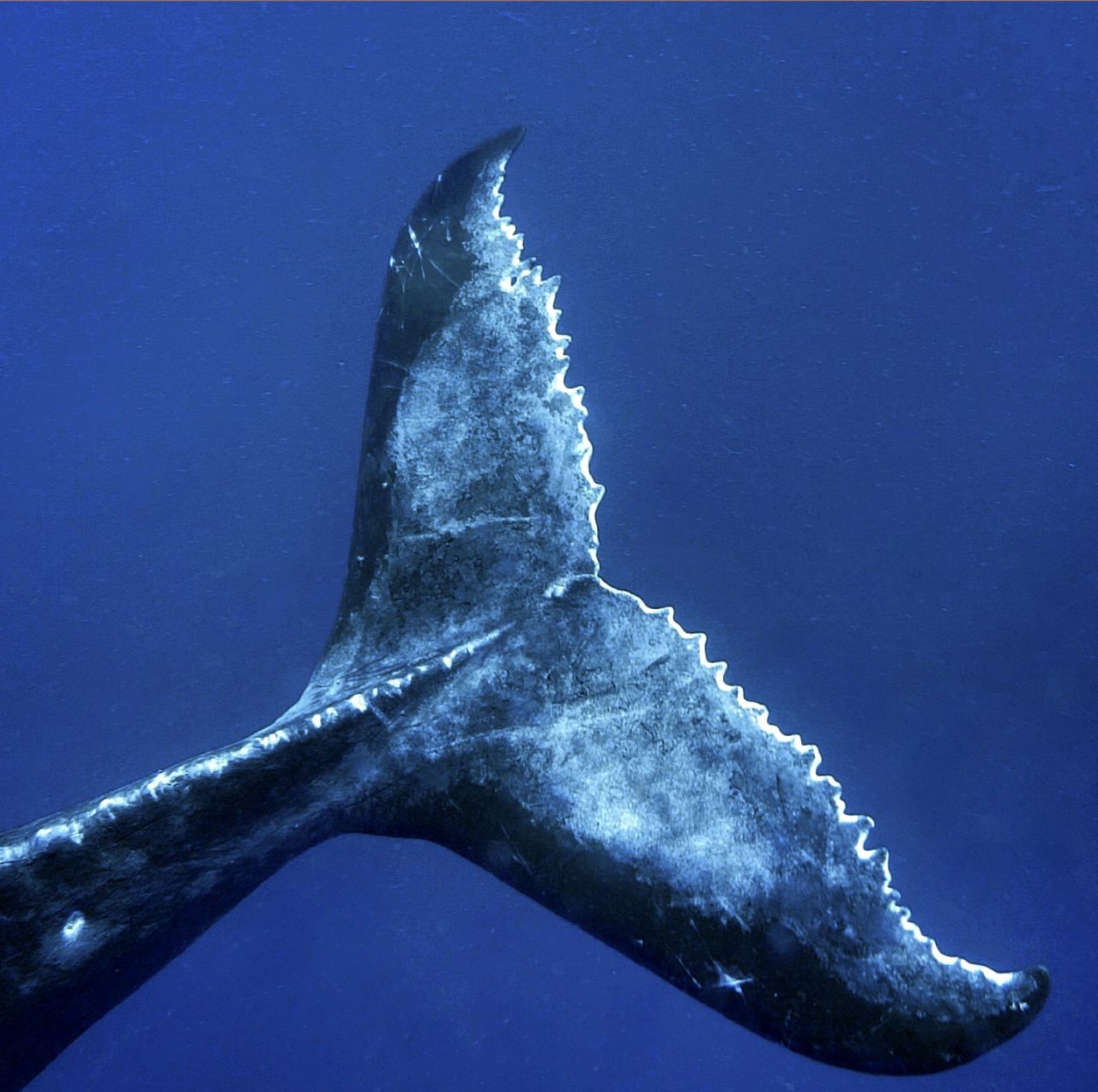 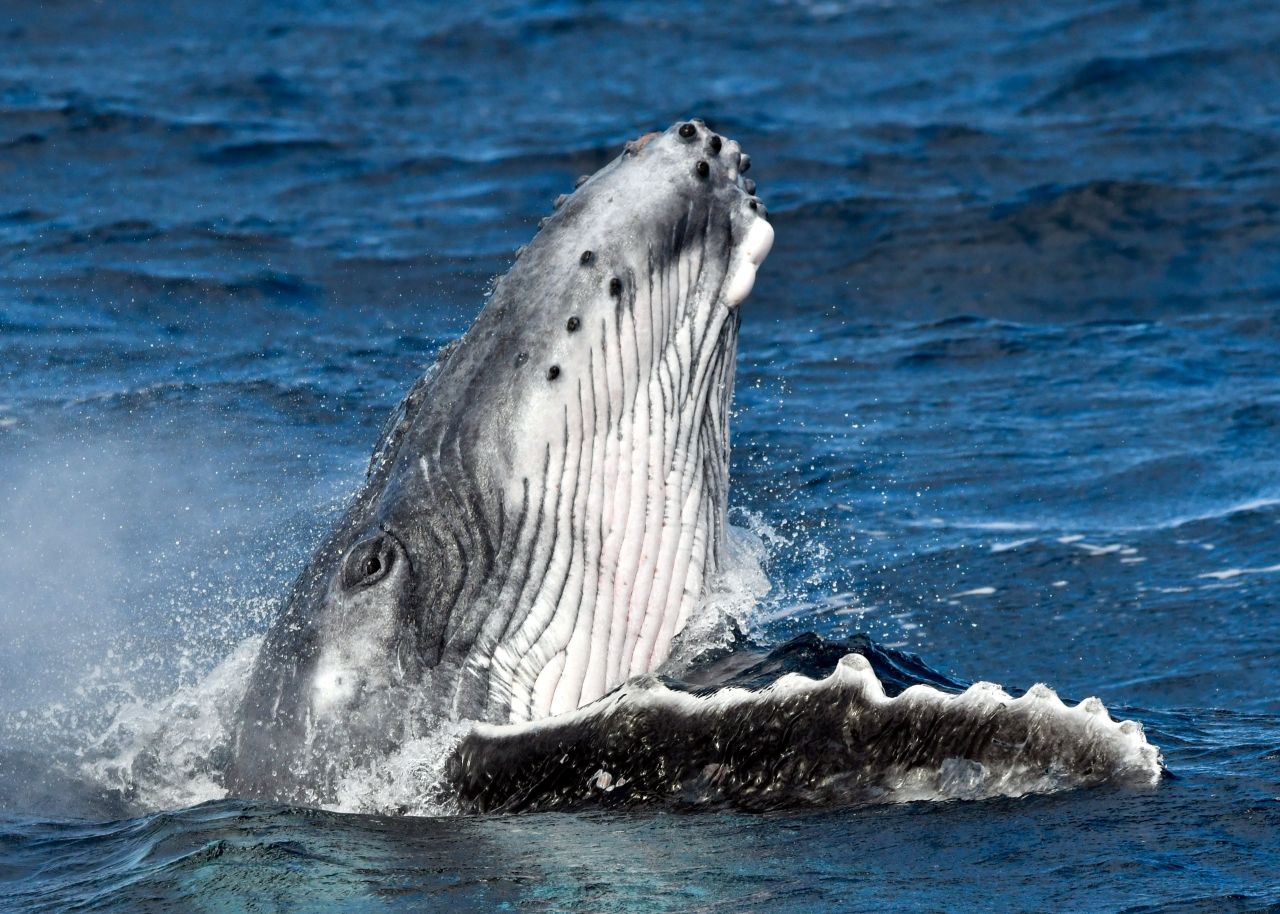 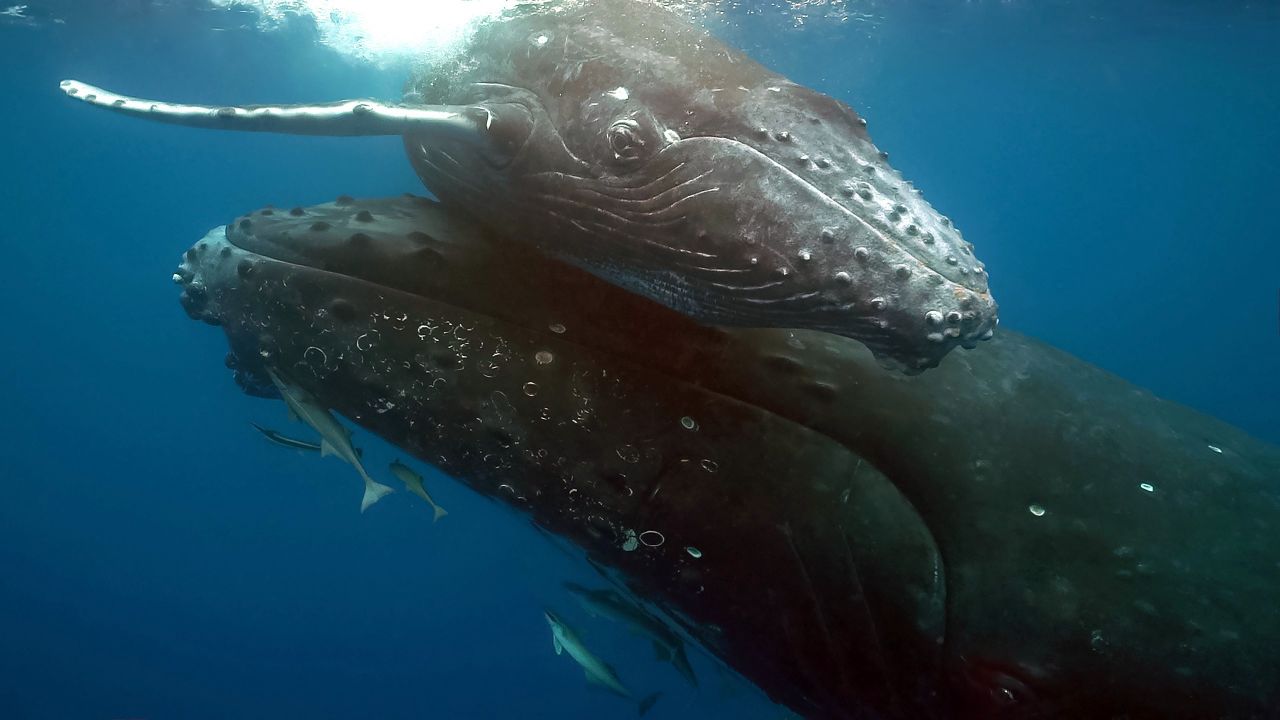 We got off to a great start, hitting the water in the morning of the very first day. We were delighted to hang out with our first mom and calf of the trip. We suspect this one was what we fondly refer to as a ‘weaner’: a baby born LAST season, and soon to be leaving momma and flying solo. Little one’s behavior was atypical of a newborn (staying close to momma, not venturing too far, always swimming in circles with mom at the center): in fact, he was quite feistily independent! At one stage bubba just kept swimming in a straight line: on and on for minutes. We followed him, wondering what was happening, wondering where on earth momma might be. Well, we suspect mom must have been resting and woke up in a panic to see little one wasn’t there, because she suddenly came beneath us like a bat out of hell, picked up her naughty youngster and went zooming out of there! Honestly, she made us jump, appearing from nowhere just a few feet below our fins. Consider baby TOLD. 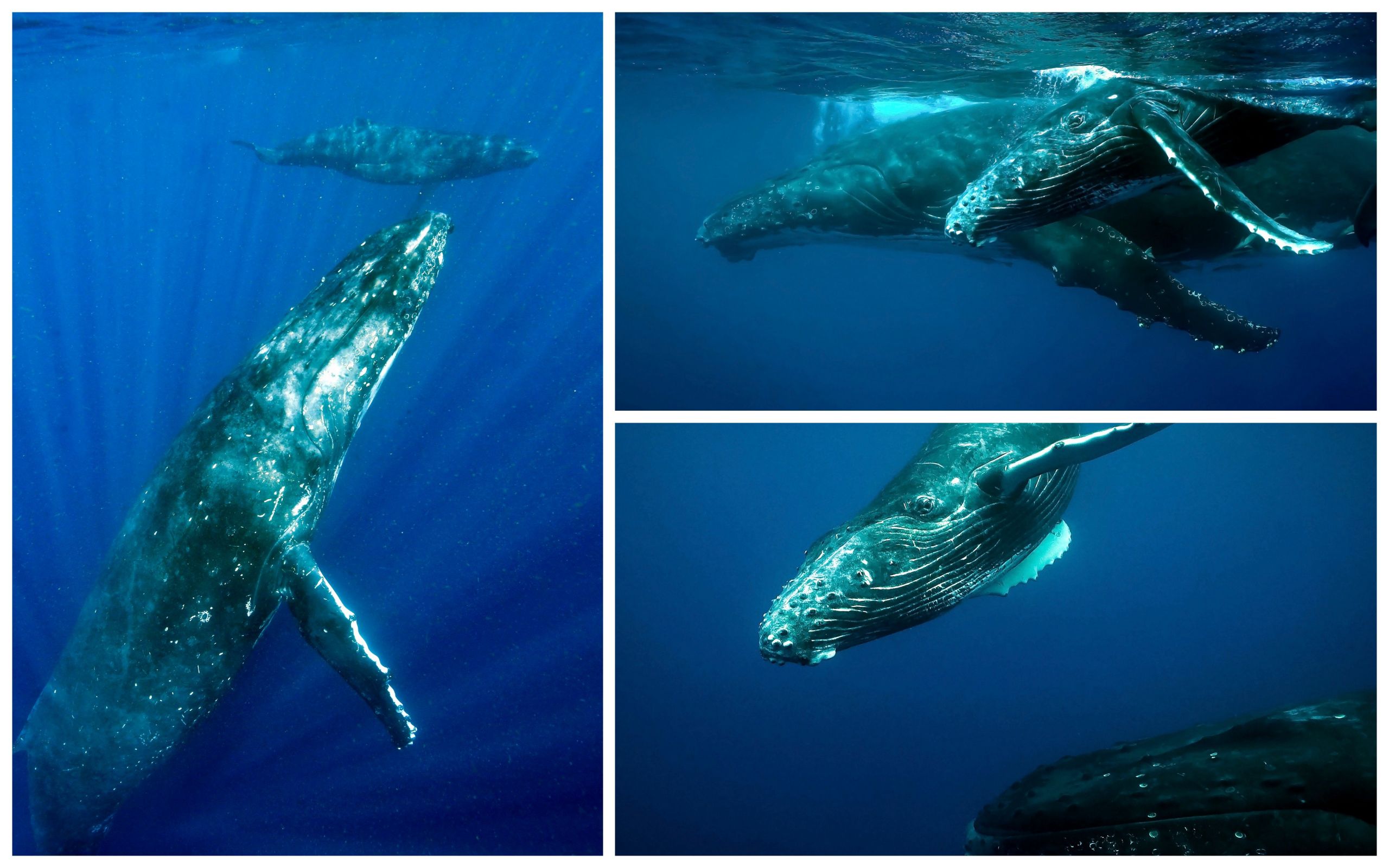 The next day we had a couple of phenomenal encounters. First up, we came across a ‘singer’: this one was so loud our guests could actually hear him singing from on the skiff, before they even got on the water! Incredible. Next, we enjoyed quality time with one of the most playful babies we’ve ever come across! This little guy/gal was just taking such pleasure in being a baby whale, figuring out what those big, floppy fins and tail can do. For 90 minutes straight, he was frolicking carefree: rolling around in the water and showing off a beautiful black speckled tummy (which we reeeeeeeally wanted to tickle!) for all to see. You could hear everyone giggling through their snorkels, it was such a delight to watch! 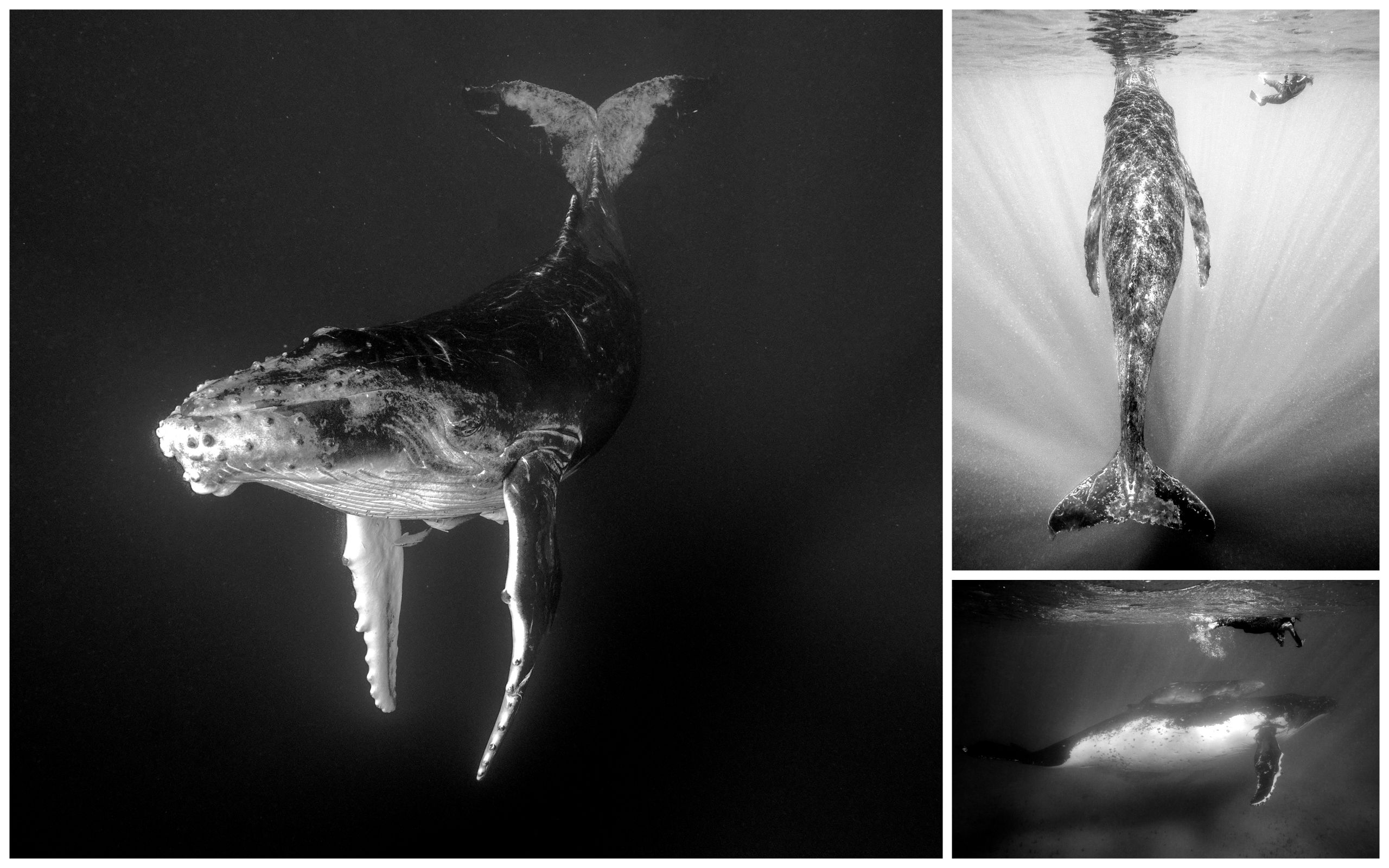 Next up, we enjoyed some incredible multi-whale action! On the skiff, we followed a pod of five: we suspect four males fighting over a single female. It was all very high speed and aggressive: then, all of a sudden, the action completely slowed down. We took our chance and quickly jumped in the water! At this stage there were four whales left, then three, then eventually just the two, tucked closely together against the reef: we assume this was the girl and the ‘winning’ male. We could hear him singing and spent a long time watching them rest below us, once in a while coming up for air and doing some very close loops around us. At one point another individual (presumably one of the ‘losing’ males) came back in for a second try but quickly got chased off again! It was really fascinating to observe the dynamics and try to figure out what was going on. That afternoon, when we were back on the big boat, all five came back together and started tussling again. We followed them for a good hour at high speed as they fought it out: it was quite aggressive and we could clearly see blood on some of their snouts. 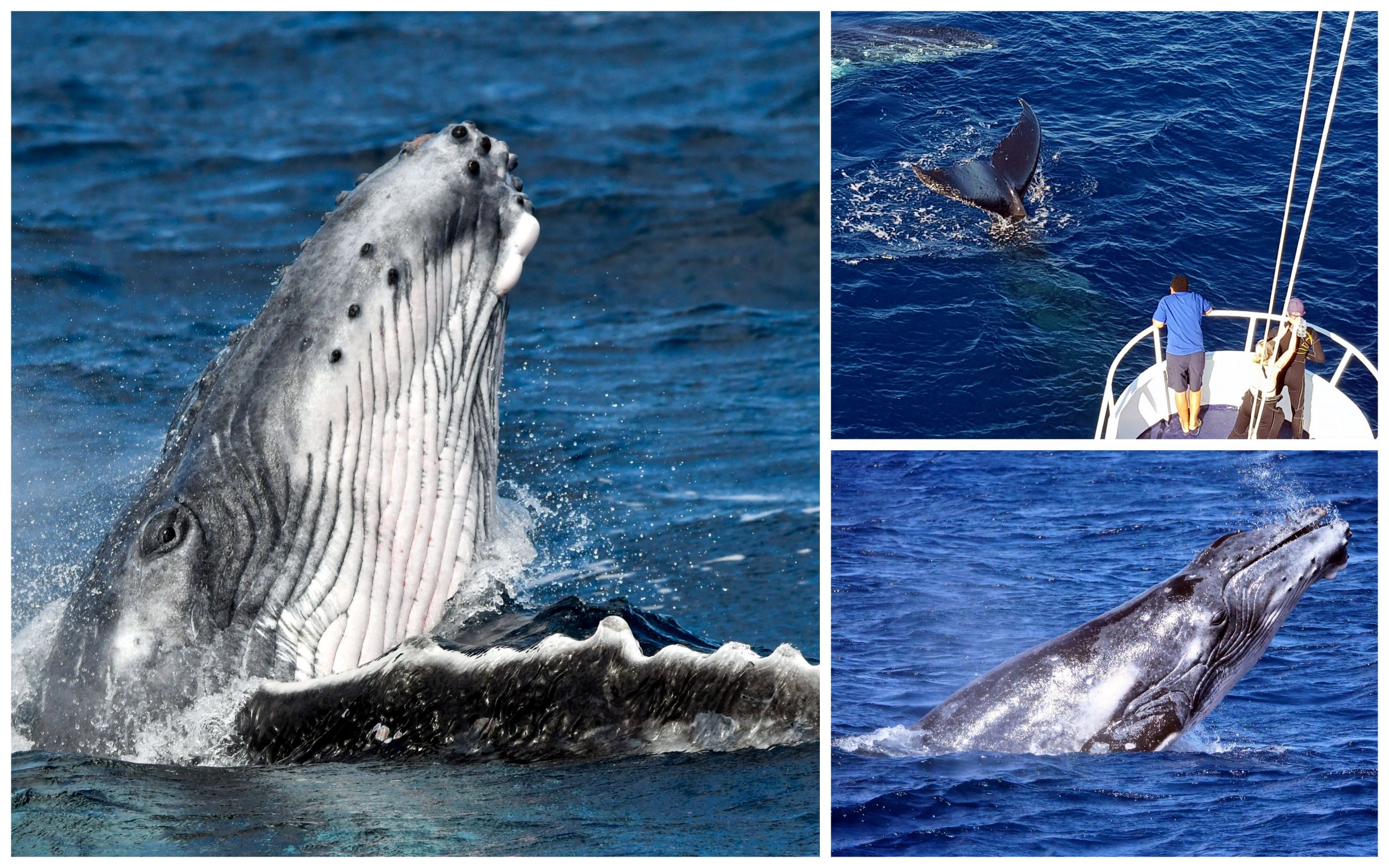 We then had a couple of slower days – which is just the nature of whale watching/swimming - but, even then, there’s always a little something to keep us satisfied! We had a couple of fleeting but stunning fly-bys in lovely clear water, getting a beautiful of baby riding in momma’s slipstream and escort following deep below. And we had some great surface action: pec slaps, peduncle throws and a few ‘lurches’ (our name for half-hearted, lazy breaches!). We got in a few dives, both night and early morning. The reefs here in Tonga lack the color of Fiji but have some superbly healthy hard corals and plenty of interesting fish life. And we also got took a last-minute detour and got a VERY close up view of the huge volcanoes at Tofua and Kao!! Not our Plan A but an exciting little adventure all the same! 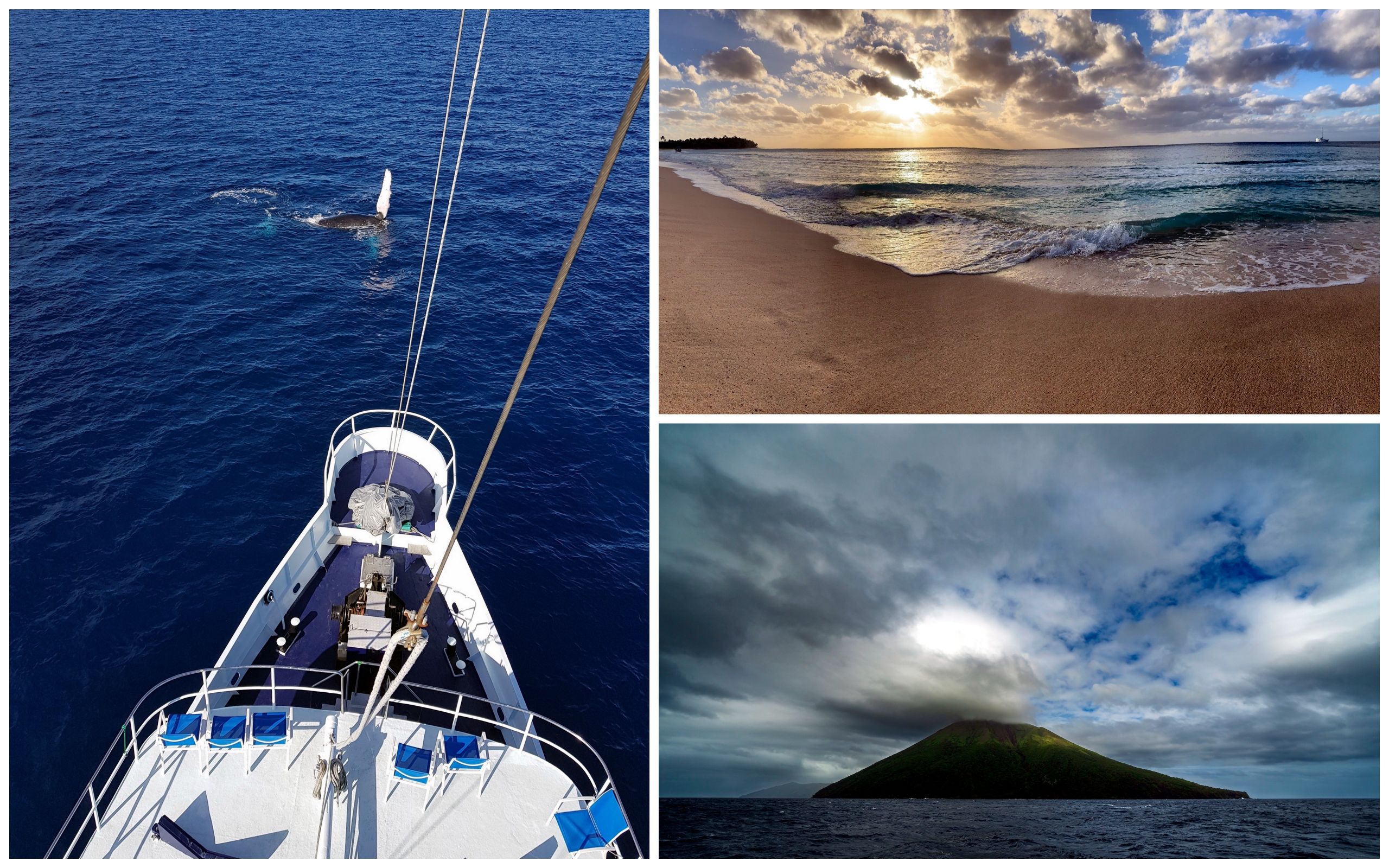 Soon, we were back in the game with a phenomenal afternoon of surface activity. We decided to follow a mom, calf and escort as they were BEGGING for our attention: throwing their tails around in the distance until we about-turned and came over! Little baby was LOVING his new-found breaching ability and was totally unstoppable: launching himself out of the water again and again until, finally, it was more of a face plant than a breach and he took a rest. Meanwhile, escort was making himself known with the odd ‘power move’: a massive peduncle throw every once in a while, just to remind us he was there! And then the most incredible thing happened. The big boat stopped well away from momma but she actually turned right towards us, lifted baby up onto her nose and swam RIGHT up to the bow and presented her gorgeous little baby to us: truly, just a few feet away! We’ve never seen such a thing before and it utterly melted our hearts. Meanwhile, another potential escort started to approach in the distance. When he eventually made it over, the original escort didn’t even put up a fight! He gave two or three massive throws and then just swam on off, leaving the new escort to pick up his responsibilities! Well, new escort was GAME! He put on a spectacular breaching fest: again, and again, and again! Every photographers’ dream. 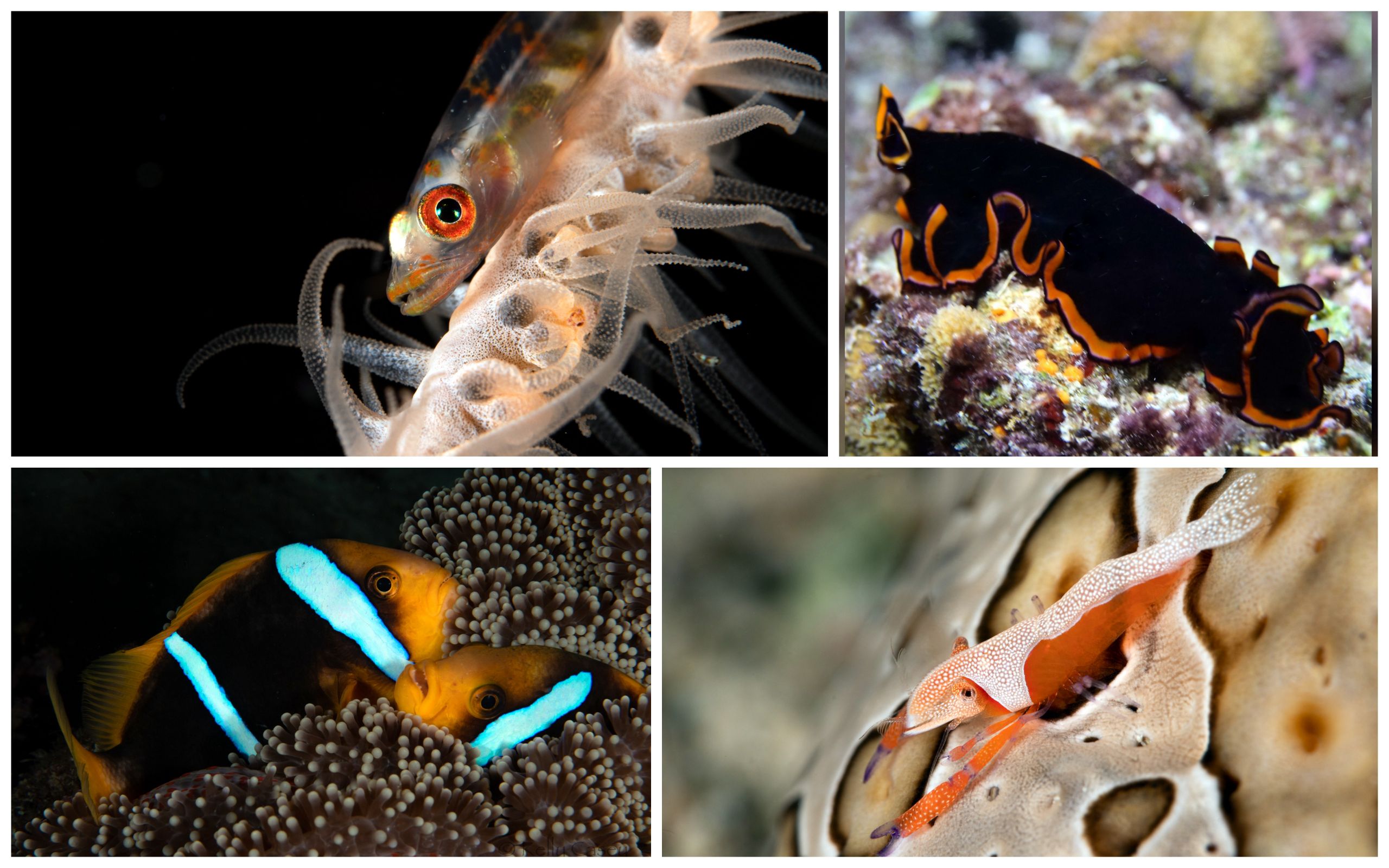 The wind picked up for the last couple of days of our trip but we still managed to get the skiffs out: our hardy guests were warriors, plowing through huge waves to get to the whales! Persistence paid off and we finished the charter with several mom and calf interactions. One little calf was so tiny we’re pretty sure it can’t have been more than a few days old! 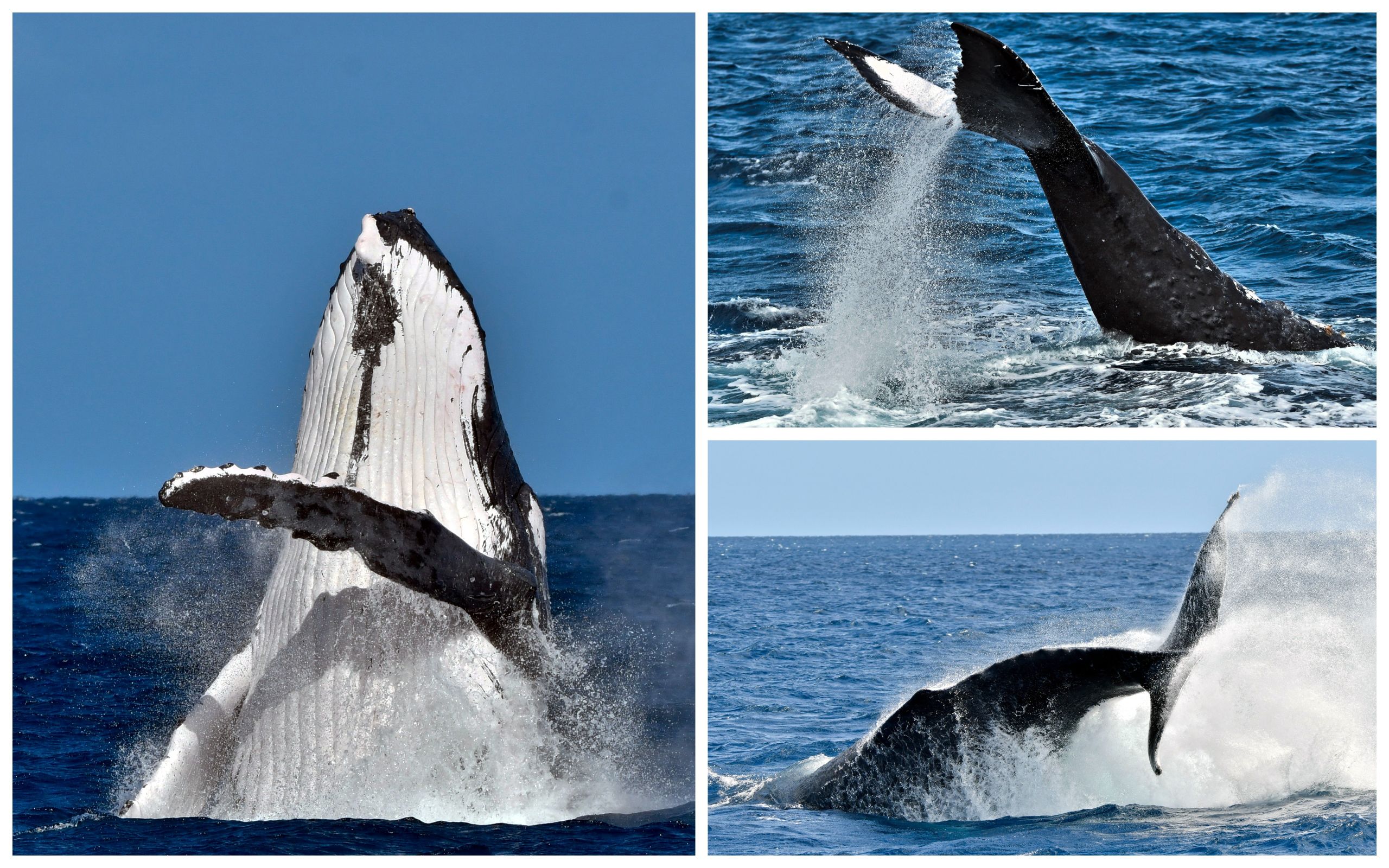 A big VINAKA to all who joined us for this trip, such a pleasure to share such special encounters with you all.

"Bula NAI'A Crew- Vinaka for all of the adventures! Ben and I could not imagine a better way to spend our honeymoon!" 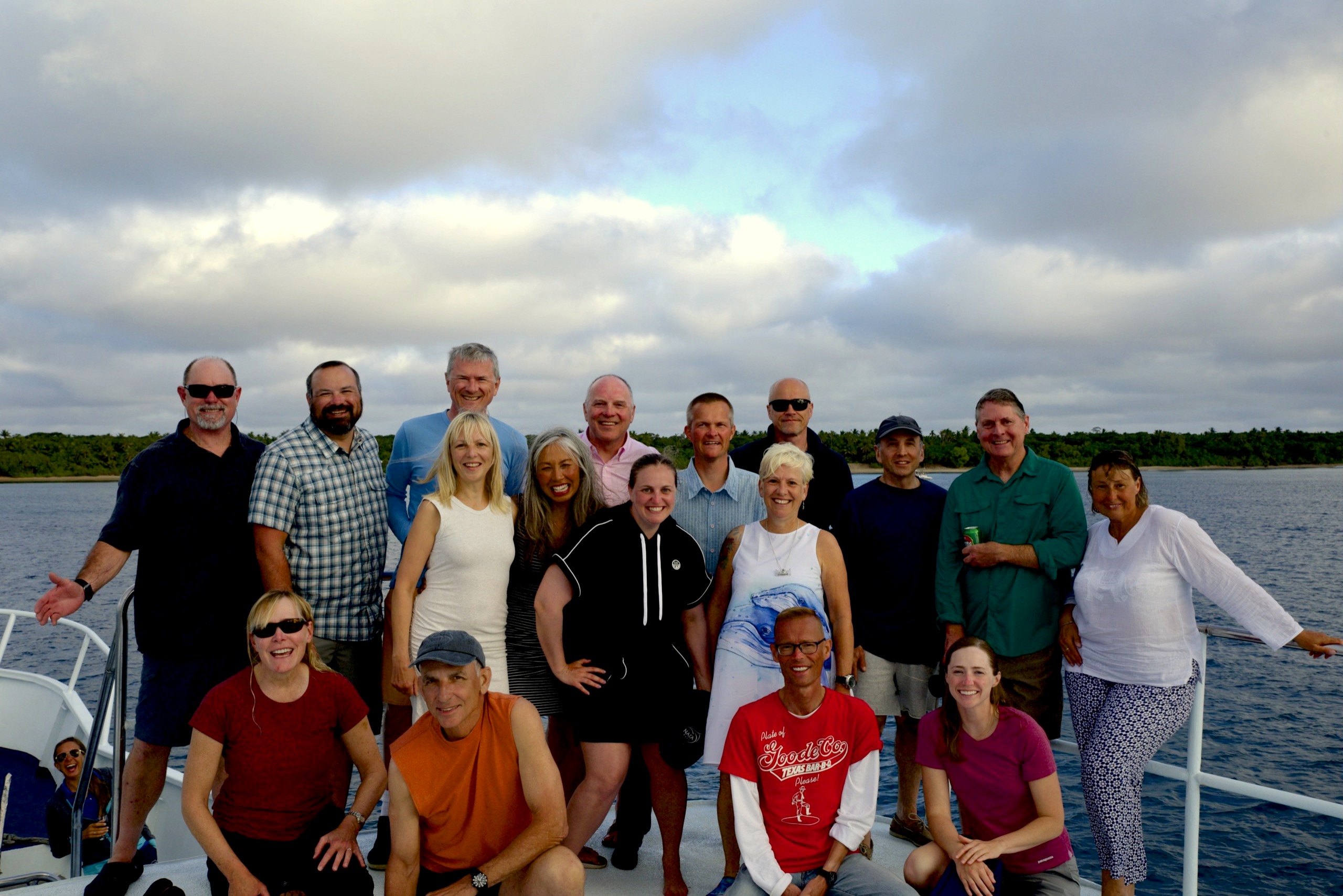