A spectacular charter with a fascinating range of really special encounters: multiple high-adrenalin rowdy ‘bull runs’, a gorgeous little calf playing peekaboo from under momma’s fluke and a mom, calf and escort trio noisily chit-chatting to each other. All pretty overWHALEming! 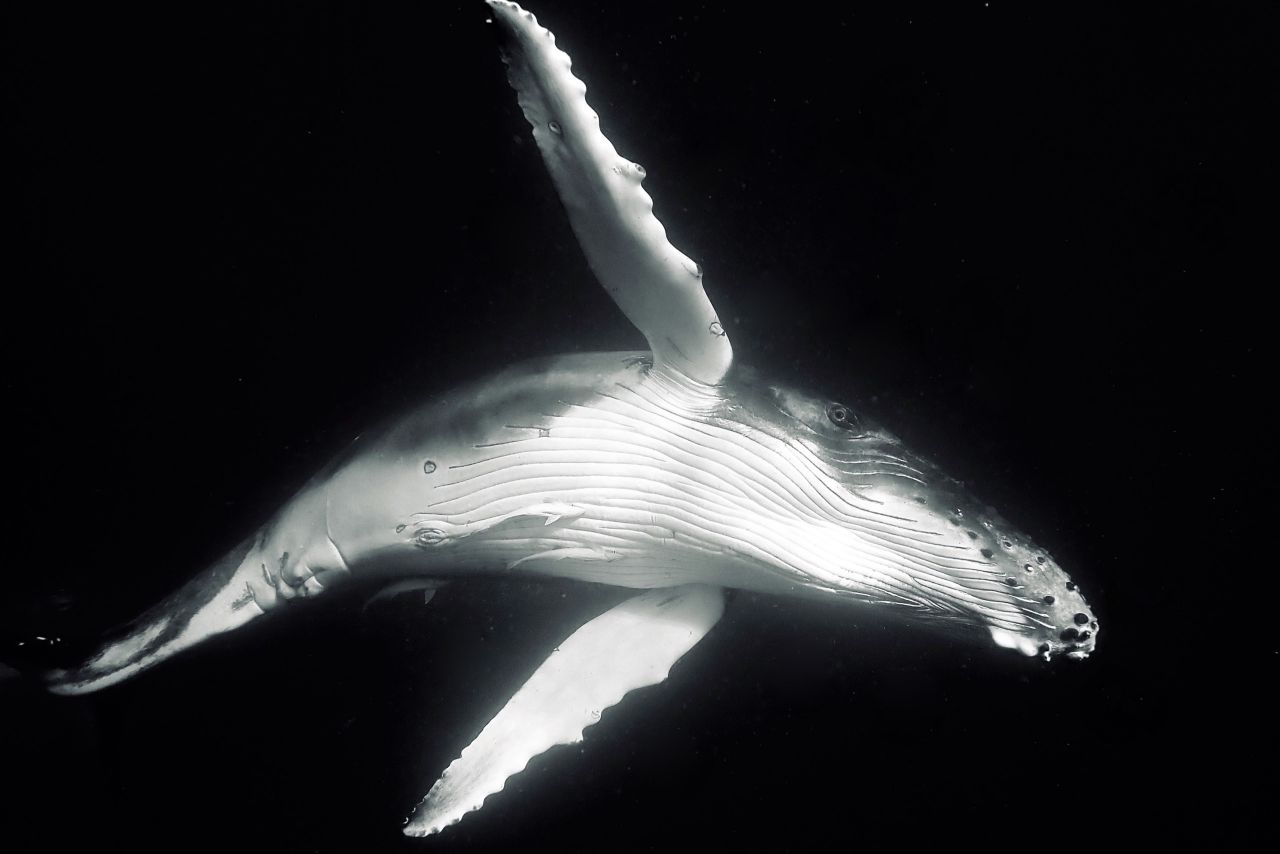 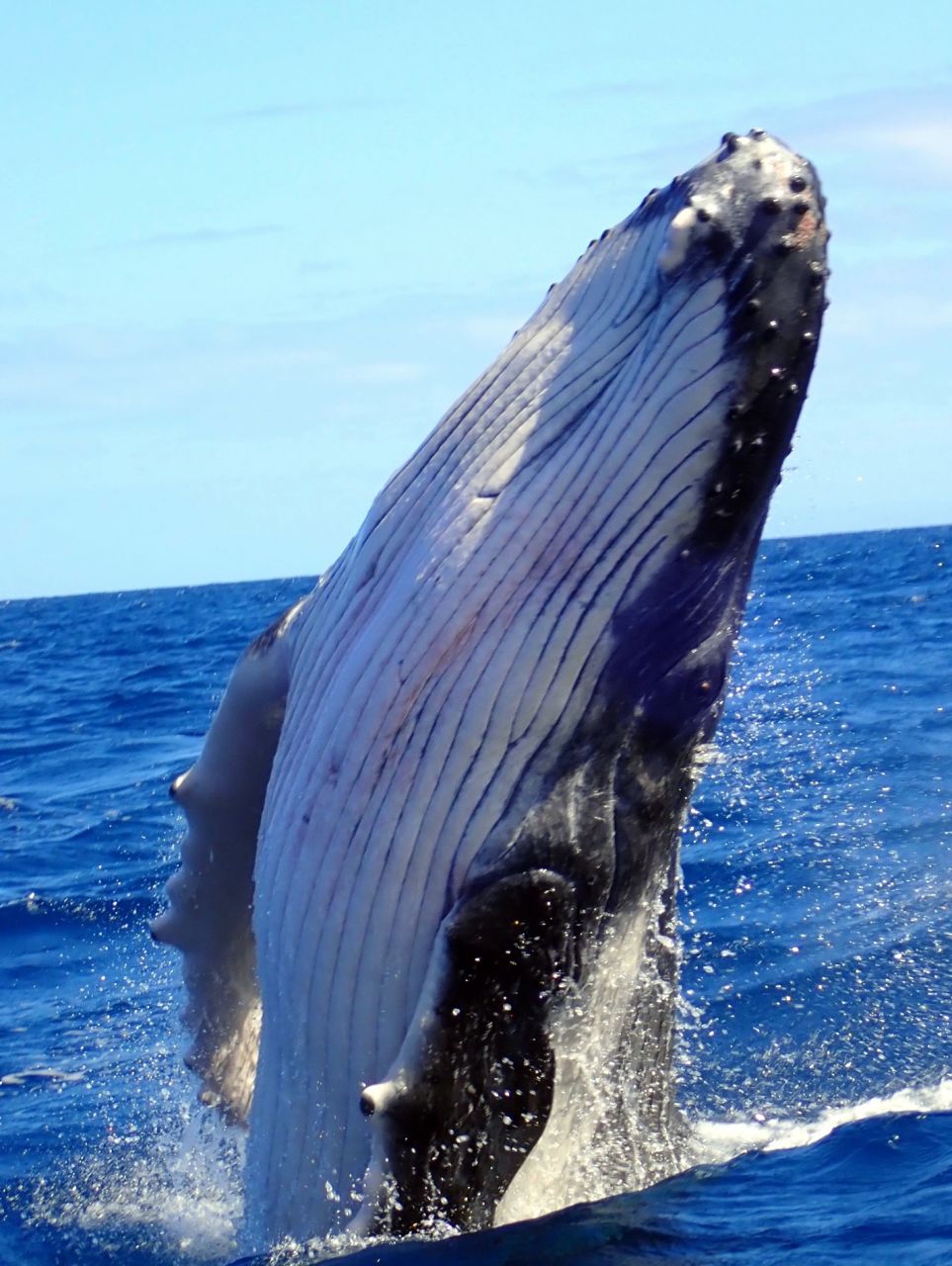 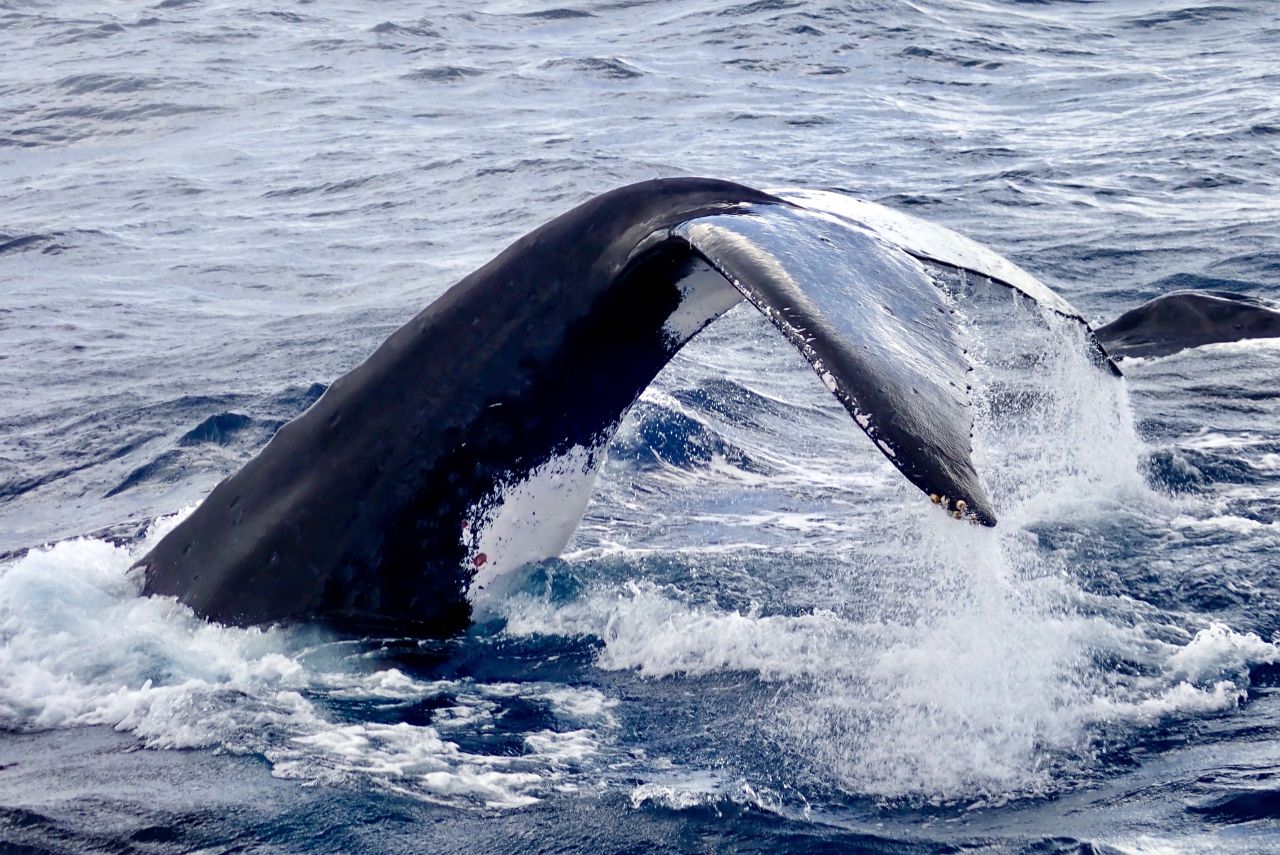 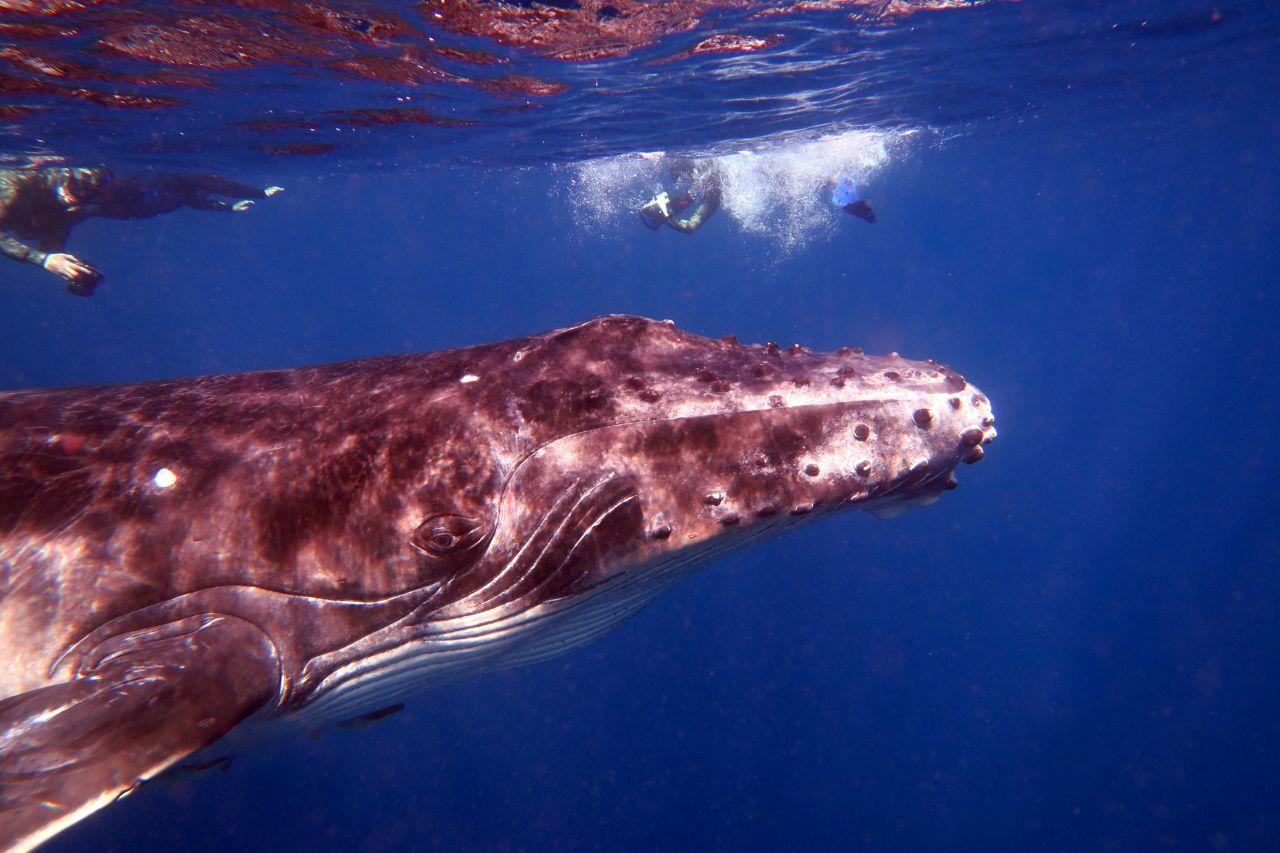 Joining us on this amazing adventure were Wendy and Robert with their lovely team from Snorkeling Etc. Largely long-term friends and travel buddies, the atmosphere was relaxed and fun from minute one! 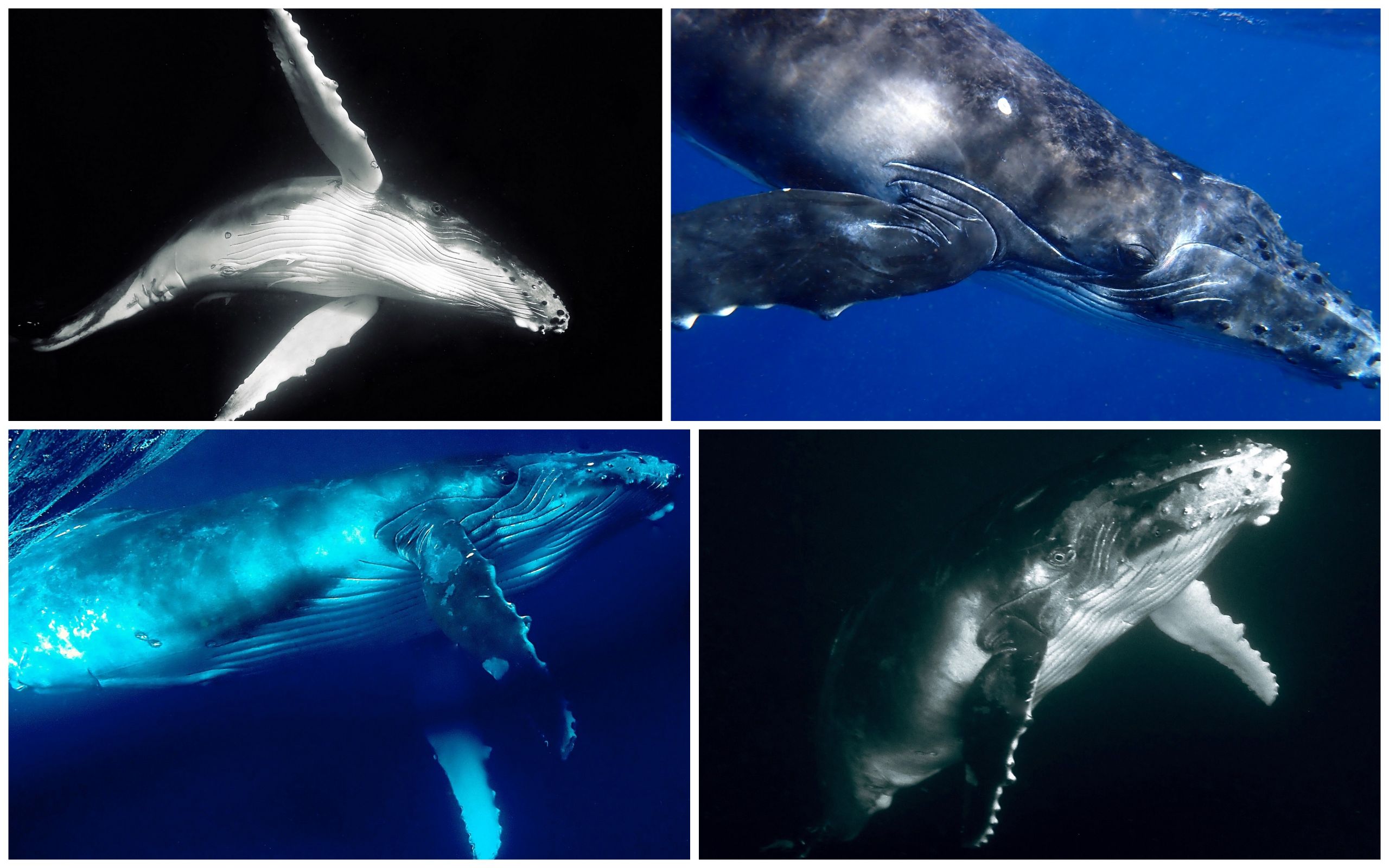 Despite a pretty rough crossing overnight, everyone was up bright and early the first morning, ready for the whale search to begin (we can’t bring ourselves to say ‘whale hunt’, it just seems wrong!). It didn’t take long before we came across some impressive activity. It began at a nice steady pace: a peduncle-throw here, a pec-slap there. But before long the action heated up and we found ourselves following a full-on bull run. At its peak, we had seven massive individuals chasing each other through the water, fighting it out below and gasping for air above. We LOVE these high-adrenaline encounters: the pace and the ferocity are incredible, you really get a feel for how powerful these creatures can be. 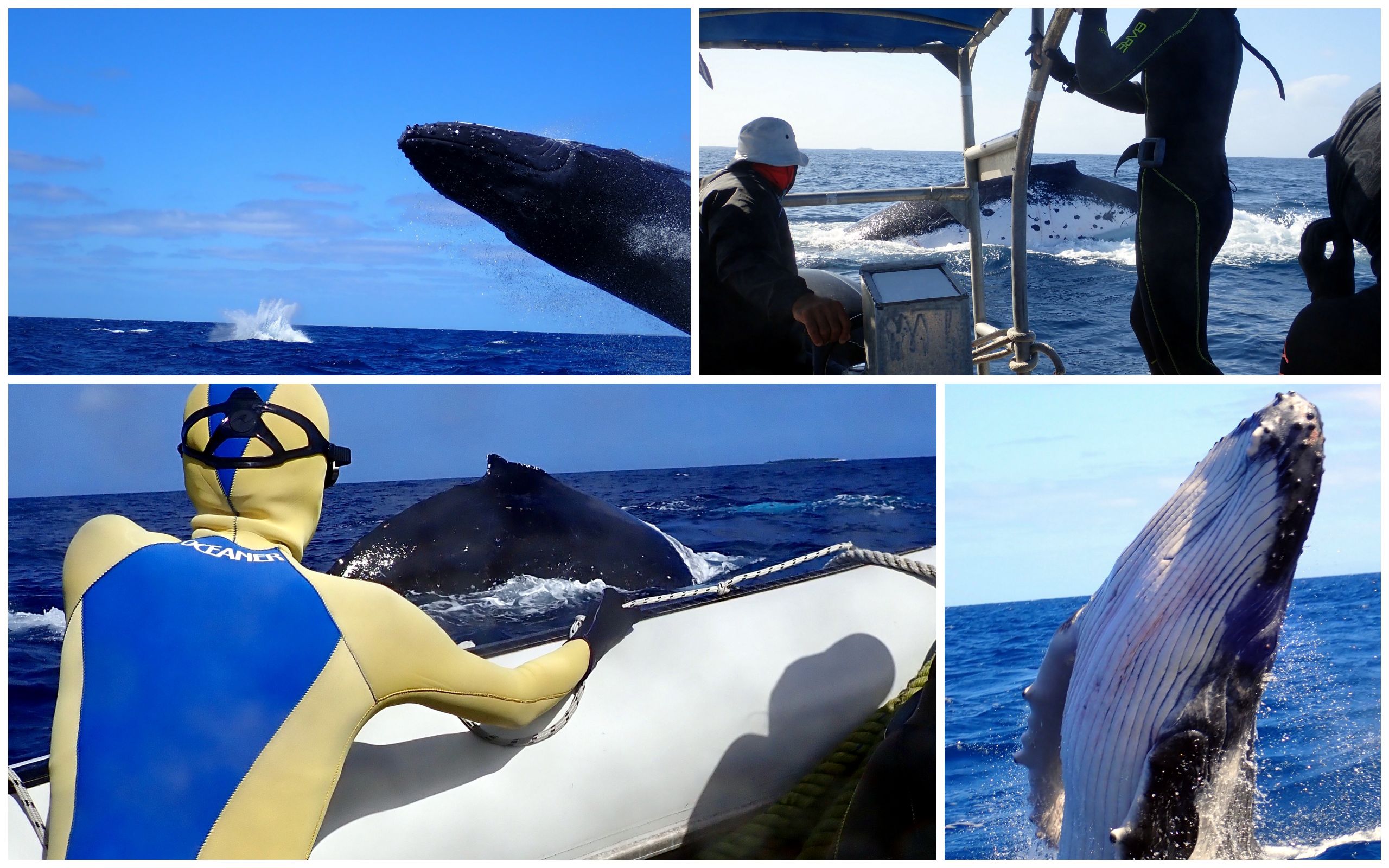 On the flip side, there is nothing calmer and gentler than a mother and calf encounter and our group were treated to several over the next couple of days. We had some challenging weather – strong winds and big waves – but these guests were HARDY, pushing on for hours at a time on the skiffs. Such perseverance always pays off! We were overjoyed to meet multiple beautiful mommas showing off their cute little bubbas. We had a couple of clear favorites! First up was the most adorable little one who’s momma was fast asleep in a head down, tail up position: he was tucked under mom’s chin most of the time, but every time he needed to surface he would creep up the underside of her body until he was at the tail, then would play the sweetest little game of peekaboo with us, poking his knobbly face out from under her fluke a few times, before eventually popping up the surface to breath. Then we had a mom hanging at the surface with ‘junior’, with her escort deep below out of sight. All three were chattering so loudly to each other: a fascinating range of low grunts and grumbles mixed with high pitched squeaks and squeals. And this mom sure wasn’t shy! She came right up to us, circling around and around, seemingly showing off her beautiful baby for all to see. 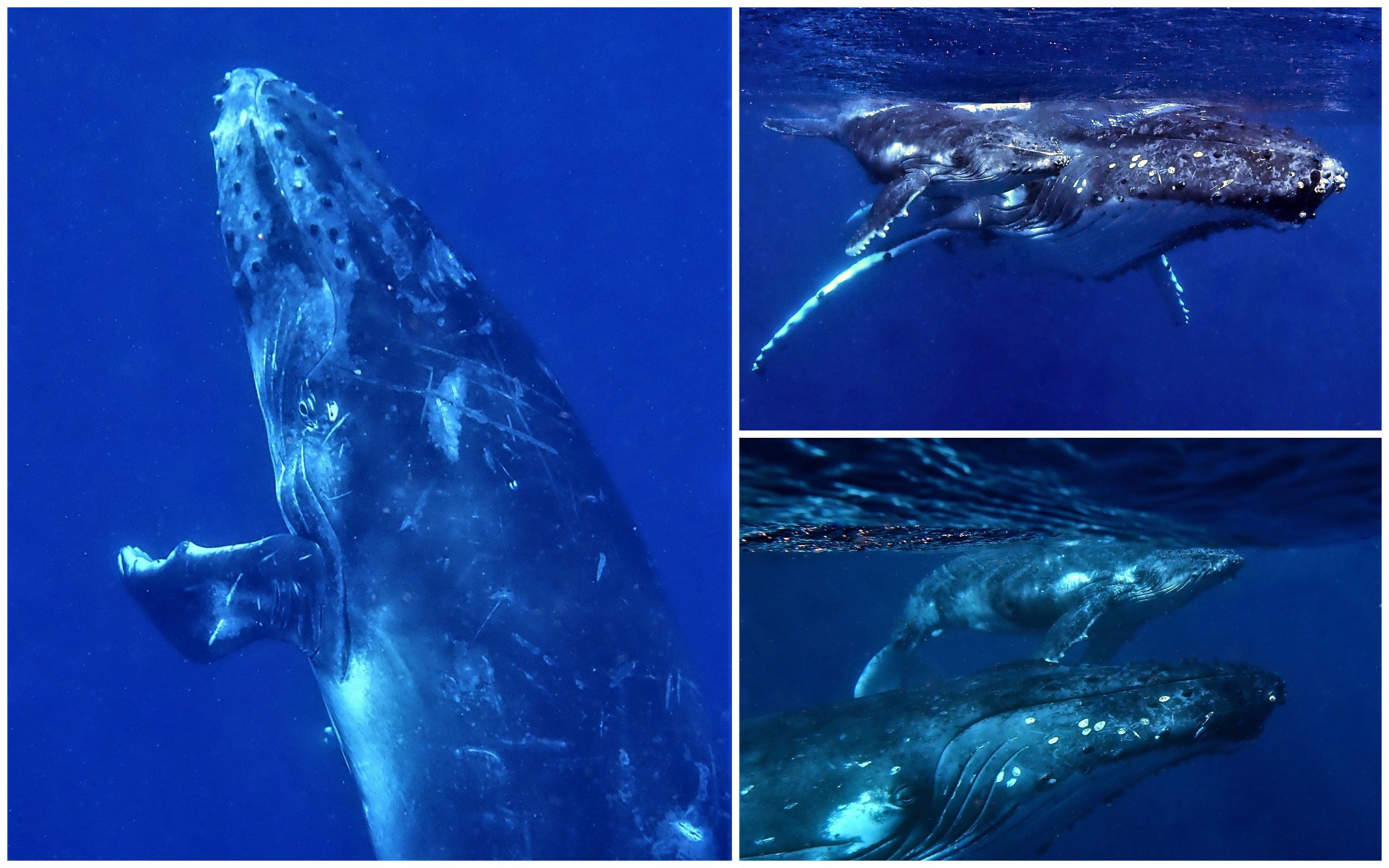 Over the next couple of days, we had some really rough weather to contend with: a true Tongan winter classic of howling winds and pouring rain. However, we still got out there the best we could and were privy to some pretty cool surface action: another exciting bull run and an impressive breaching fest! In between times, our guests never missed an opportunity to get active: they enjoyed several fun snorkeling sessions as well as beach walks and even a little (injury-inducing!) rugby session with our big Fijian boys! We also took some time out to celebrate Robert’s birthday with a wonderful kava party on the deck in the evening. We loved seeing everybody up dancing and singing! 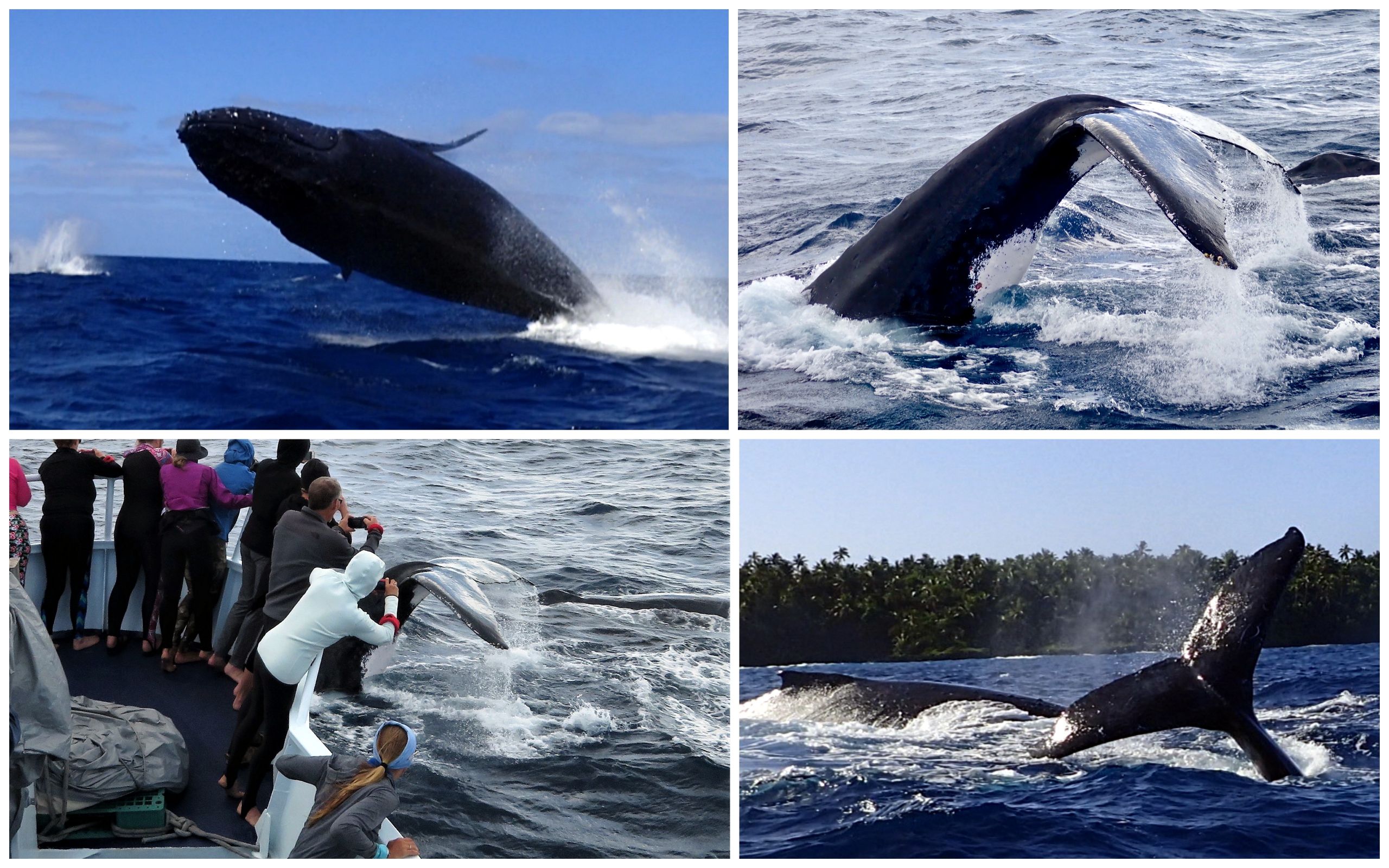 Soon the weather was back on side and we threw ourselves into the action again! We got right out on the skiffs as soon as we saw sunshine and semi-calm seas again, and had ourselves a fabulous few days. We were lucky enough to meet several more relaxed moms, very happy to have us babysit their rambunctious calves while they caught up on rest. These little ones were inquisitive and we’re pretty sure our guests have some VERY up-close photographs! We also came across ANOTHER massive bull run. Some serious adrenaline was pumping as these huge males tussled with each other, lurching through the water, blasting to the surface right beside the skiff, twisting and turning below: we didn’t know where to look as it seemed we were surrounded at some points. Eventually, the fighting mellowed: the whales were still racing each other at high speed but no longer throwing their weight about. So, we decided to try our luck getting in with them! It wasn’t easy – these guys were MOTORING – but we managed to see them flying by a few times!

Our last day really was a grand finale! We came across the most joyful calf, who went on a breaching fest and just couldn’t stop himself: this little guy leaped out of the water again and again for well over an hour. At one point he was doing laps around the skiff! And we all got quite the surprise when momma suddenly decided to show little one how it’s done and LAUNCHED herself full-body out of the water, in a massive breach no more than 20’ in front of the skiff bow: she seemed to hang mid-air for what felt like an eternity allowing us to take perfect mental snapshots of the beautiful girl in front of us. What a way to end! 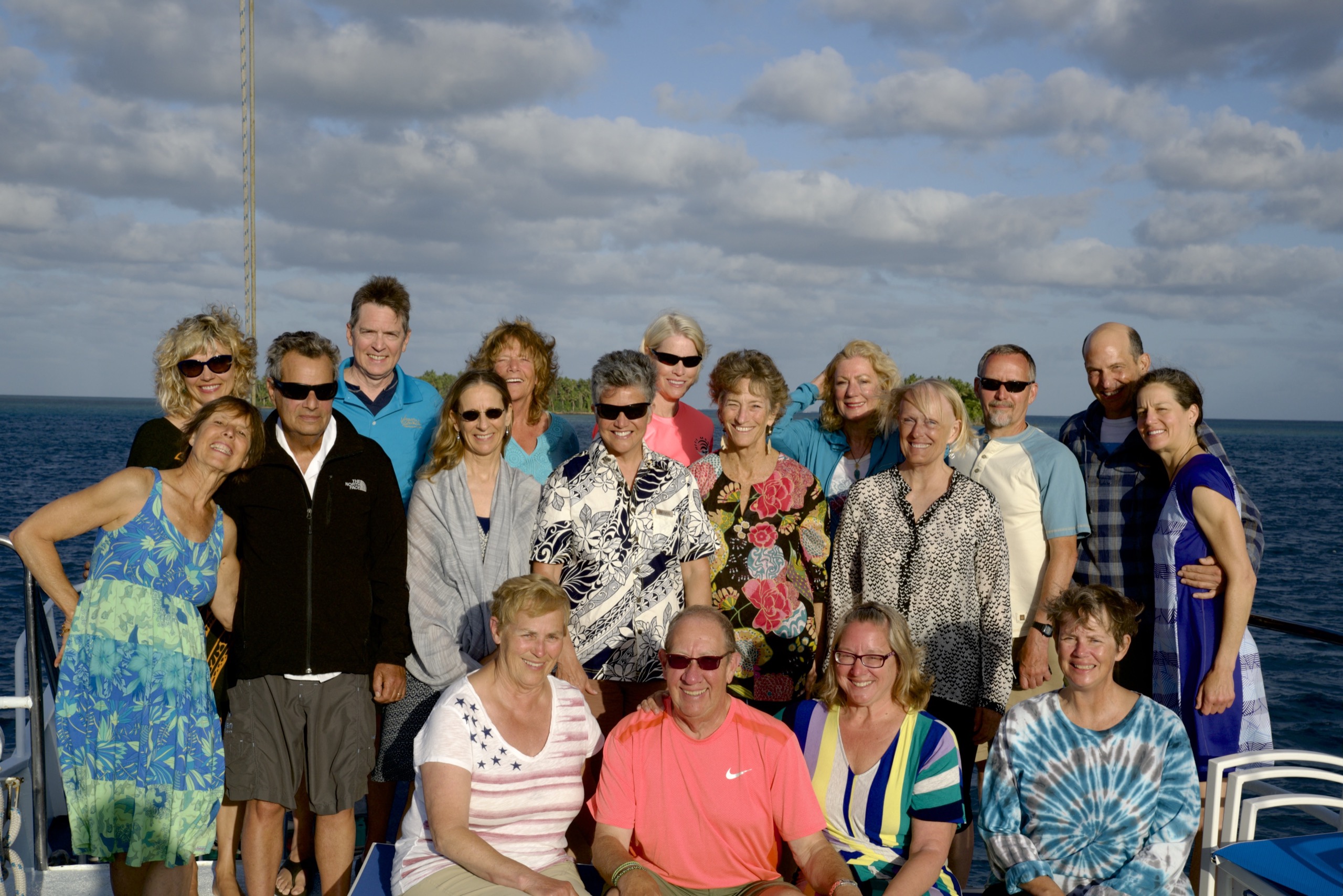 This was such a special trip and we know all of our guests have memories of our beautiful whales that will last them a lifetime. Thank you for sharing this incredible secret with us!

"What a fabulous crew on this magical trip of a lifetime! You all made it PERFECT!" Liz

"I had such a wonderful time on the NAI'A! Every part of it was so enjoyable!" Karen

"Vinaka for an amazing 9 days with the whales! The crew on the NAI'A is the best in the world!!" Wendy