After a fascinating but dry month taking our HAM radio adventurers up to Baker Island (see previous blog post DXpedition: Baker Island https://www.naia.com.fj/blog/dxpedition-baker-island/ ), we were so excited to get back in the water: we were a little worried our gills were beginning to dry out. And what better way to get back in tune with Momma Ocean than to kick start our Tonga 2018 Humpback Whale season!! Joining us for the trip of a lifetime were Ramiro and his team of seven regular buddies from his dive shop in Florida, NAI’A returnees Steve and Lisa (onboard just a few weeks ago, in fact), Hawaii-based artist Suzanne, Israeli trio Smadar, Eli and Galia…. And last but not least, NAI’As first EVER booking agent Mel and her husband Ron. Welcome aboard! Now let’s go find us some whales…..

It’s always a nervous time, the very first trip of the season: we deliberately don’t come to Tonga until July when we pretty much know the whales will already have arrived after their long migration from Antarctica and yet there’s always that tiny speck of doubt lurking in the back of our minds that maybe, just maybe, there just won’t be any whales yet this year. So, you can imagine our relief and delight when we were already spotting multiple whales, just hours after hauling anchor on the first full day of the trip. We had some pretty impressive surface action: full body breaches on the horizon were pretty impressive, and were greeted with shouts of ‘Whale Ho!’. But these show-stopping moves were then completely overshadowed by the two huge adults who came right around and even under NAI’A, sneaking under one side then popping up on the other. We’re not embarrassed to admit when one actually made us jump, as it unexpectedly surfaced and let out a huge grunt right below the bow where we were sitting! Wanting to at least attempt some in-water sightings on the first day, we did get the skiffs out trying but sadly had limited success at this time: a few people could say they’d seen their first humpback whale… But it was more of a shadow in the distance than the incredible encounters that we’d have in the coming days! We eventually decided to anchor, finding shelter at the island of Uonoku, and most of the gang headed out for both an afternoon dive and a night dive. In fact, we’re not sure we’ve ever seen SO many of the group enjoying night dives: good work! And it paid off, with divers coming back with reports of multiple Spanish Dancers. 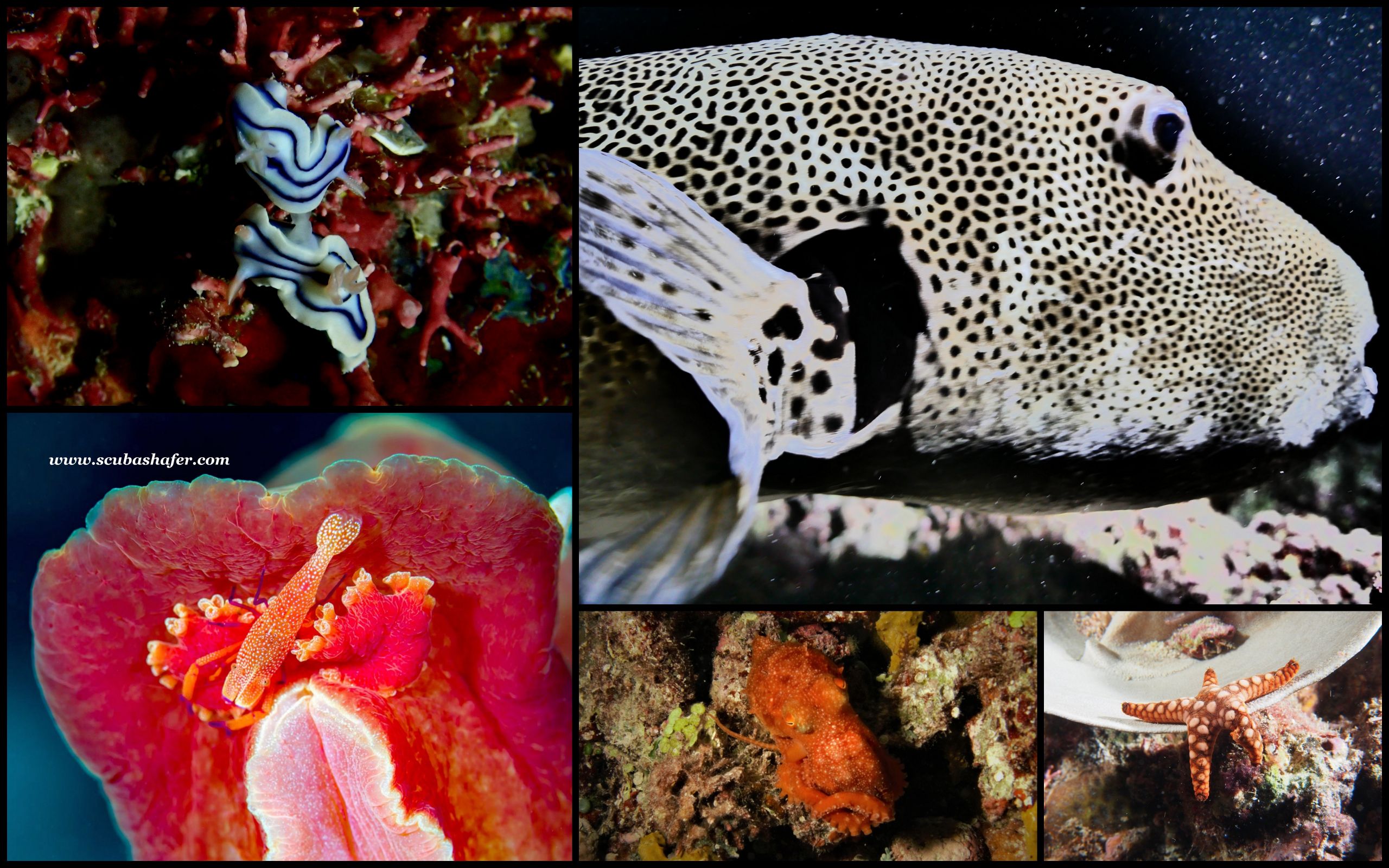 The next day, we all woke up full of energy, raring to go and really keen to get in the water with whales that day. And, so, we did! We had a quick breakfast and then headed out on the skiffs immediately. Both skiffs had enormous success! One skiff rode out the most extreme test of patience: they were trying to engage 2 big adults but the whales would only surface for a single breath and then totally disappear for the next 20 minutes, making it near on impossible to locate them precisely enough to get in with them. It took a full hour and a half of calm persistence to finally locate them hanging maybe 40’ below the surface: once we had them, we could keep track of them and we went on to have several amazing encounters, with these huge animals gently rising up towards us, twisting and showing off their white tummies. We also discovered a great trick with these guys: threaten to leave and look for other whales, take off your mask and fins… And, BAM, there they are! Meanwhile, the other skiff spent a little while on their group entry and approach techniques – now affectionately called ‘pod-dy training’ – and were rewarded with a lovely, full grown whale just rising and falling below them, peacefully letting them all observe quietly. We ended a glorious day with a beach walk at Uoleva (and a few cheeky beers for those not diving!) and after dinner Big Mo took another near on full-attendance night dive.

It was the third day of the trip where everything really came together and we all had those true, once in a lifetime, WOW moments with the Humpbacks. We sent out two skiffs to two really different encounters and both were so phenomenally successful in wildly different ways. One group were treated to our very first mom and calf encounter of the 2018 season. We couldn’t have asked for a more perfect situation: it was a bright, sunny day, the water was gorgeously clear, and mom and her beautiful little baby were just hanging peacefully in the water waiting for us. We all got such a great view of both mom and her little one, and ‘awwwwwwed’ through our snorkels as she lifted him out of the water on her nose to breath. It was the calmest, most ‘zen’ experience you can imagine and the whole skiff came back silently satisfied: there simply are no words to describe such an interaction. The other skiff, however, had the polar opposite experience: adrenaline and excitement and go-go-go as they kept pace on the skiff with a TEN whale bull run! This is an exceptionally rare occurrence and these guys were SO lucky to be witness to it. Seeing so many huge males racing and fighting through the water is a true eye-opener to the raw power of these animals. We anchored at the island of Hafeva on the west of ‘The Playground’ and sent out an afternoon dive to round up the day: divers came back impressed with the beautiful, healthy hard corals Tonga has to offer. We were all exhausted but so, so content at the end of the day and were delighted to hear Smadar call it “one of the happiest days of my life”. That’s the kind of effect these incredible animals can have on you…. 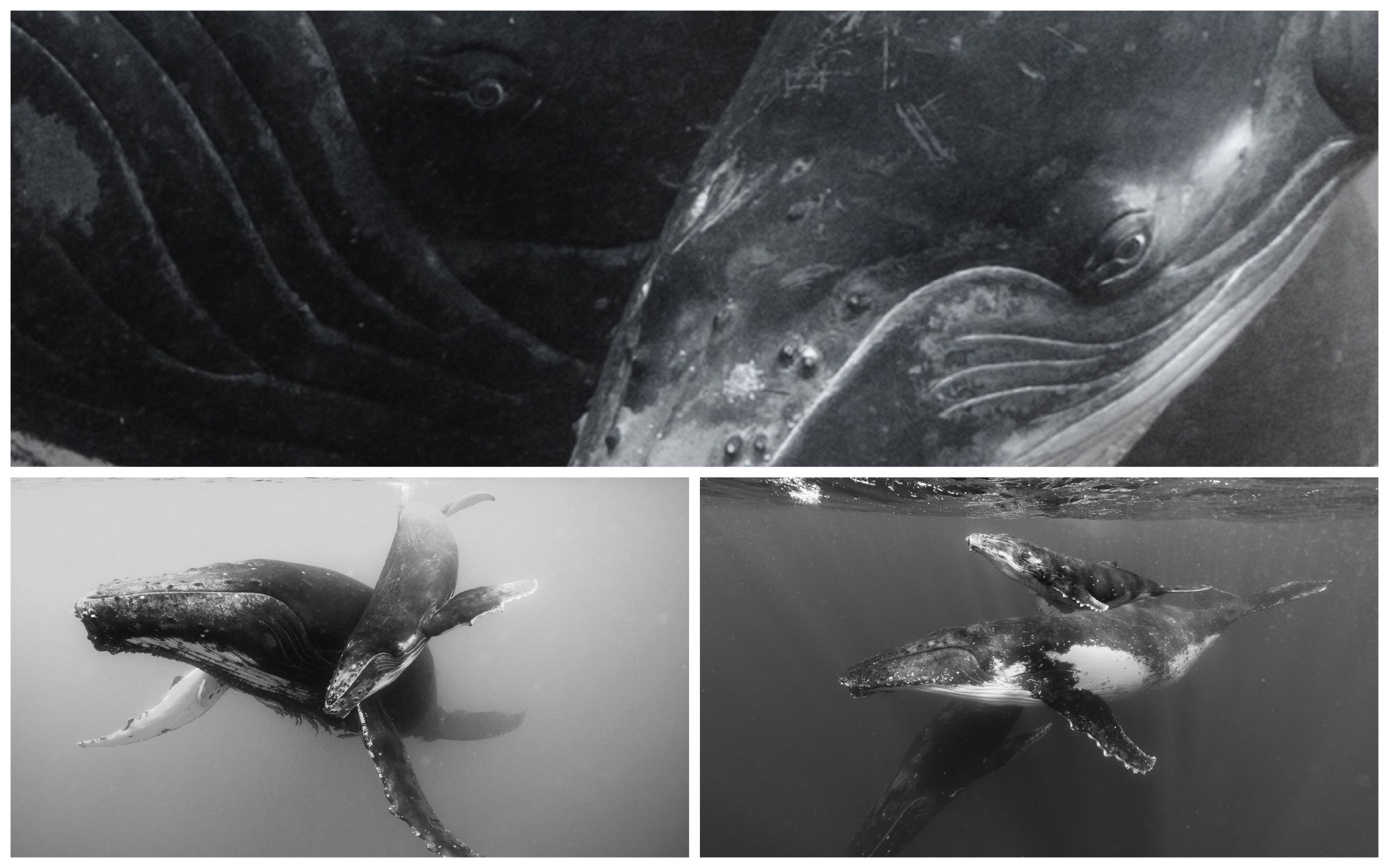 Well, you’ve got to accept the highs with the lows in this tricky whale-watching game and the following day was the yin to the yang of the day before. It was a sloooow morning with not all that much activity: this group is super positive, however, and saw the good in the situation, enjoying the time to edit their gazillions of photos from the previous encounters! We did manage to get a skiff out in the afternoon and they had a pretty cool encounter with a mom, calf and escort. They worked HARD for it though: 3 hours out on the skiff, bouncing around in the big waves, for a few minutes of incredible action! It’s those special moments that will be remembered forever, though (you will eventually forget the sore backs and necks, trust us!).

The next day, we were well and truly back in the game! Some even called it “the most perfect day ever”. We had two amazing encounters. First up was a mom, calf and escort which always make for a fascinating interaction: you never quite know how it’s going to play out. Will escort let you enjoy observing or will (s)he take mom and calf away, out of sight? This one was pretty relaxed and allowed our group to engage, although (s)he and momma did work hard to keep little one tucked away between them. Second, we had a gorgeous mom and calf who allowed us to hang quite peacefully and get a wonderful perspective of their relationship. Not only that, we saw baby learning to breach (adorable!!), AND we had a pod of spinner dolphins come in the play! We ended the day with a phenomenal night dive: Spanish dancers, octopus, sea hares….. 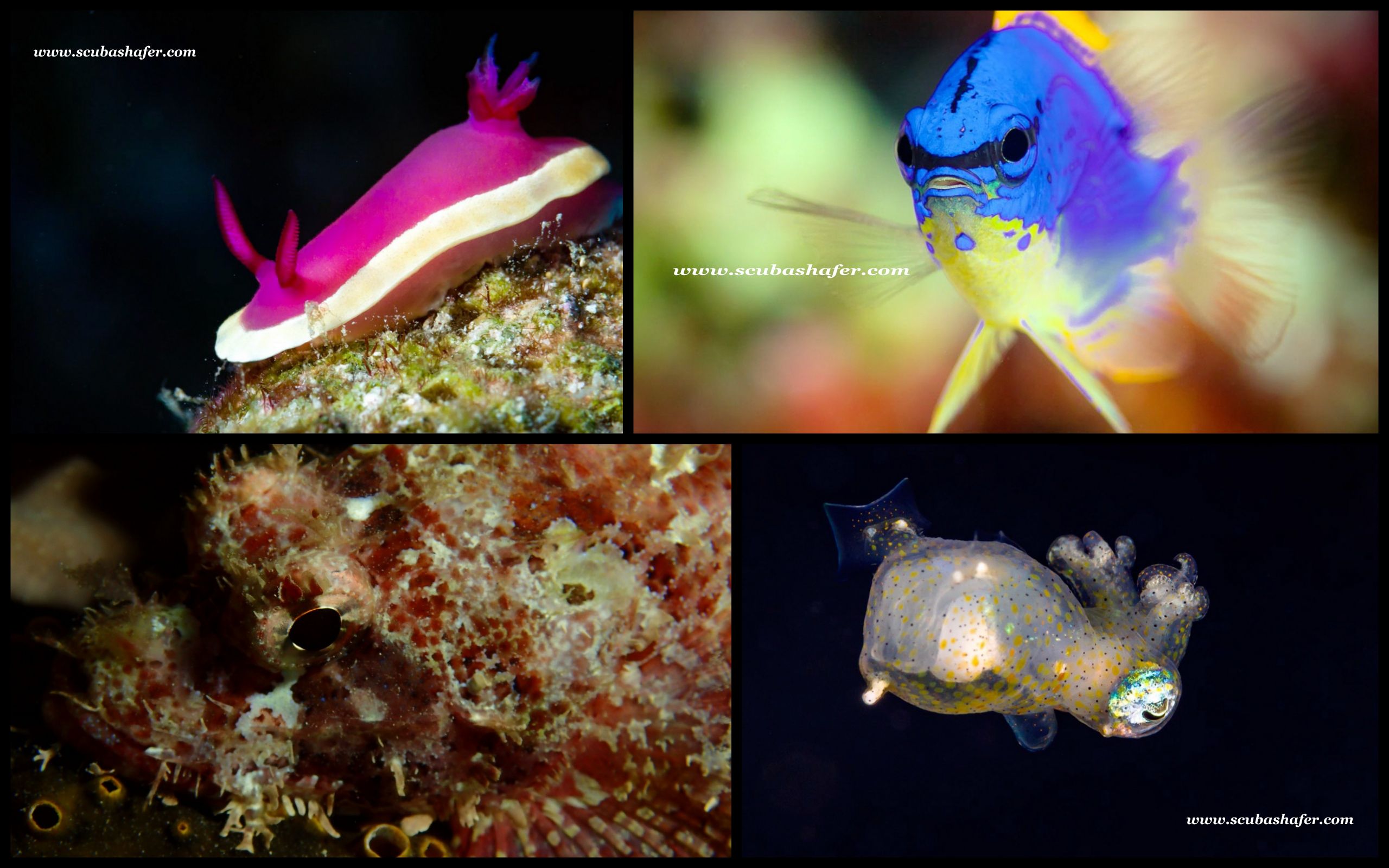 We could hardly believe it when the next day turned out to be even better! Though it was a total emotional rollercoaster. In the morning, we had the most perfect encounter imaginable: three full grown humpbacks (we THINK all female?), just DANCING right there in front of us. They were so relaxed and comfortable with us and put on a non-stop show: twisting and turning gracefully below, rolling over on the surface, spy-hopping right before us… Utterly breathtaking! Nobody had the words to process what they’d seen but we all knew it was something magical.

After an incredible morning of whale encounters, we all came back for lunch feeling fortunate and blissed out. But a distressing radio call came in from Emma Johnson aboard the whaleswim boat belonging to Sea Change Eco Resort asking for assistance. They’d found a humpback whale badly entangled in rope, unable to swim and barely able to breathe. See the full report of the whale rescue here. 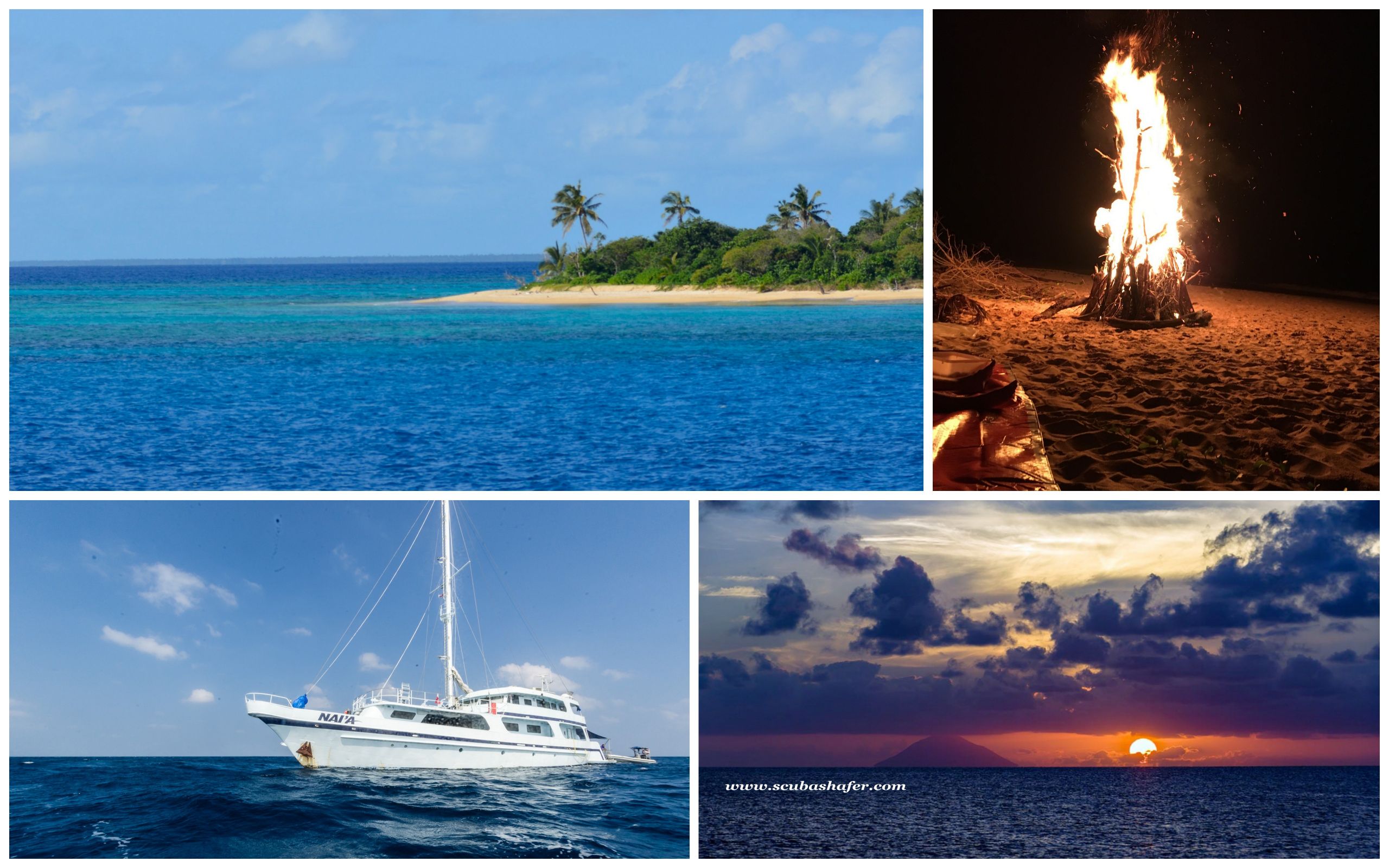 That night, after such an emotional day, we all needed to let loose a little and celebrate our rescue. It was a little late in the day but by a supreme group effort we succeeded in building an enormous bonfire on the beach ready for that evening’s kava party! We had a fabulous few hours hanging out with the crew, drinking kava, listening to music and chatting about the day’s events. Though we wholeheartedly wish there was a never a need for such a rescue – it upsets us so badly that humans have caused these situations - it was still an incredible thing to be part of and we feel so proud of everyone’s efforts. 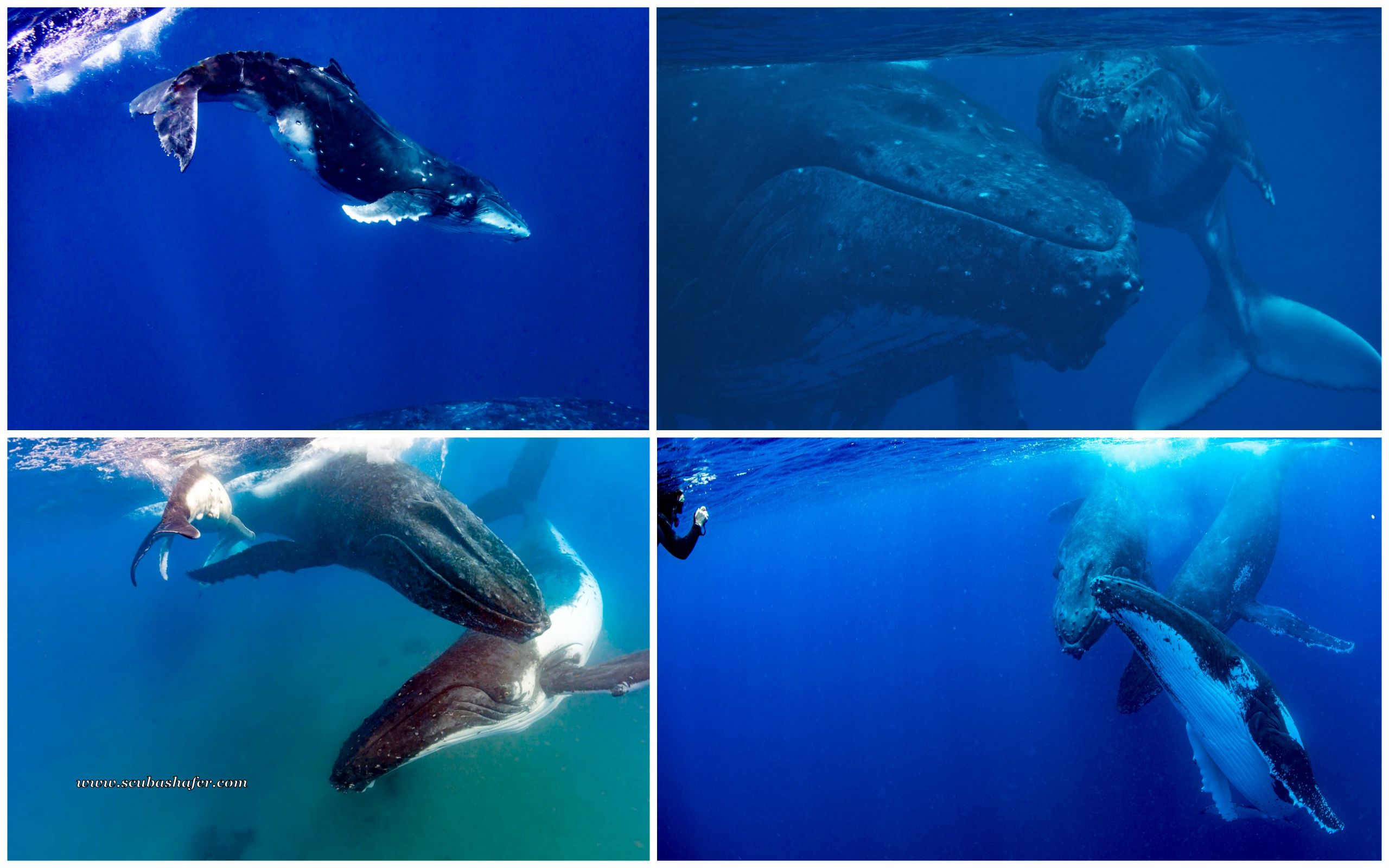 The next day we all awoke a little slow after such an emotional and adrenalin-driven day the day before. But after a hearty breakfast and a good cup of coffee, we were all good to go again! And just as well, because the whales were ready and waiting and both skiffs got straight on out there. The highlight of the morning was an excessively friendly and playful young’un; likely just a few years old, not quite at sexual maturity yet, so nothing to do really other than play with the funny little humans! This whale had no sense of personal space whatsoever and came right at us several times: only to glide away at the (very, very) last possible second. And he kept throwing his tail around, going all floppy-floppy like a puppy, causing us to launch ourselves out the way several times! It was incredibly exciting albeit a little nerve-wracking. Chad, who was leading the group, came back exhausted after several of the group clung on to him for protection! That afternoon, we all enjoyed gathering in the salon to check out the video footage of the whale rescue: we’d taken it so we could prove, if necessary, that we were using SCUBA only to help the whale, but it was a great opportunity for those who had been watching from the boat to see what had been going on underwater. 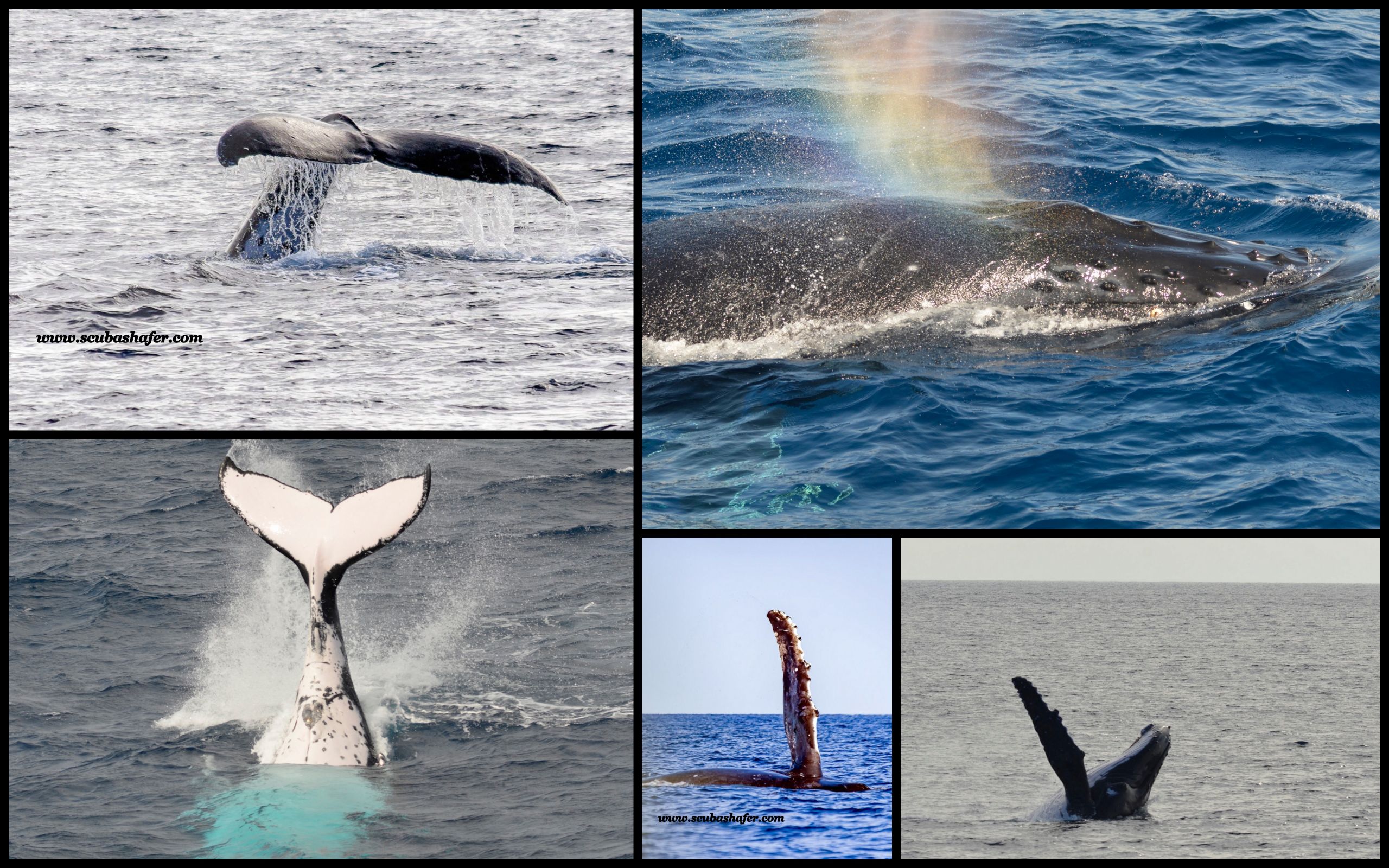 And so, we came to the last day of the trip. Honestly, it was one of our slower mornings with not a ton of activity: a few fly bys which on Day 1 would have blown everyone away, but we’d all been so spoilt by now that it seemed almost ‘ordinary’. However, we were treated to a grand finale in the afternoon, spending time with the craziest young whale: rolling around in the water, belly up, throwing fins and tail around in a playful manner…. We had quite the giggle watching her repertoire of moves from both above and below the water! We felt SO fortunate to have had so many encounters and all of them so varied: bull runs, moms and calves, escorts, groups of dancers, overly playful teenagers…. Wow, just wow! What a way to start the season. Long may our success continue! 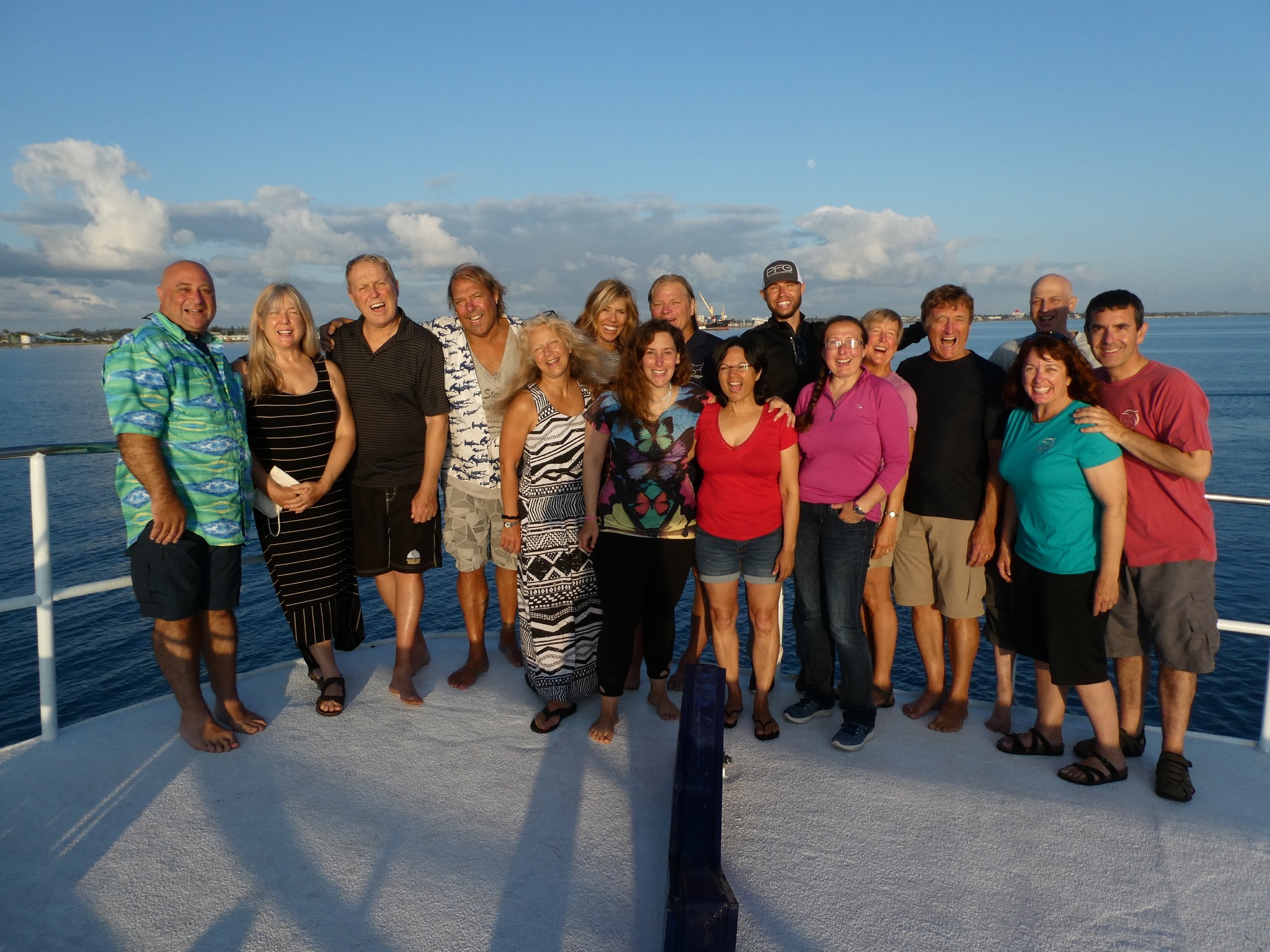 "...one of the most awe inspiring experiences of our lives..." Steve & Lisa 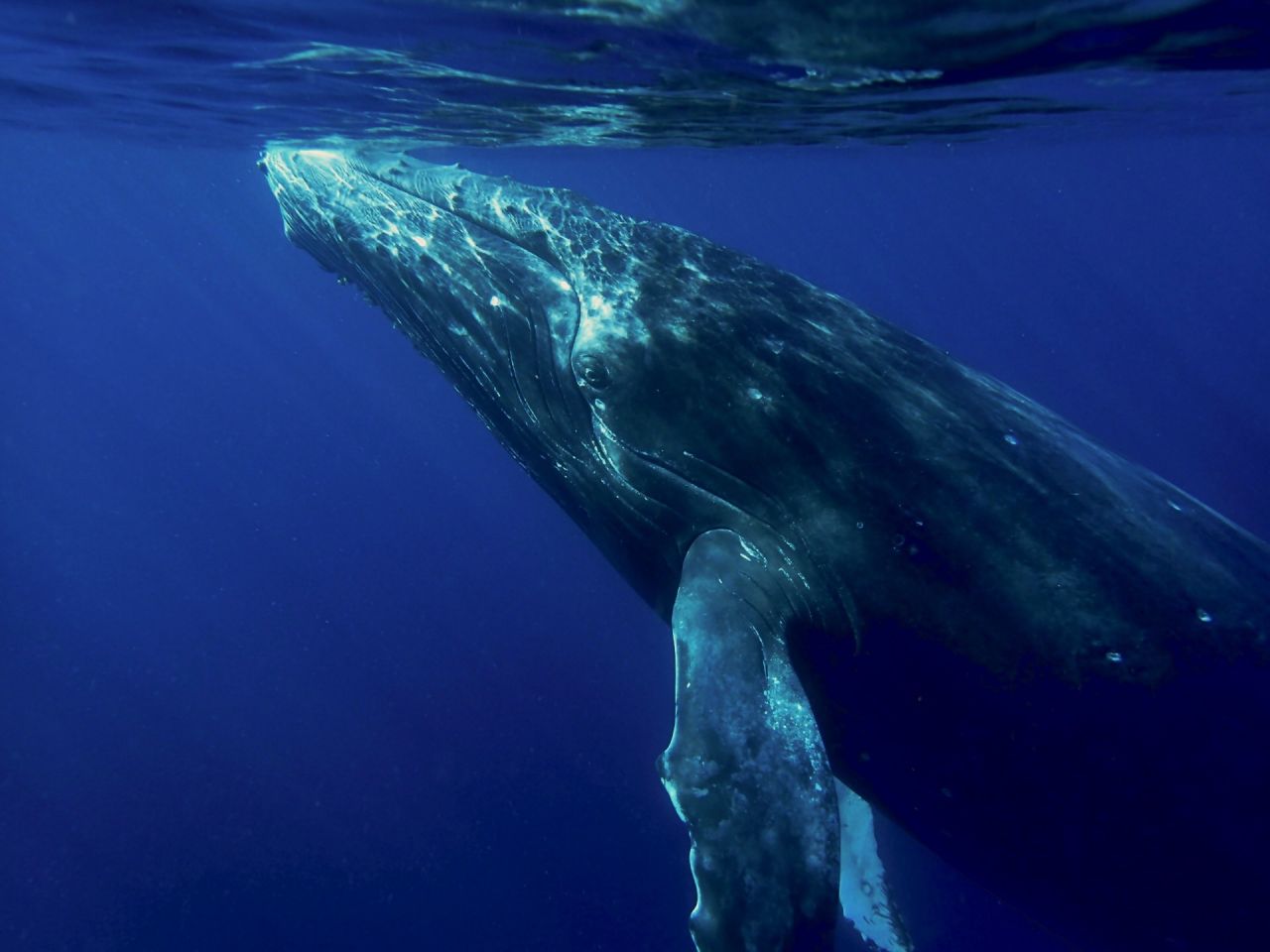 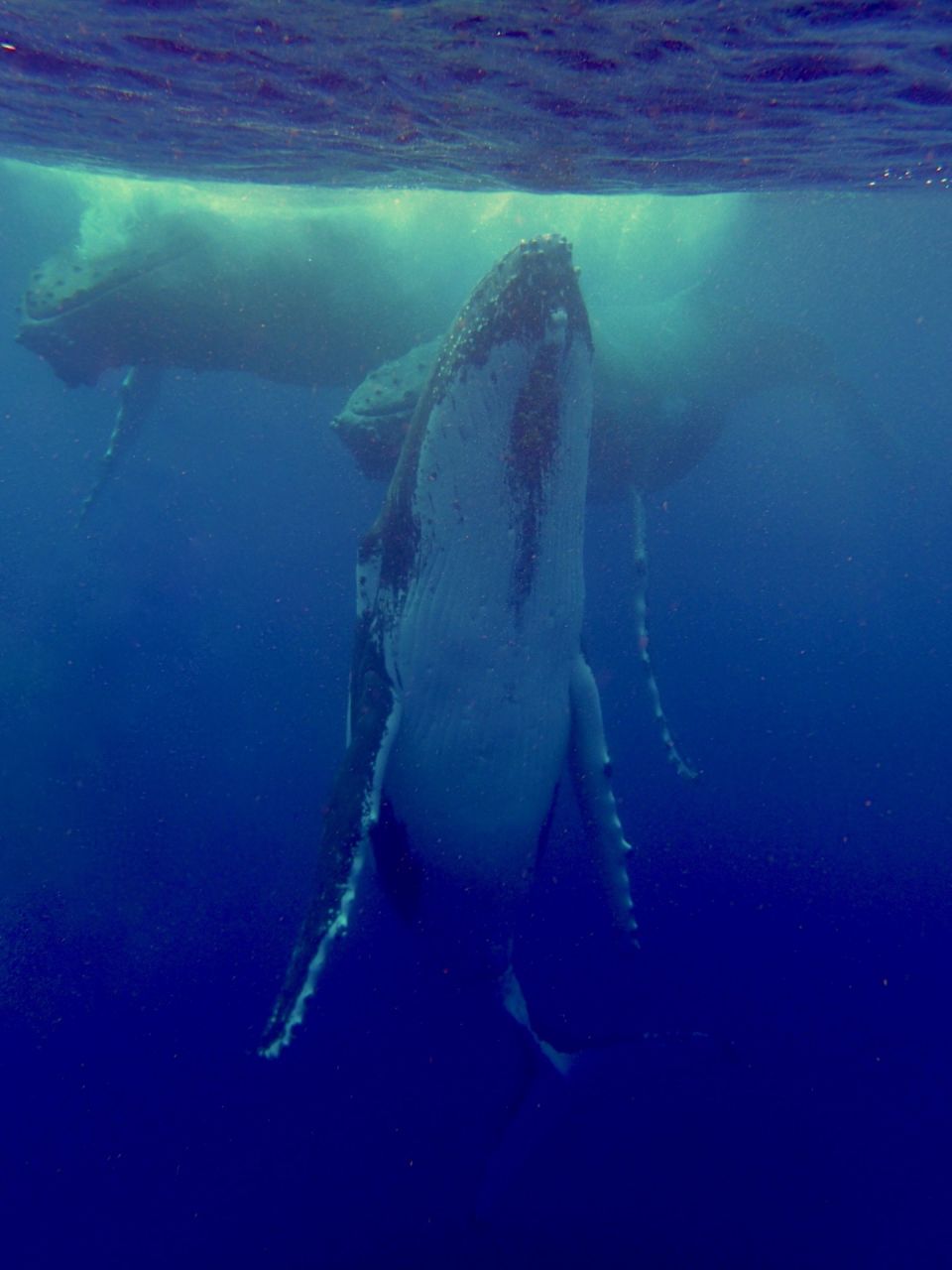 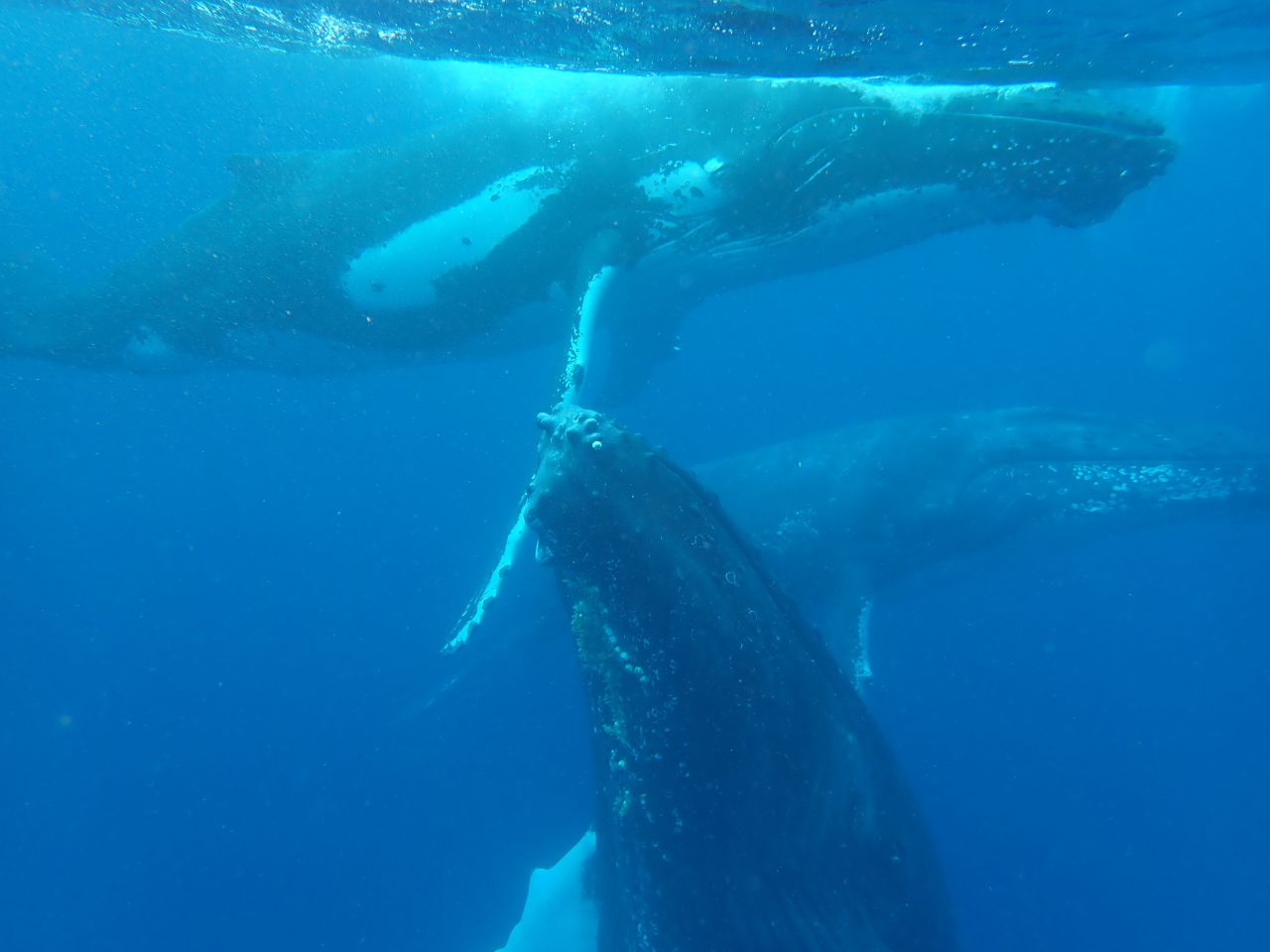 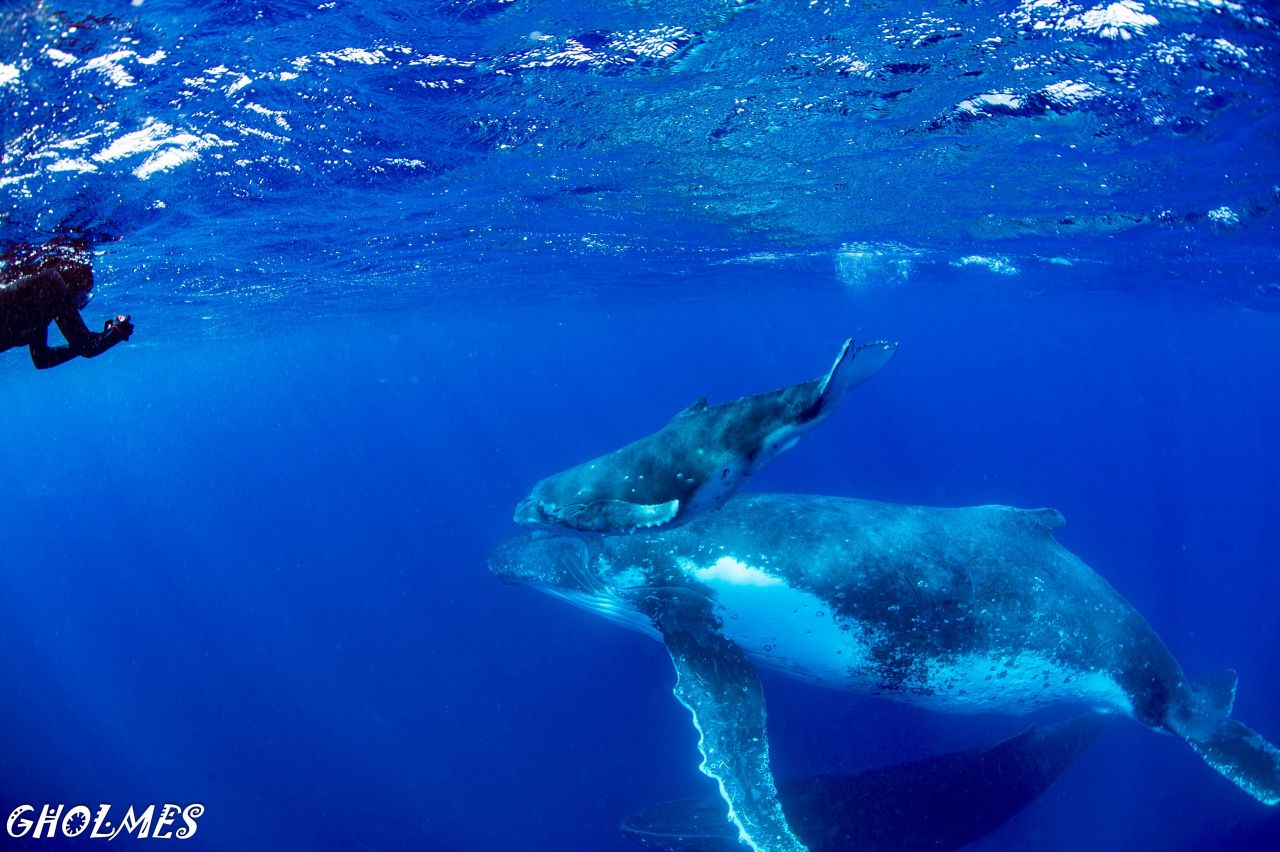 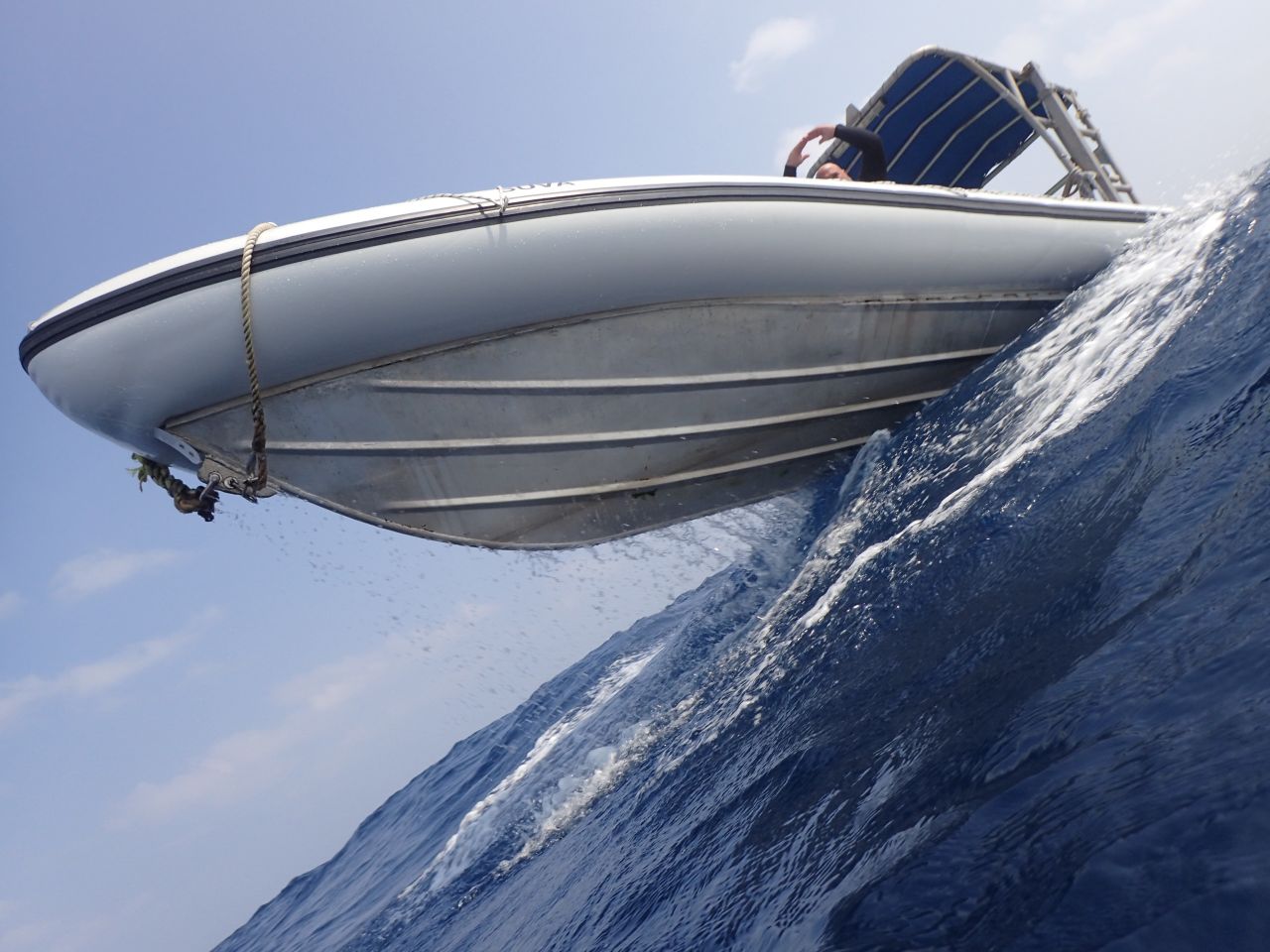 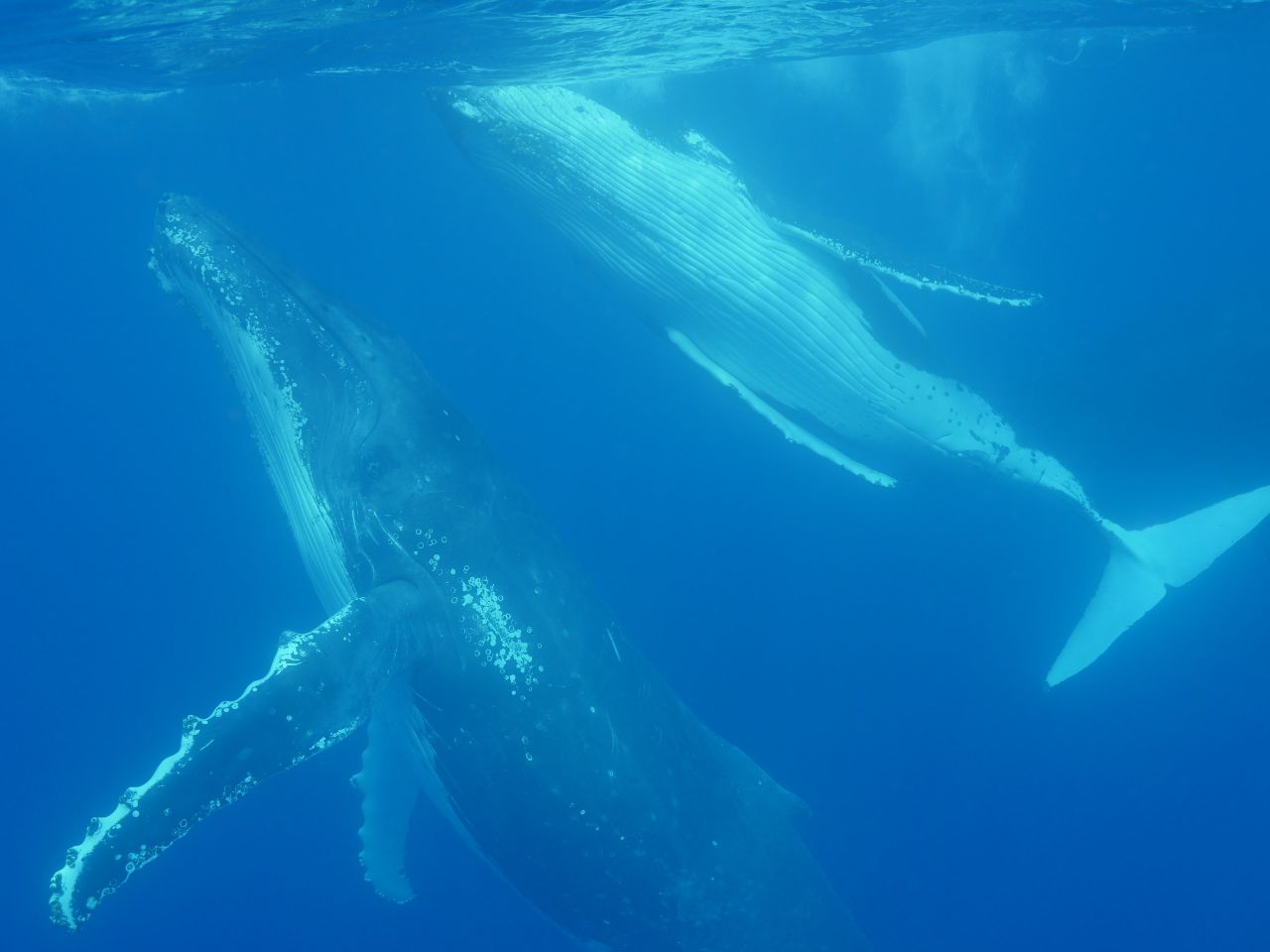 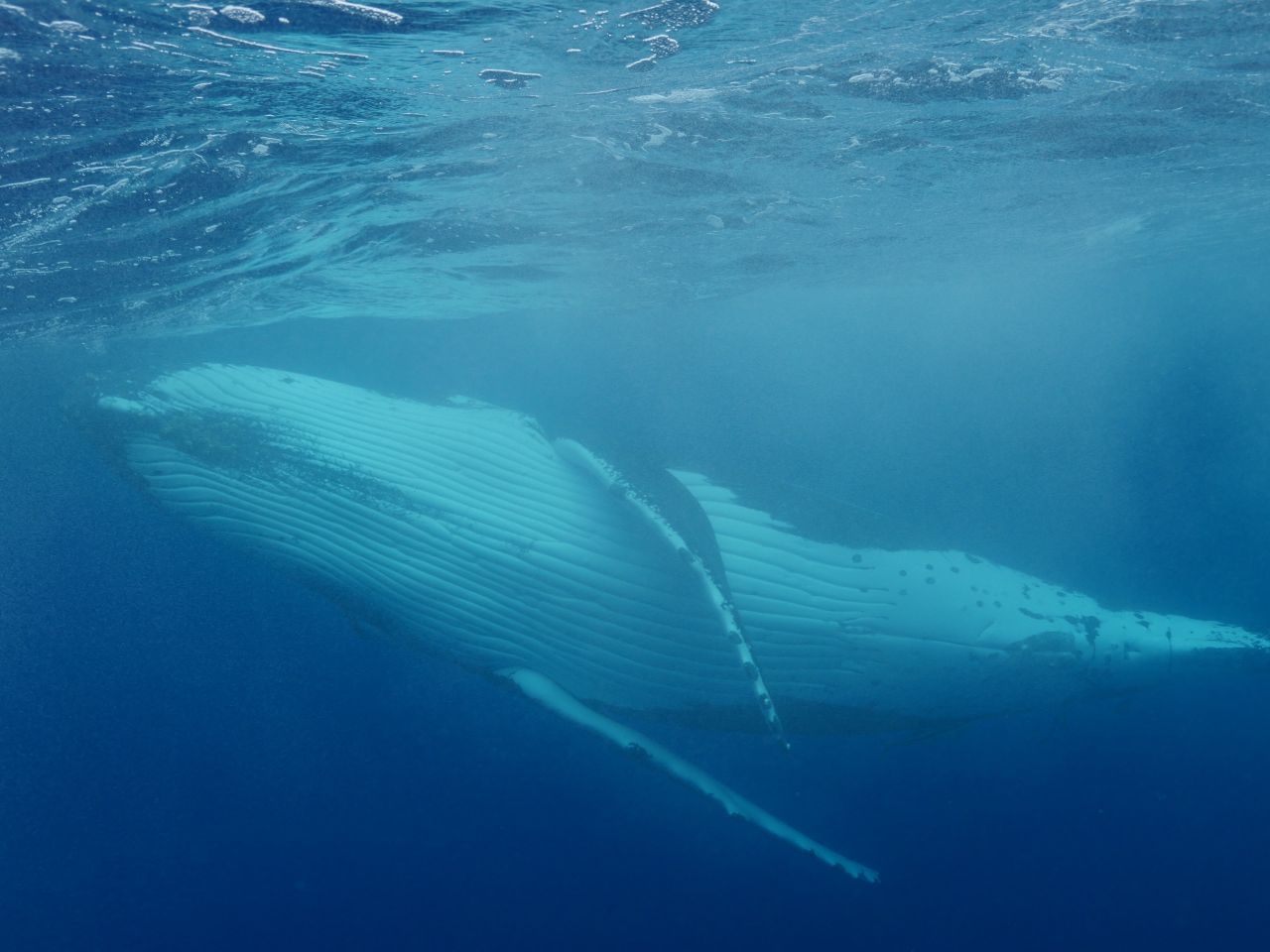 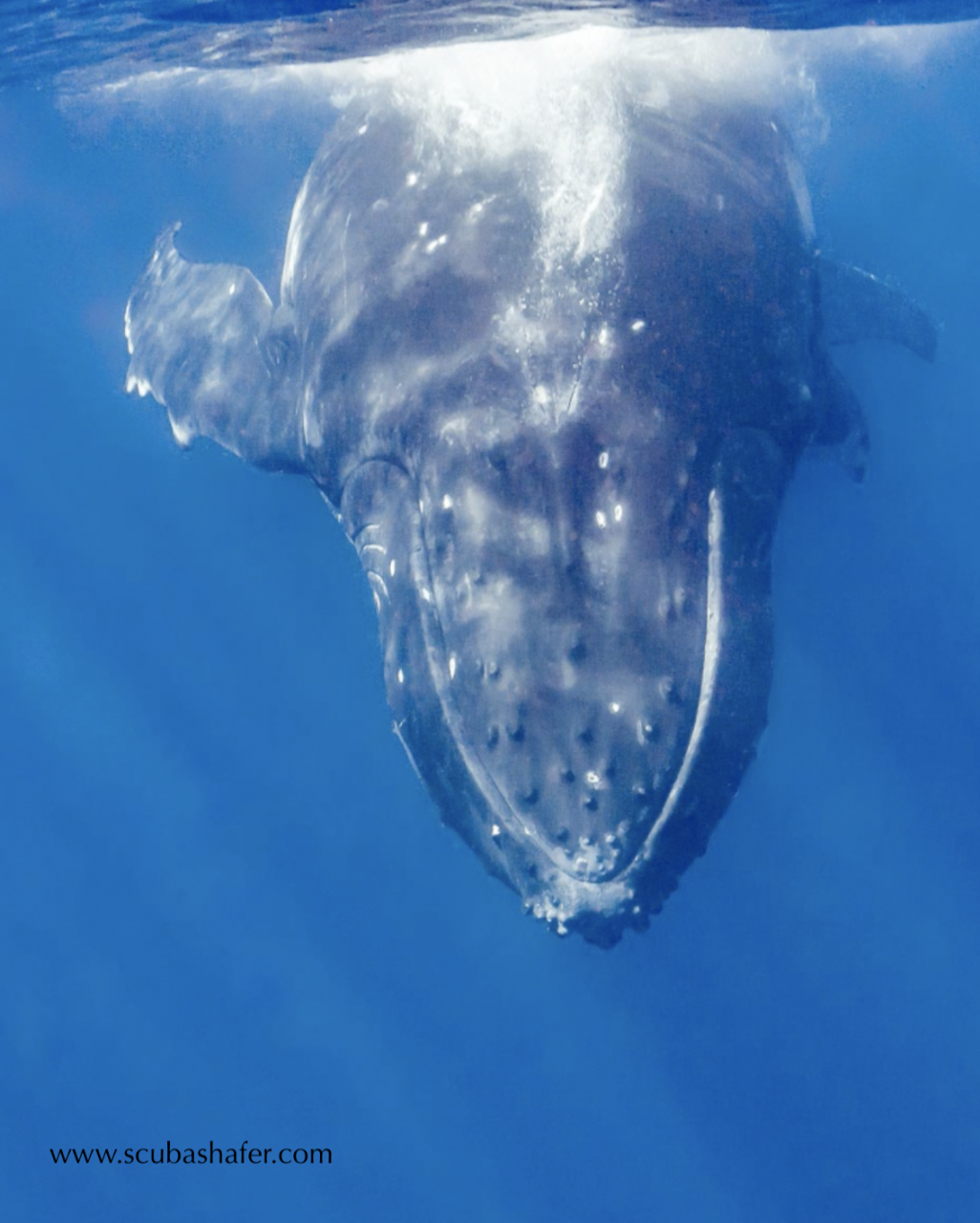 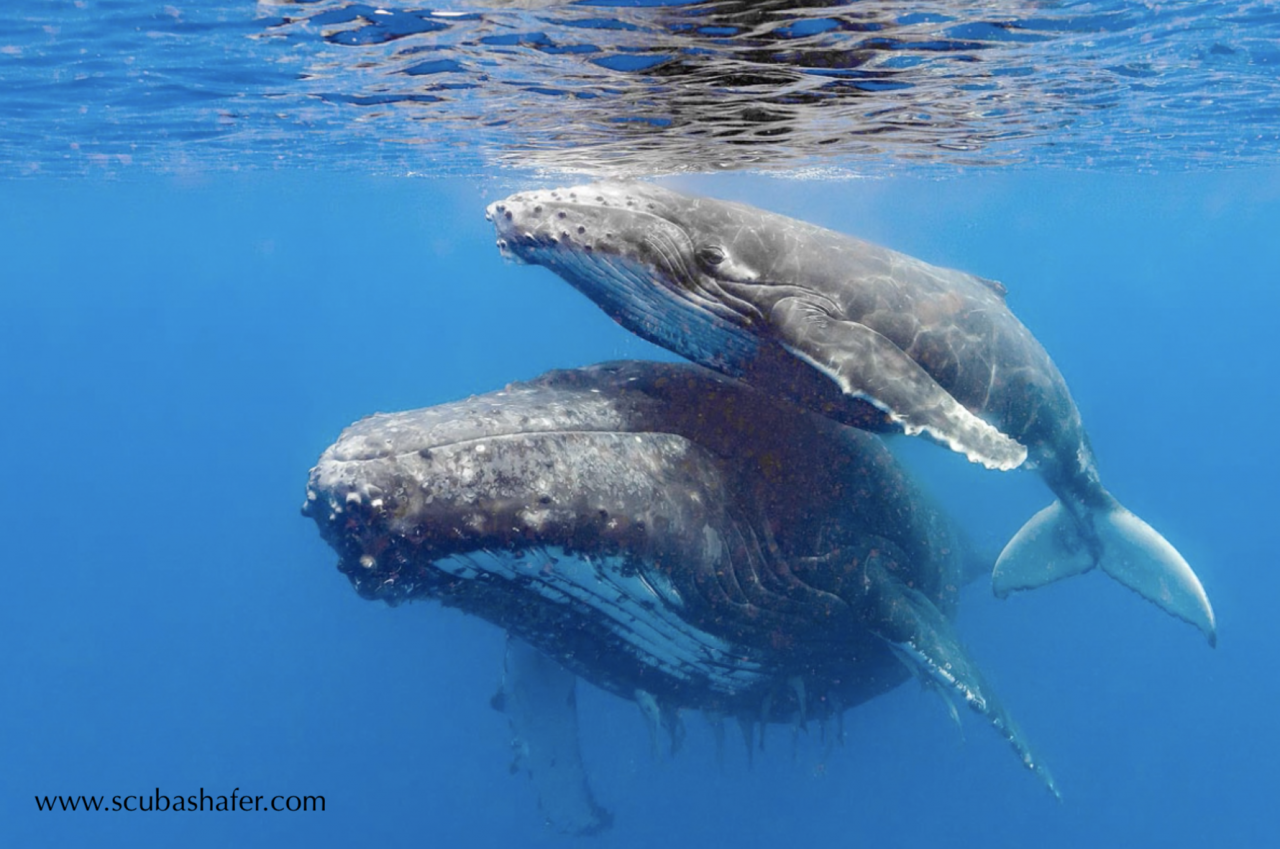 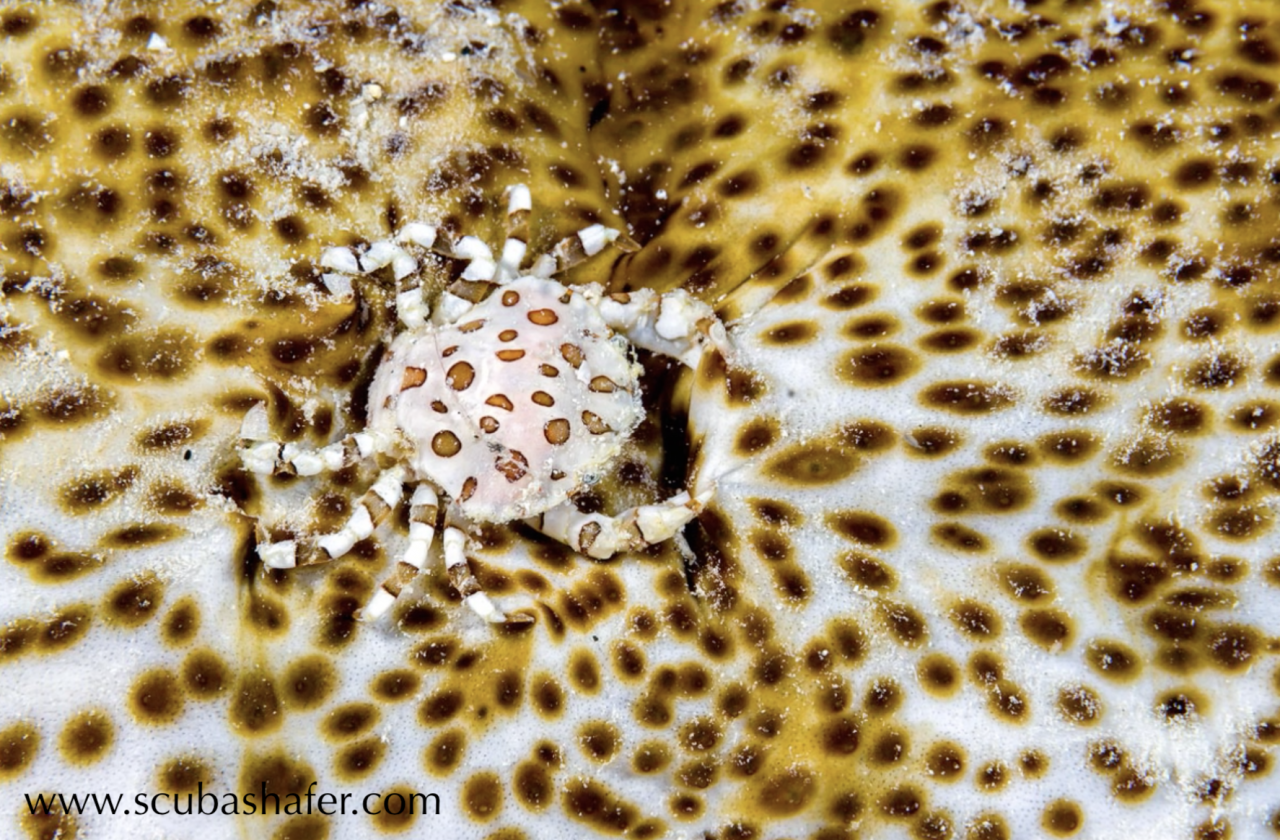 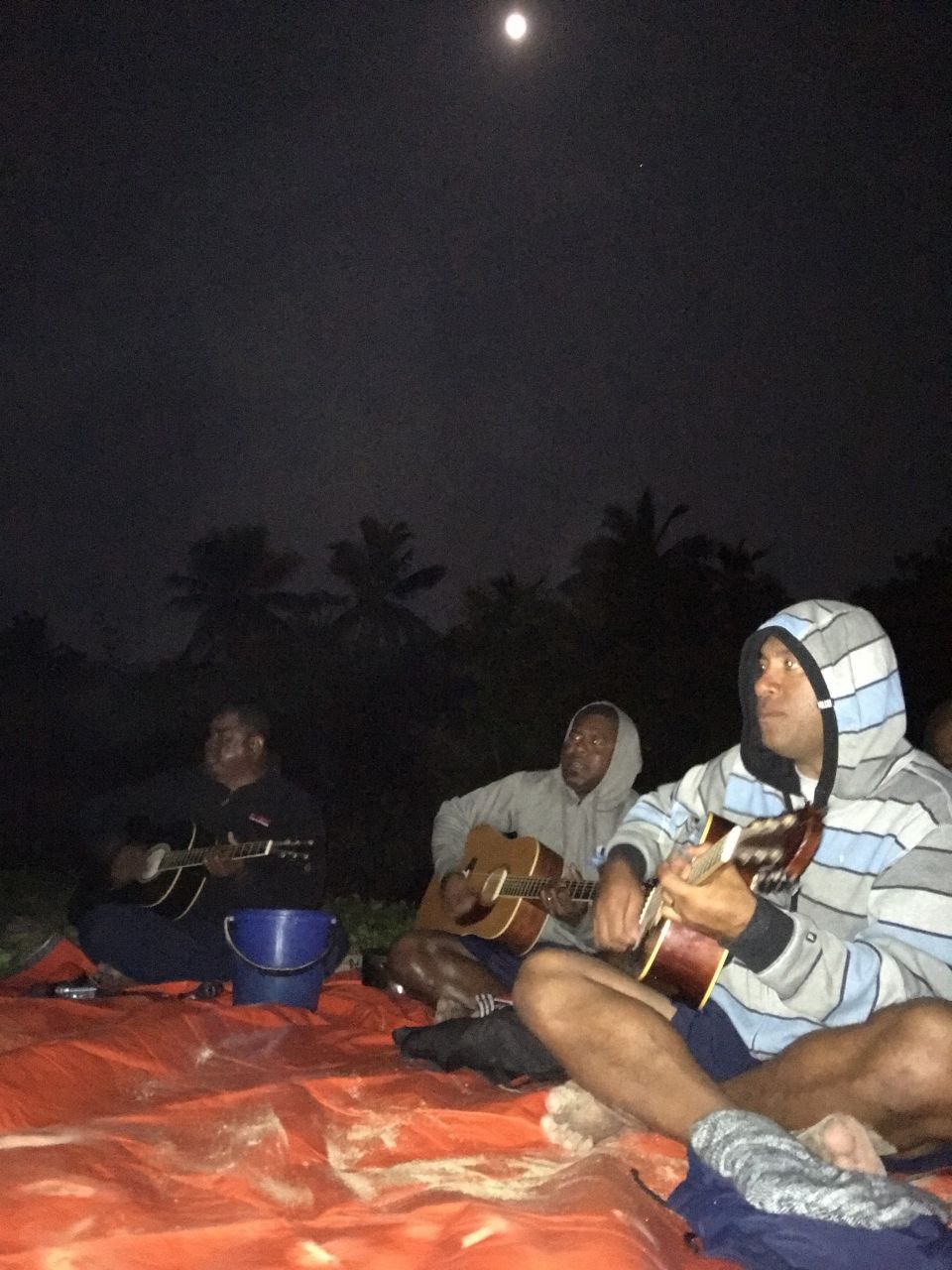 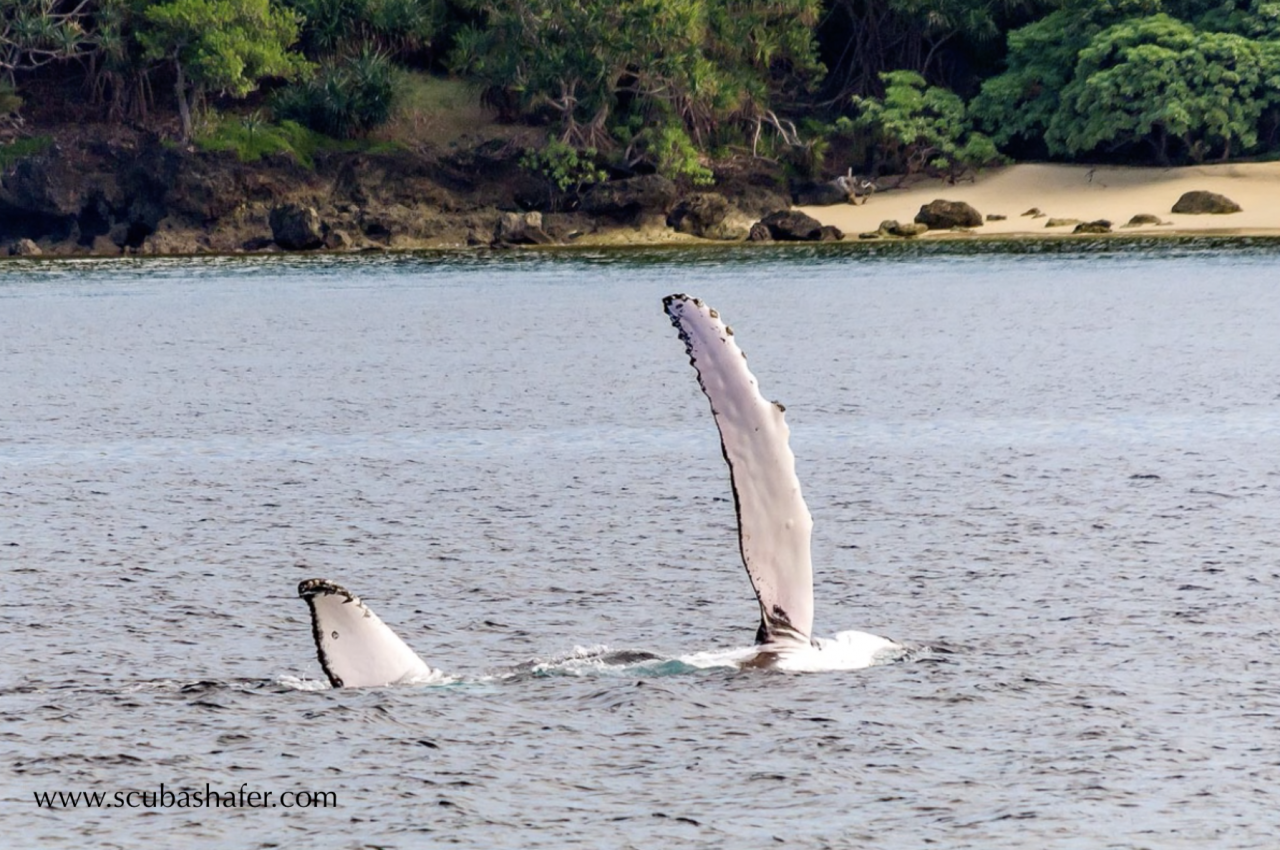 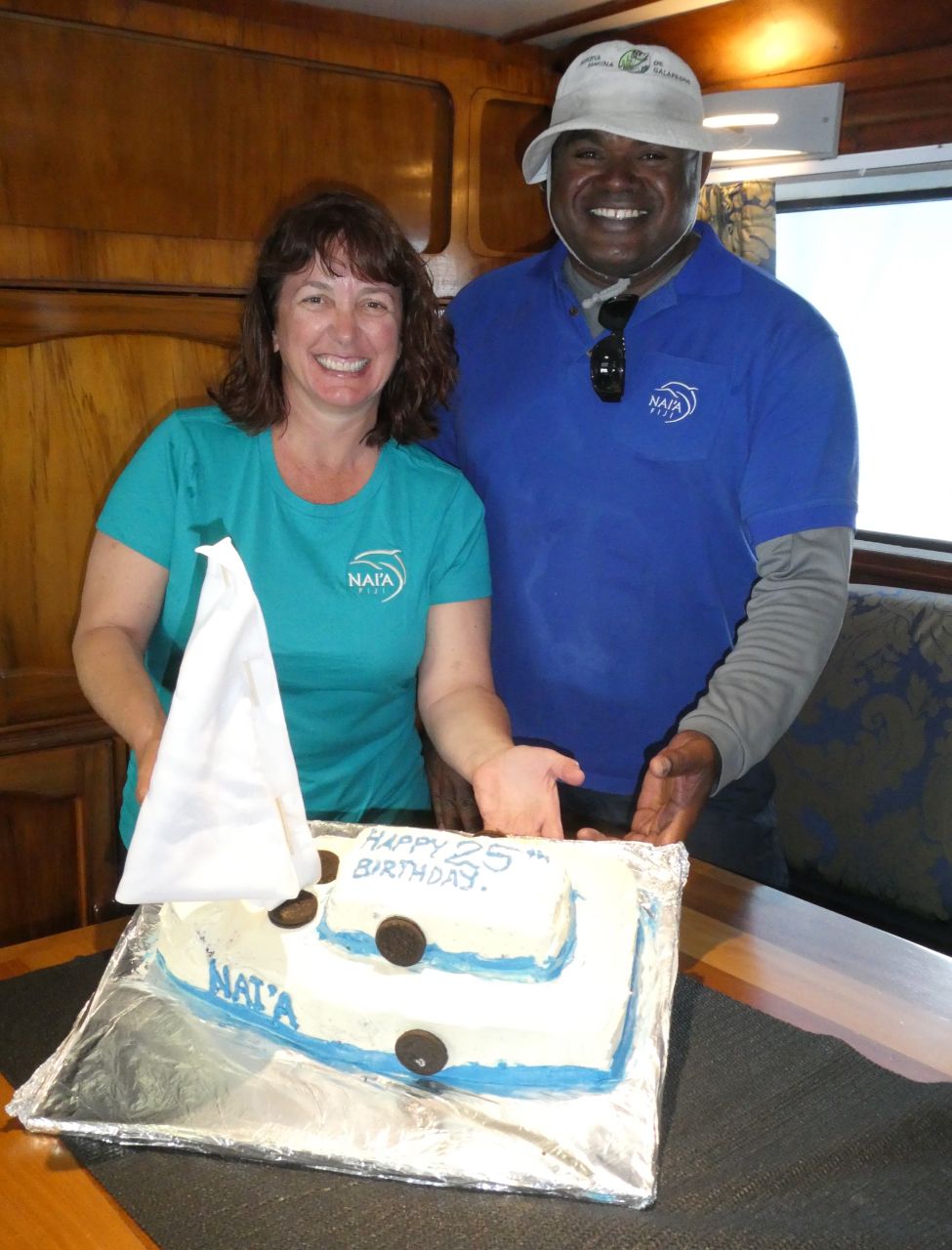