As far as diving is concerned, our trip was just tremendous! The abundance of schooling fish we encountered at Namena Marine Reserve was out of this world, and our Manta encounters in Wakaya were some of our best yet. Our group was very lively, diverse in age and cultural backgrounds, and they mixed together in a way that elevated the trip to a whole new level. 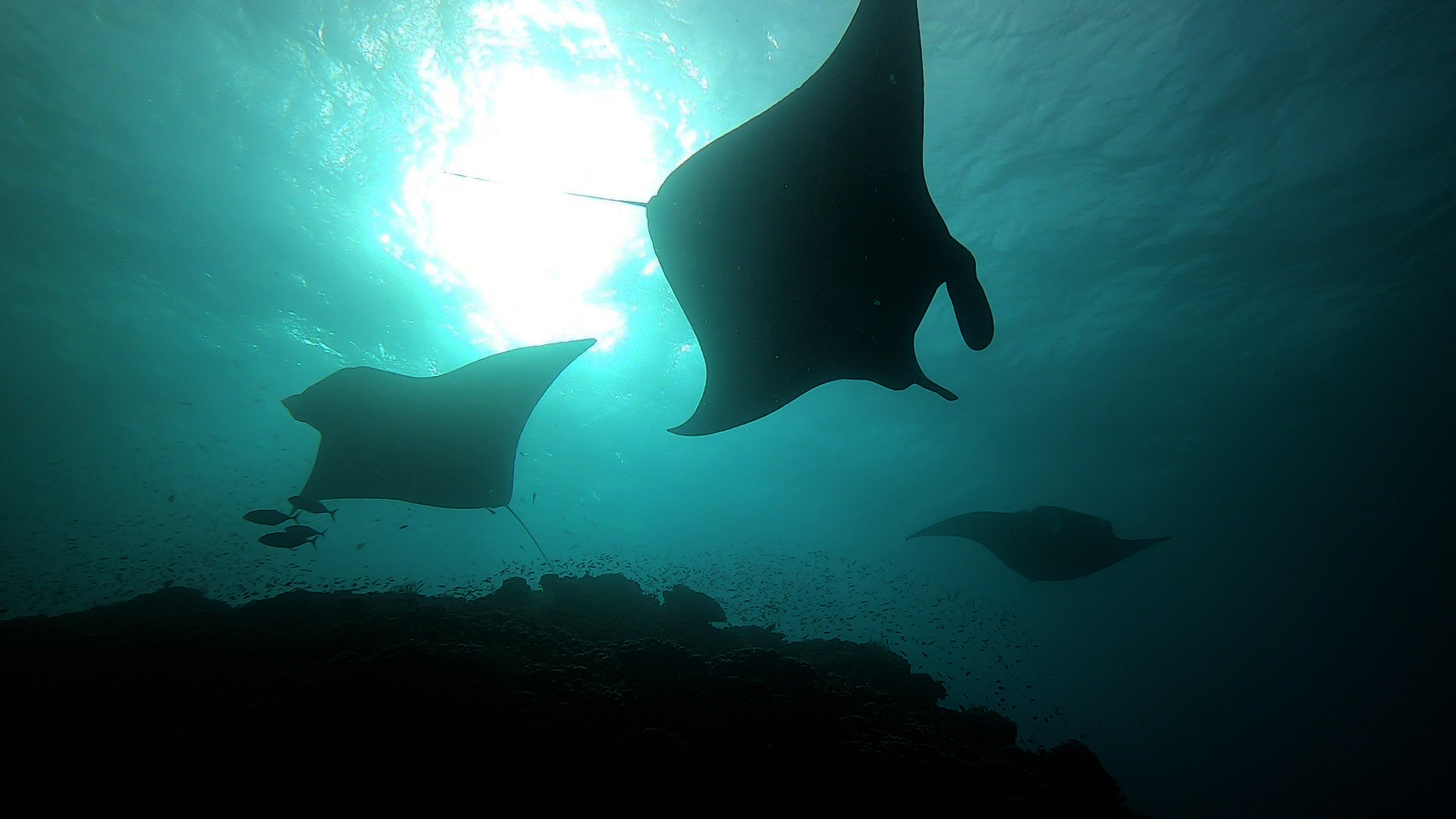 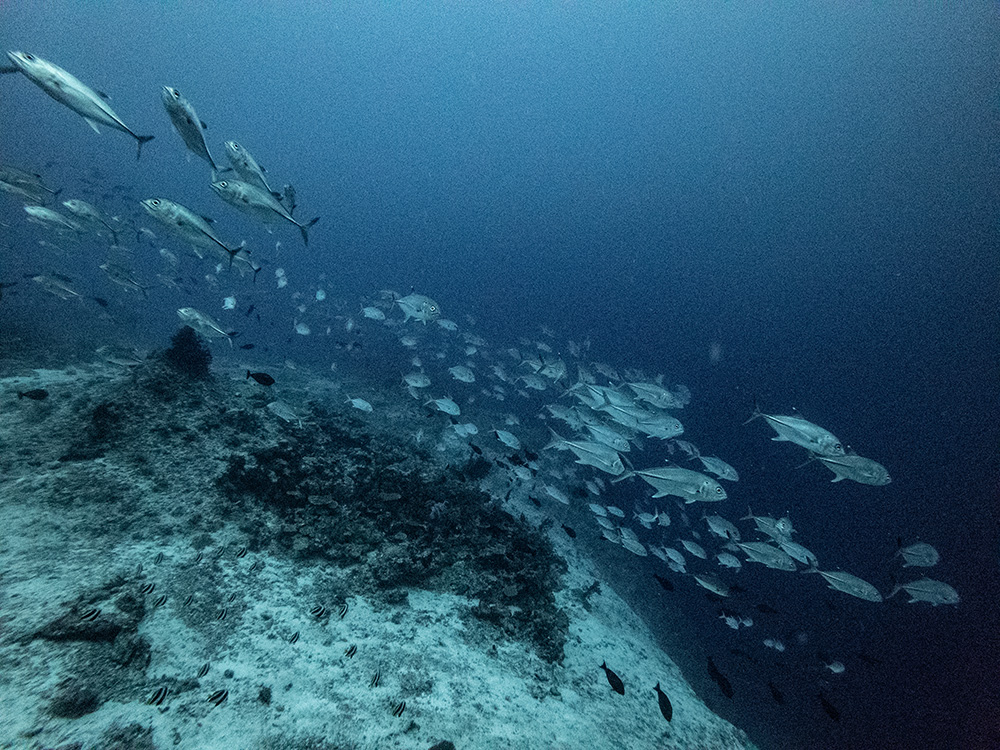 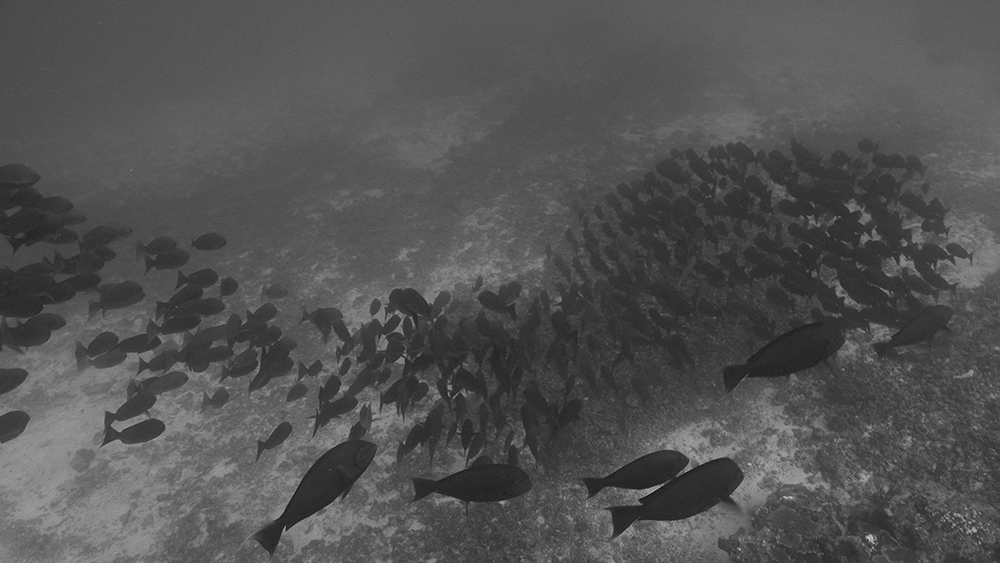 This was a very international trip. We had representatives of Canada, Peru, United States, South Korea, India, Denmark and Australia. This group was also one of our youngest and the atmosphere was very lively from the very first moment. Some even loved our check-out dive!

Our first destination was Vatu-i-ra and we had dives with absolutely no current, some with mild current and then… then there was Whole Shebang (new drift record of 5 minutes), Maytag and GoMo. The multidirectional current on these last two was challenging but our efforts were rewarded. Grey Reef and White Tip Sharks, Spanish Mackerel, schooling Trevallies, Schooling Bannerfish, Barracudas… you name it. The dancing Anthias, Dascyllus, Chromis, Fusiliers and Majors were great to watch at the end of all the dives. Bel and Hilda even got to see a Gray Reef with a Spotted Eagle Ray. On the night dive we had a bit of current and lots of decorator crabs.

We moved early in the morning to Vuya and had lovely dives all day. Some of the sightings included a Pygmy Seahorse, two Hawksbill Turtles and many different species of nudibranchs. Catherine and Jan caught a hitch hiker at UndeNAI’Able (Shark Sucker) and we had a special visit on NAI’A from a pod of Spinner Dolphins. They checked us out then spun and pirouetted as they said their goodbyes. 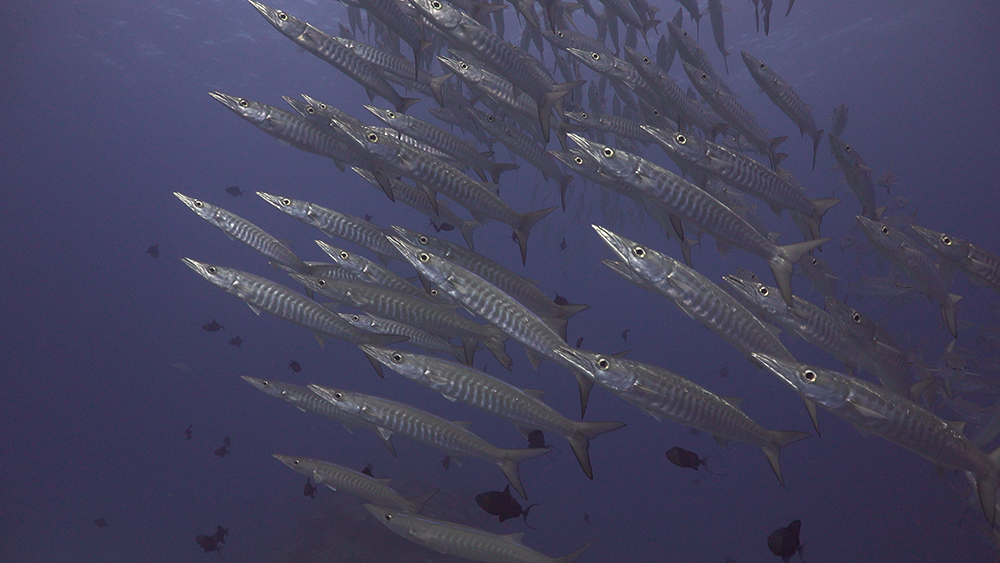 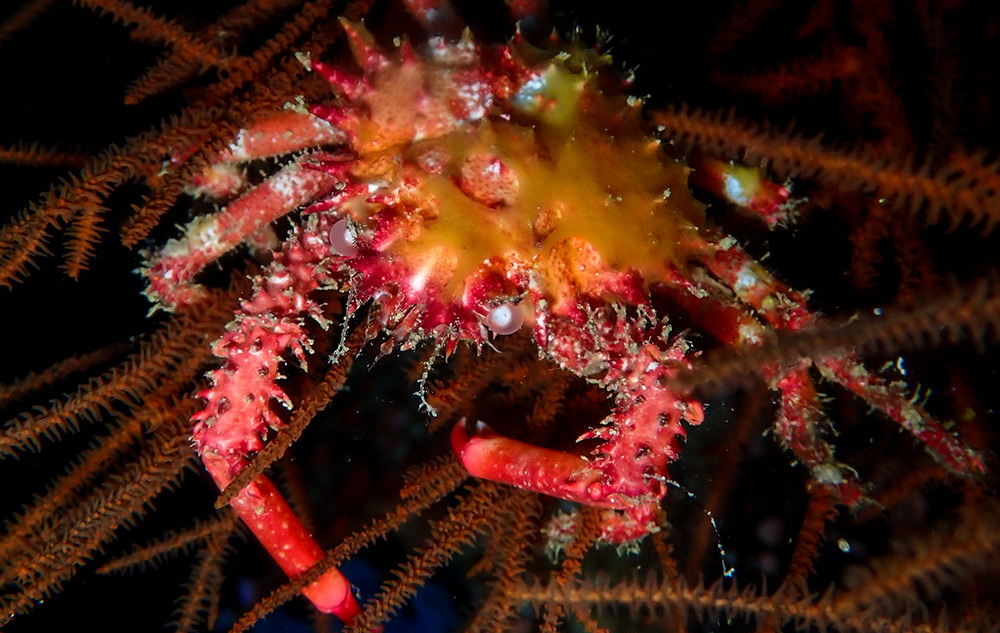 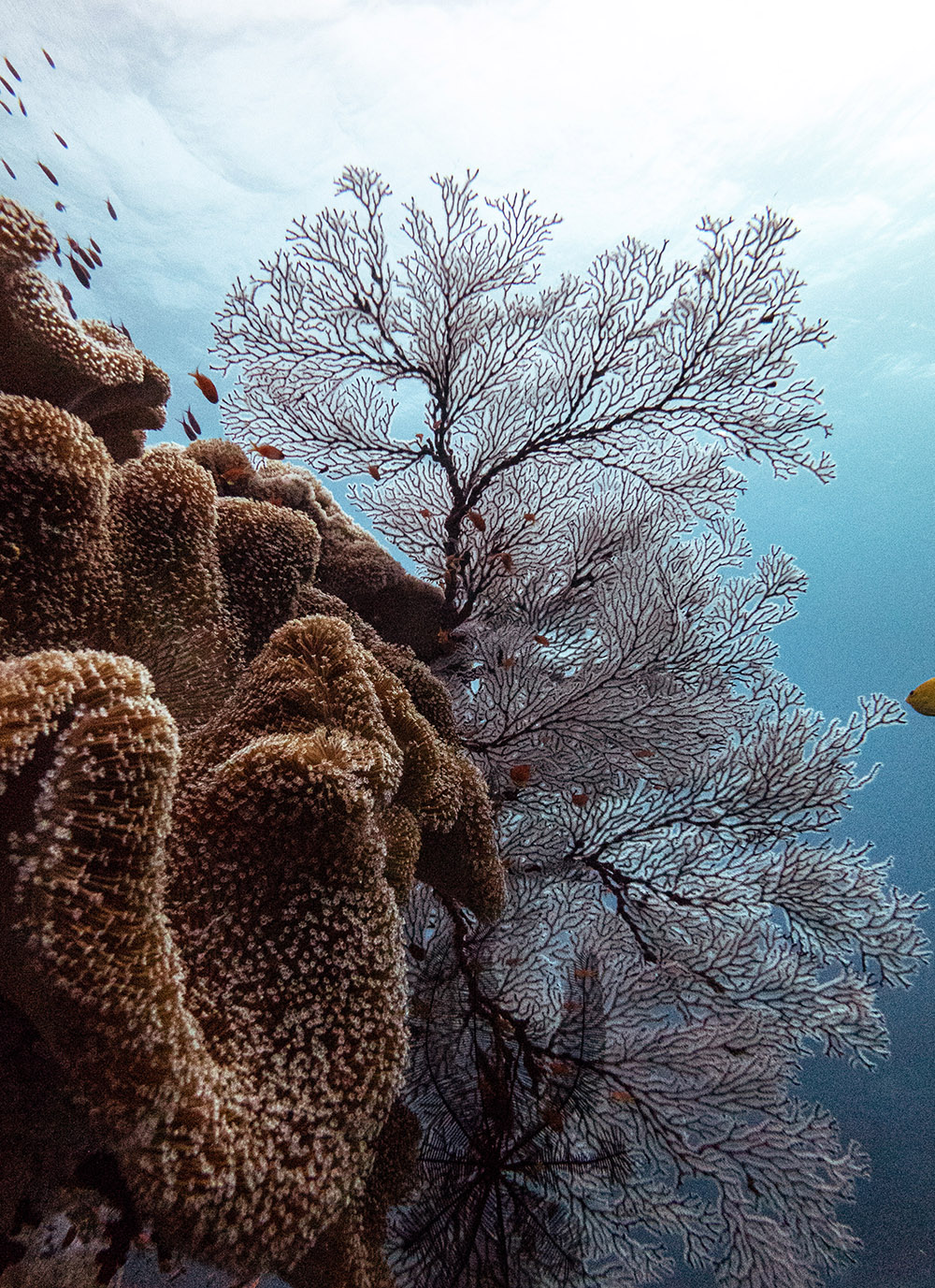 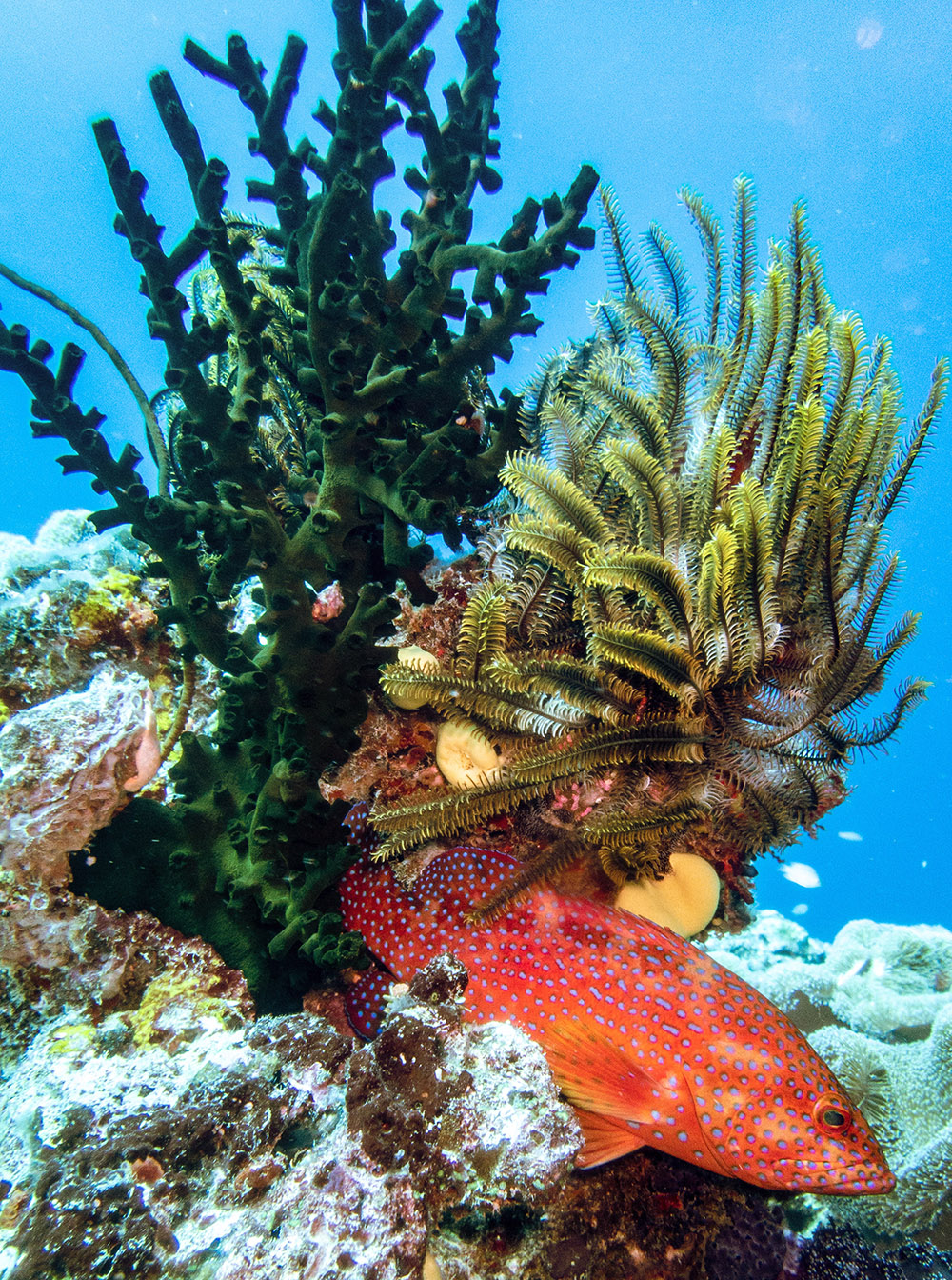 The next morning it was time to explore Namena Marine Reserve and its abundance of… well… everything. We saw Octopuses, White Tip and Grey Reef Sharks, schooling Barracudas, schooling Trevallies, Four Spotted Eagle Rays in formation, massive Doogtooth Tunas, Humphead Wrasses, Flame Hawkfish, Palette Surgeonfish, Decorated Dartfish, a massive Blotched Stingray and much, much more. At night, we had our Kava Party followed by an After Party with our guests playing and singing. When a group comes together and gets along so well, it elevates the trip experience for everyone.

We spent another day at Namena celebrating Veena’s birthday. Our North Save-a-tack dives were once again filled with schooling… well, everything! Schooling Bannerfish, Bigeye Trevallies, Crescent Tail Bigeyes, Pickhandle Barracudas, Midnight Snappers, Surgeonfish, Oceanic and Redtooth Triggetfish. A few Sharks and huge Dogtooth Tuna added to the show. On South Save-a-tack the soft corals stole the show, and the Boisverts had some Cleaner Shrimp fun. Back on the north, another gigantic Blotched Stingray, many sharks and Emperors, a free-swimming Moray Eel and a gorgeous Rumengan’s Pipehorse made for very happy divers! A quiet night dive with another Stingray ended this fabulous day . Thank you for the Birthday Juju, Veena! 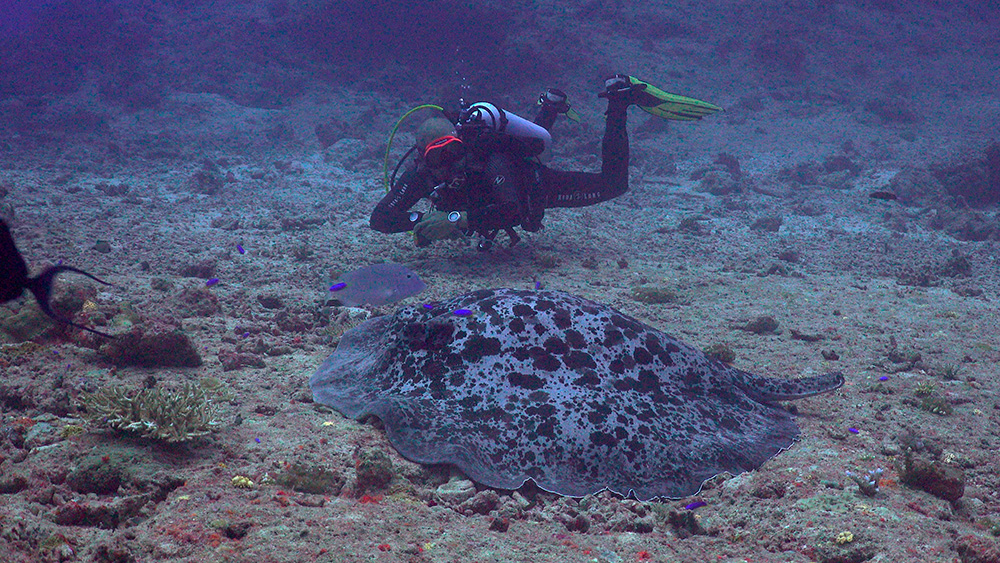 Photo by Rene Cote: Mike and the HUGE Blotched Stingray 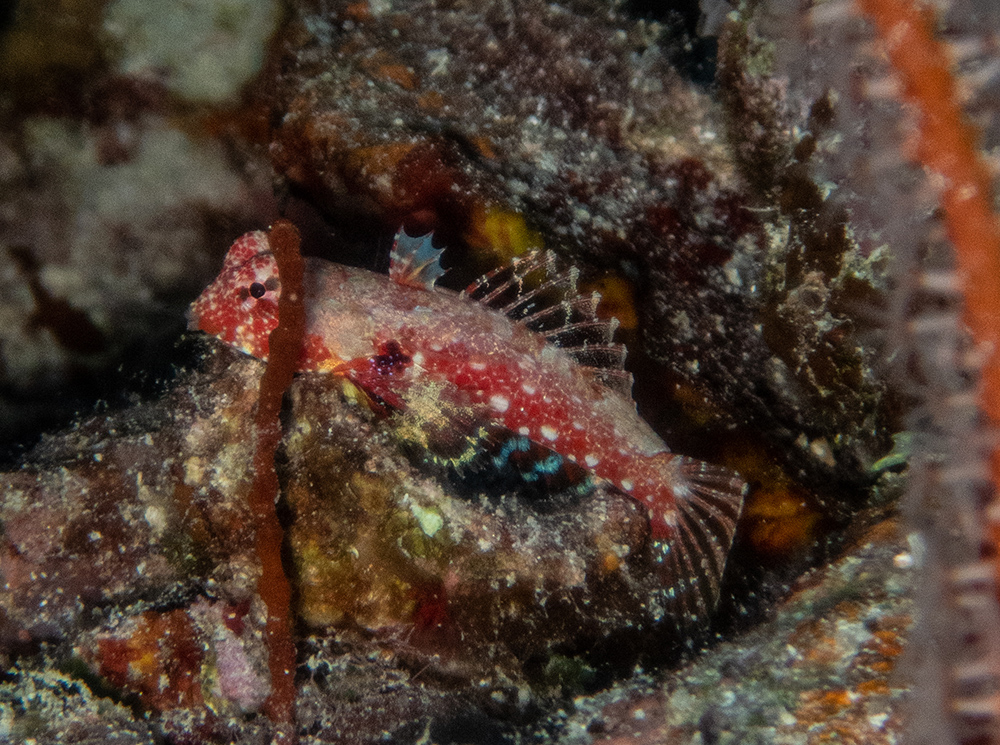 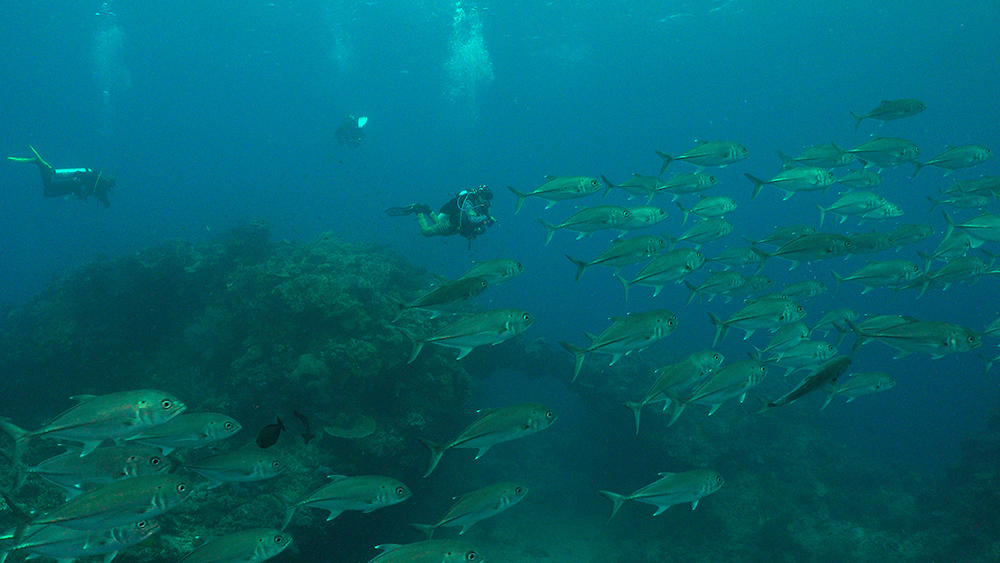 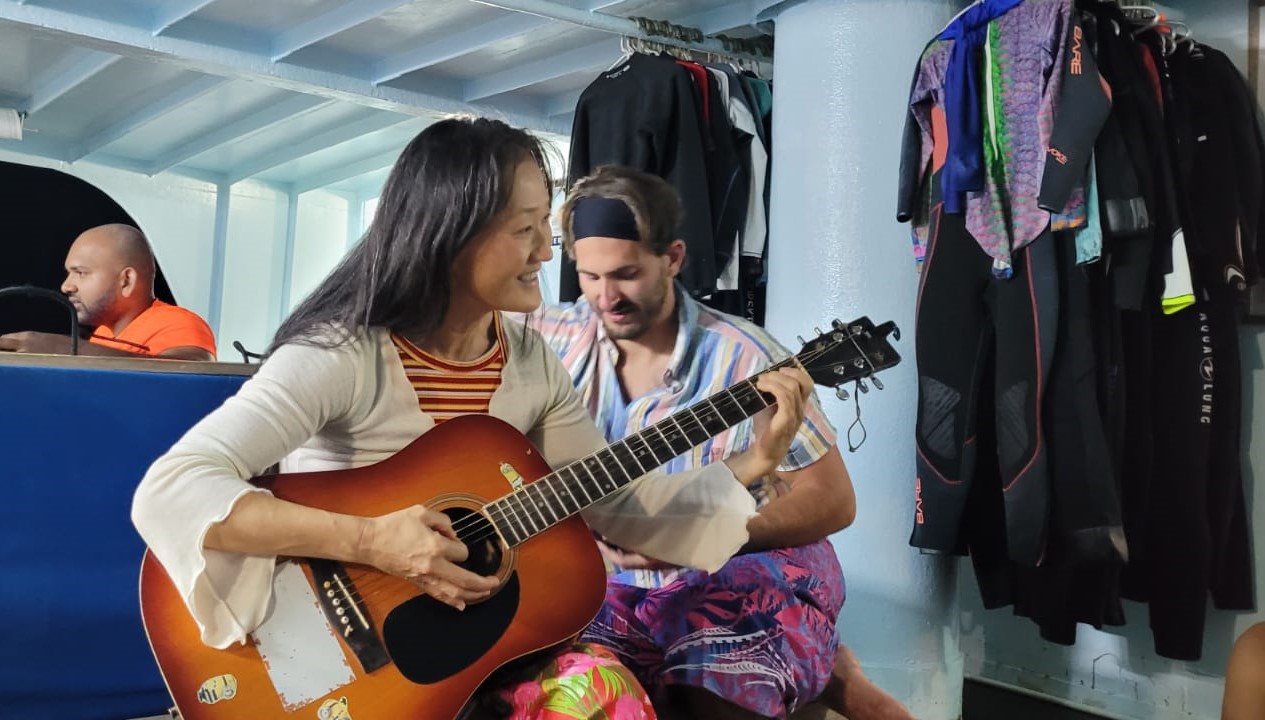 Photo by Mike: After Party 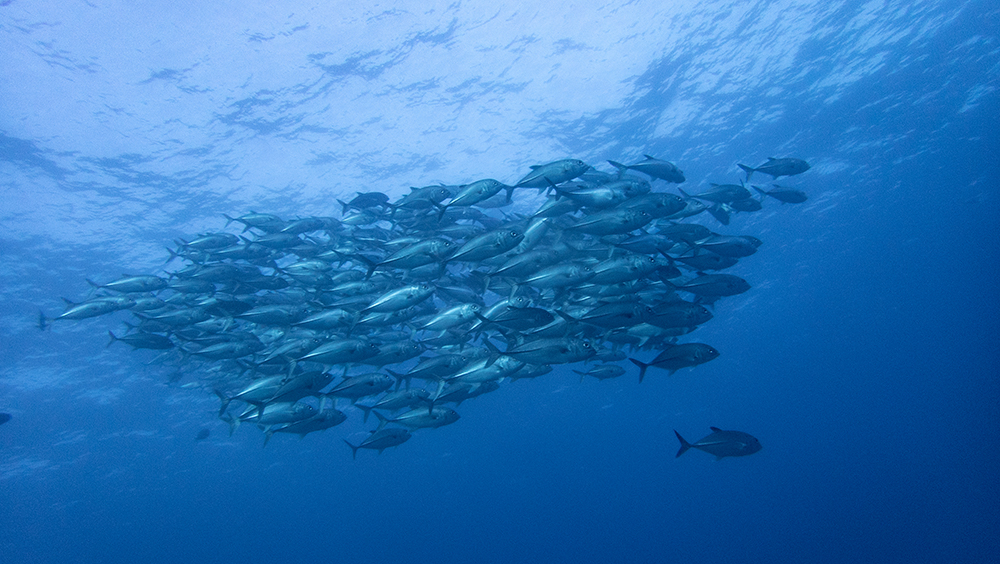 Photo by Bel: Trevallies at Namena 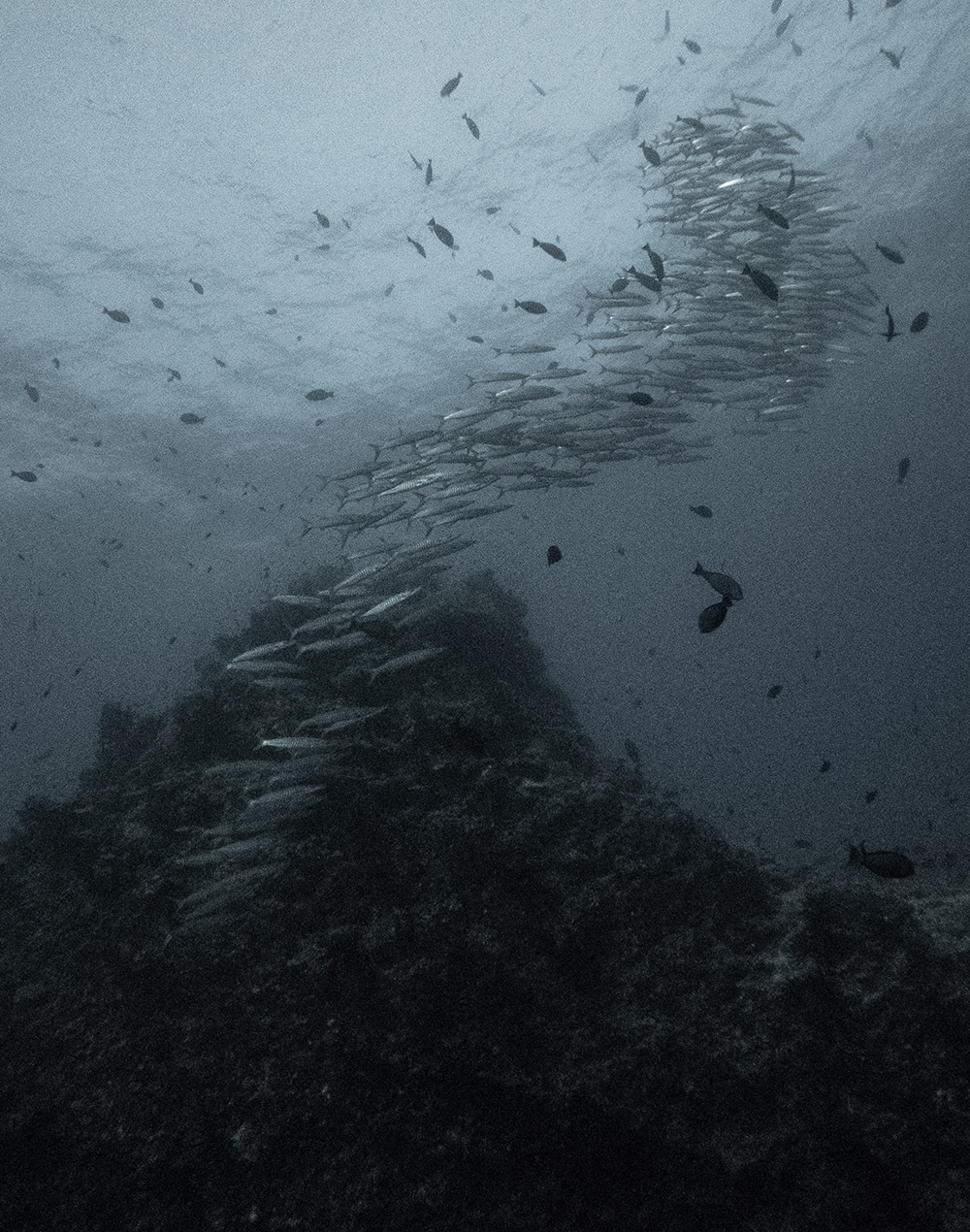 Photo by Bel: Barracudas at Namena

After a rocky passage to Wakaya, we had a fantastic days with mesmerizing Manta Ray encounters for Jan’s birthday. We saw some of our regulars (Shirley- always a favorite – Juanita and Flapuccino - back after a few months in the Yasawas) and a couple of new ones to our collection (Dragonfly and Tasha Angel) as well as a few we could not take ID. It’s always special to see three mantas at the same time on a cleaning station. We also had a quick glimpse of a Hammerhead and hung out with a Banded Sea Krait. At Makogai, Bel and Hilda got dental care from two hungry shrimps and Sun caught it all on video! Thank you Jan for the fabulous Birthday Juju! 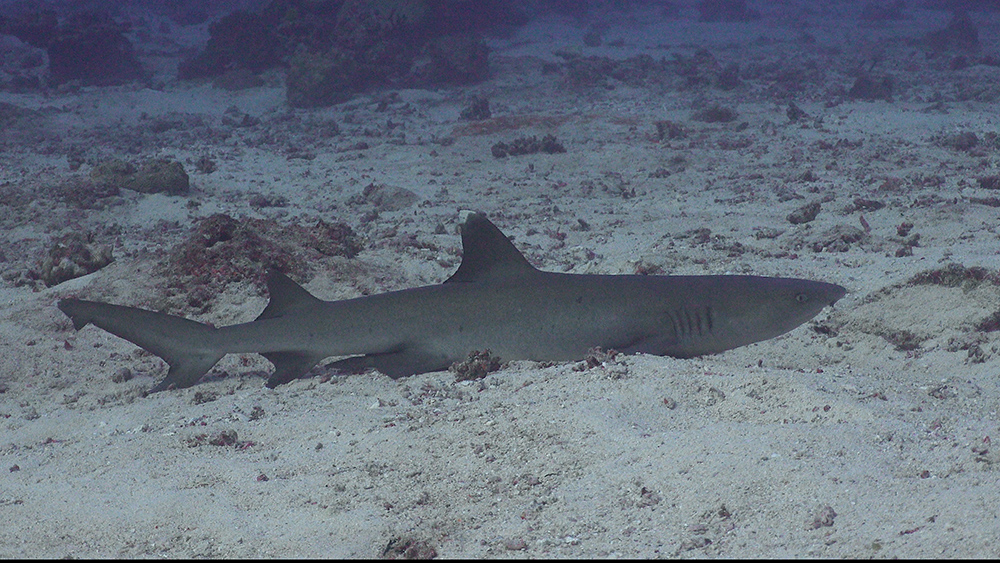 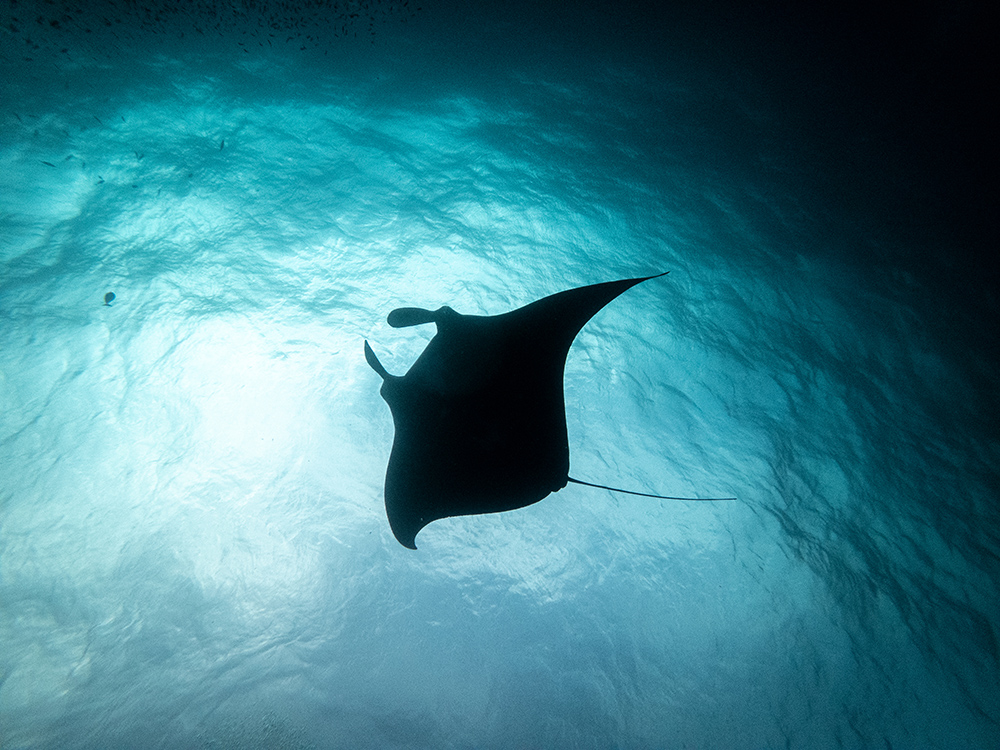 Our last morning was at the Sea Mounts, our favorite place to end our trips. The health of the reef here just mesmerizes every time, and there’s never a bad day at these sites. After a few shark and turtle encounters, we started our journey home. Dolphins and a Whale spout were seen from our sun deck, and at sunset the entire group gathered for drinks. It was a fabulous week, and the diving was only part of that. When great people come together as a group, with such diverse backgrounds and cultural influences, it elevates the trip to a whole new level. We once again say our goodbyes with a heavy heart and look forward to seeing our guests in the future, wherever that may be. 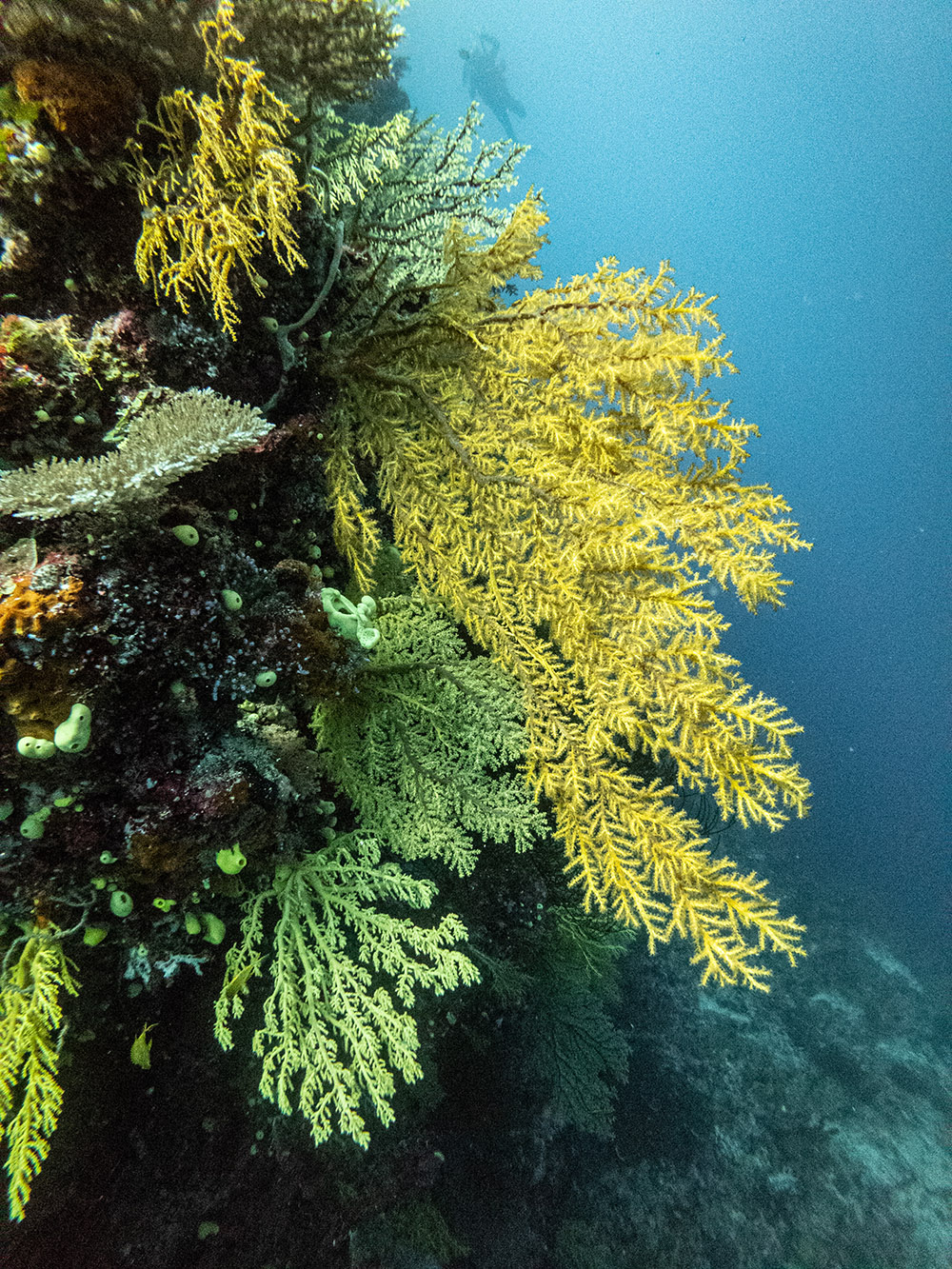 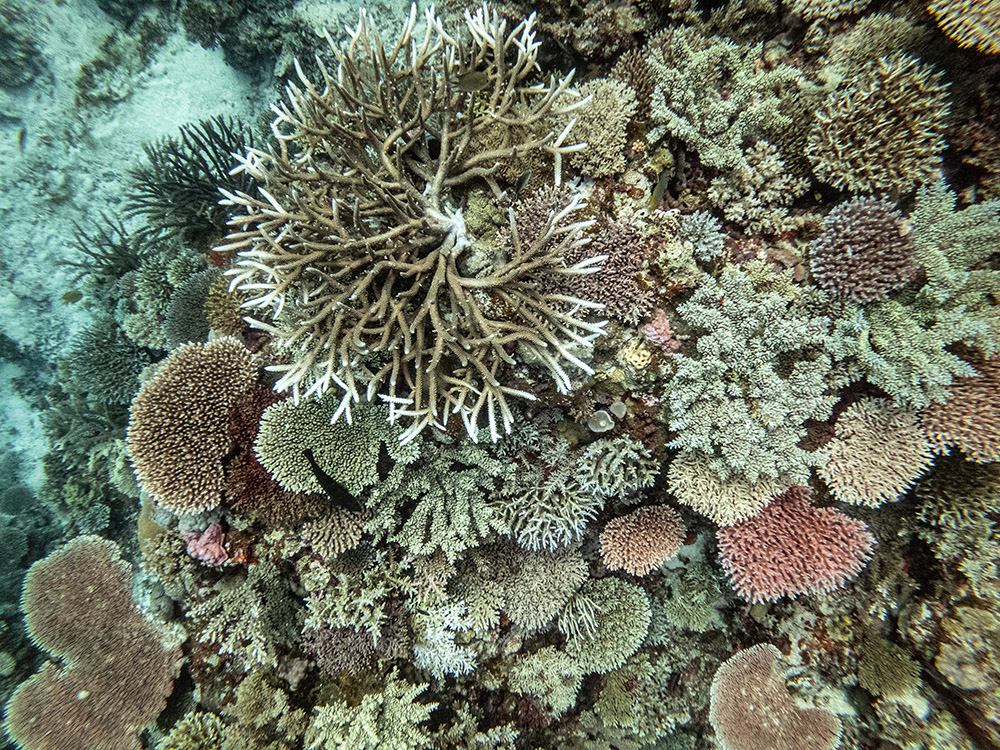 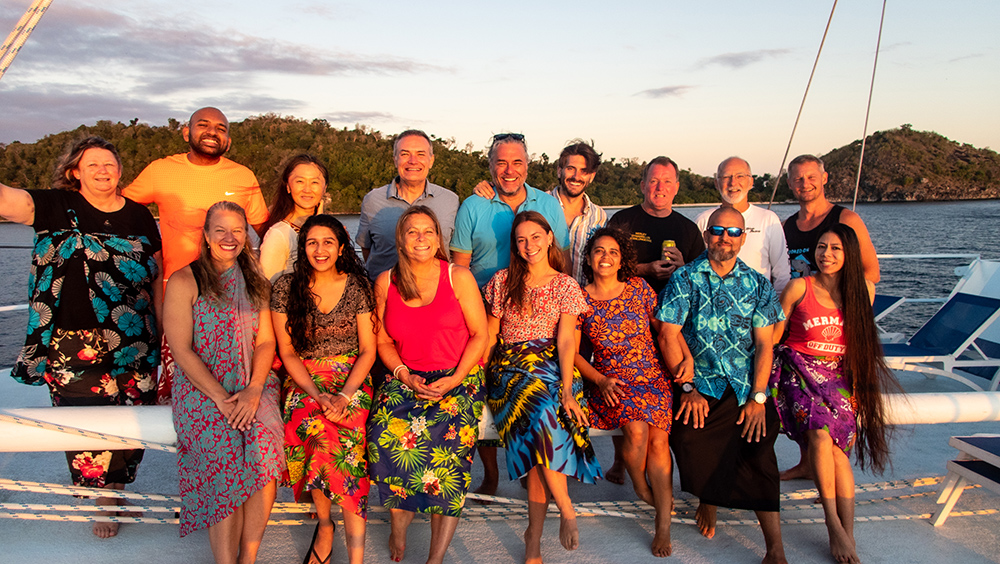