This charter we were lucky enough to be joined by a fantastic group of divers, most of whom had more experience of the dive sites than us newbies!

An esteemed bunch of academics from aquariums on opposite sides of the USA joined together for this 18-monthly charter to dive in Fijian waters… and teach us a thing or two about fish, invertebrates, coral and everything in between.

We got off to a running start at Cat’s Meow with some stunning coral and a hairy ghost pipefish who was polite enough to stay put so that both groups managed to get good photos. This was followed by a great 10 day cruise including, amongst others, schooling hammerheads at Schoolhouse, a glide by from a mobula at Kansas, a special treat of a leopard/zebra (ask Bailey!) shark at Mushrooms and then right on cue, in time for Lauren’s 24th birthday, spectacular manta and stingray encounters at Wakaya.

On day 5 we struck out like pioneers and bravely went where no man had been before (at least not to our knowledge) and dived a brand new site called Cakau Momo, a coral atoll. Whilst we didn’t backwards roll into a scene from one of their aquariums, we did end up with many delighted faces, especially Bailey who may have discovered (yet another) new species of grouper. Exciting times.

Emboldened by our success we struck out again on day 7 and this time were rewarded with amazing coral reefs and new dive sites to add to the itinerary. Now to think of some names…. 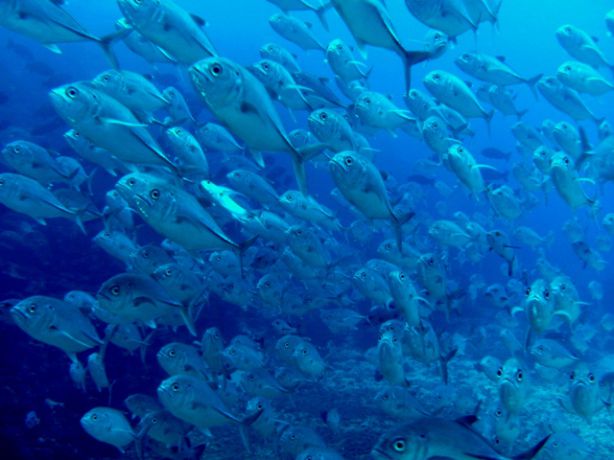 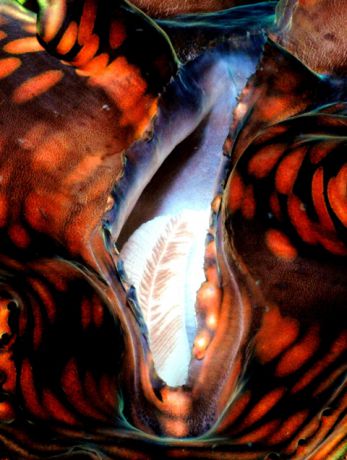 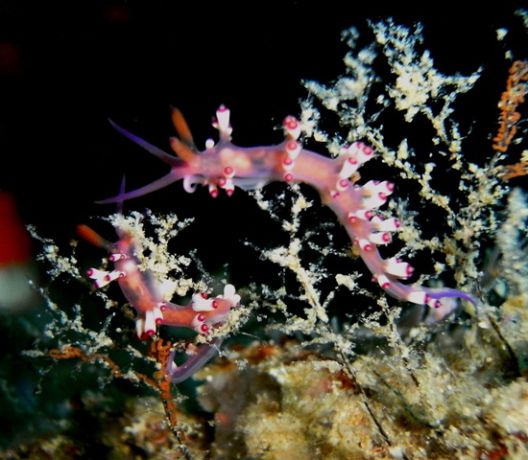 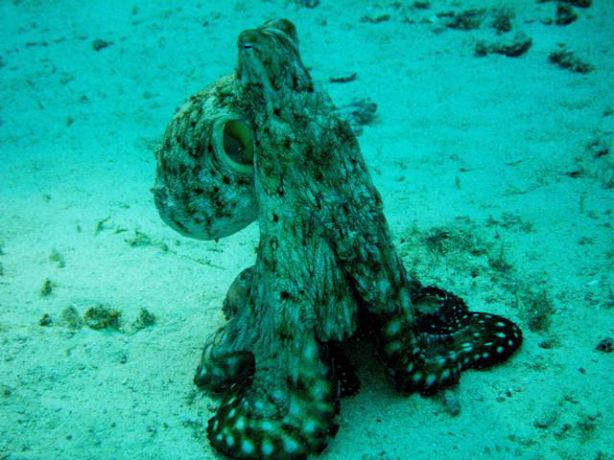 master of camouflage - by Big Mo 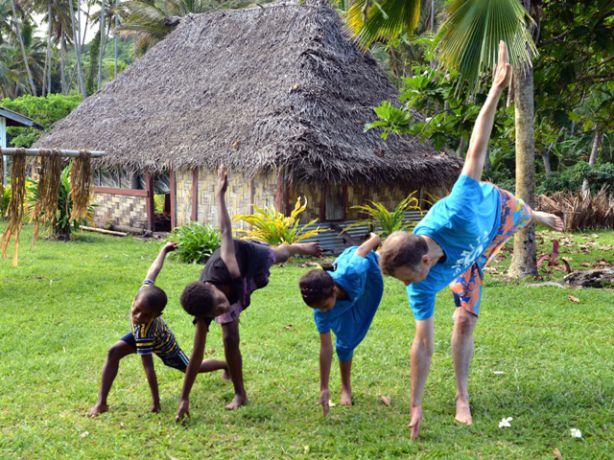 the international language of yoga - by Bruce 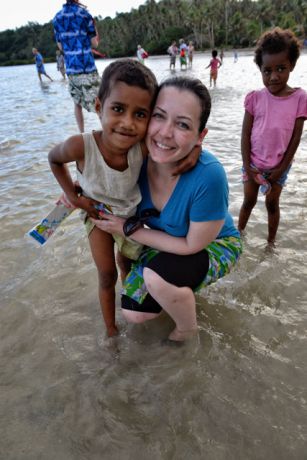 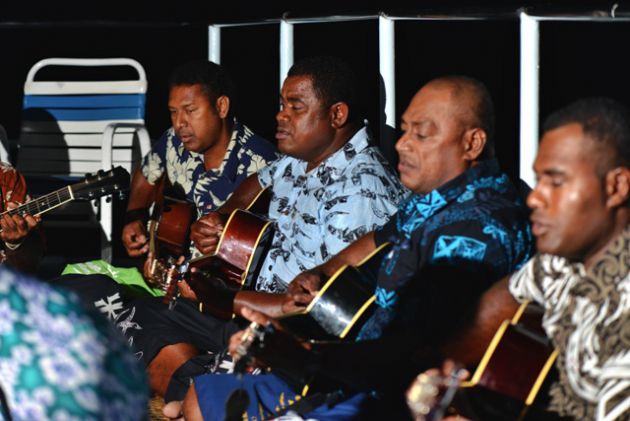 the glorious voices and shirts of our NAI'A crew - by Bruce 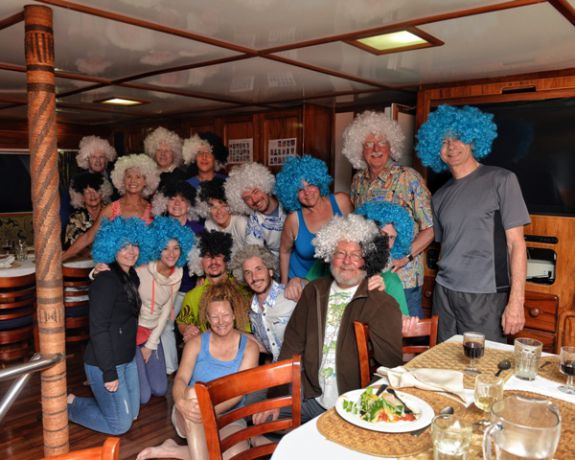 Wiggin out - by Bruce 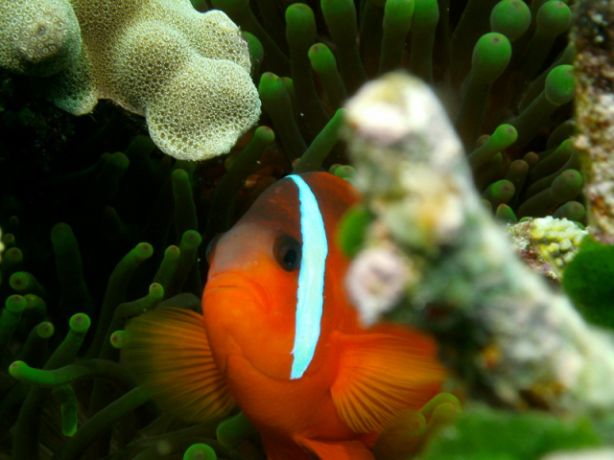 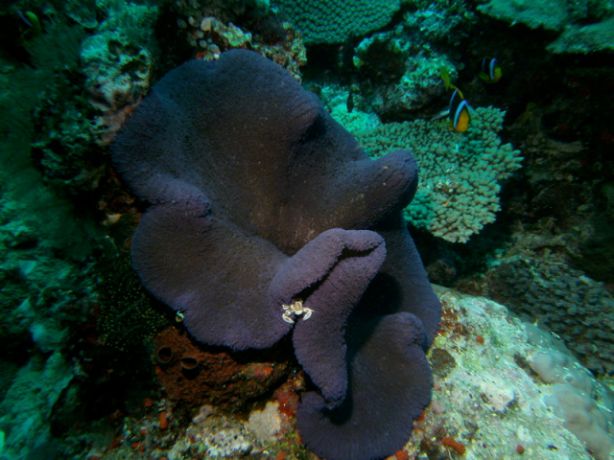 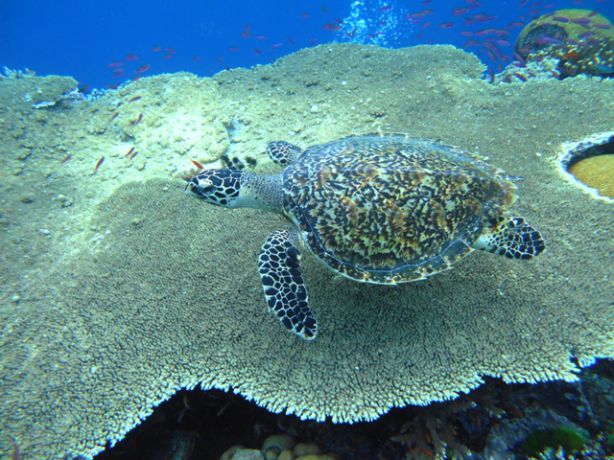 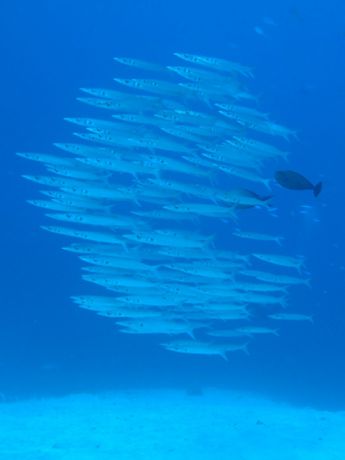 Odd one out - by Jane 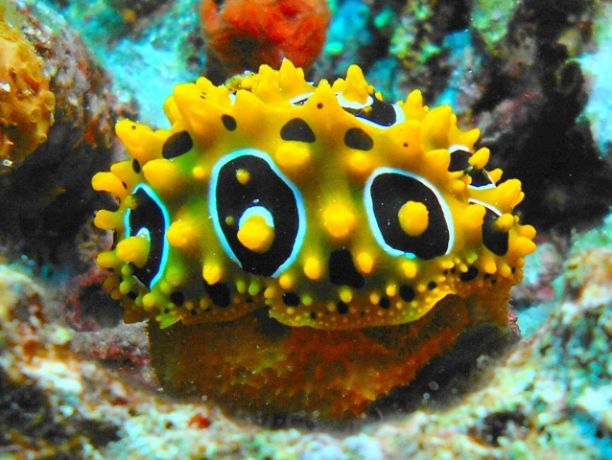 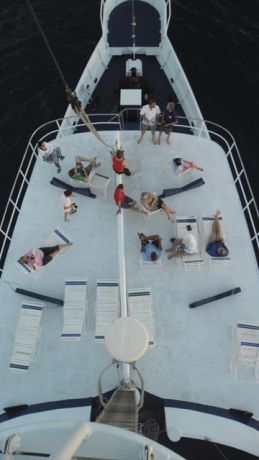 As the crow flies - by John 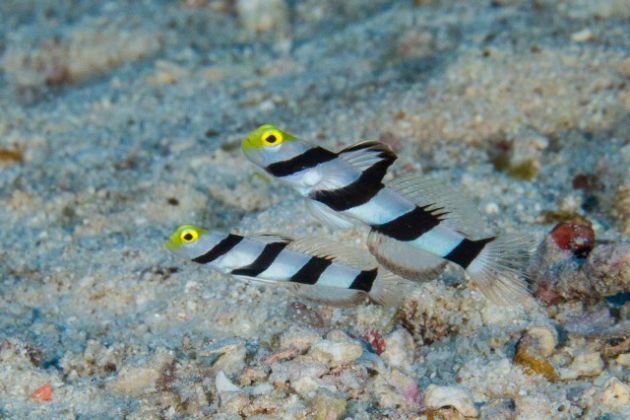 "We're in this together, buddy" - by Mark 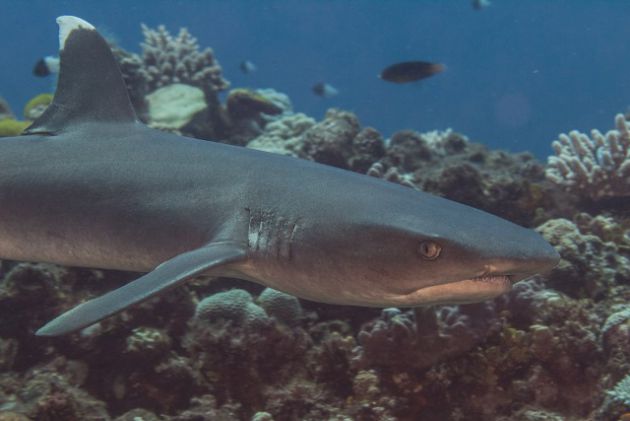 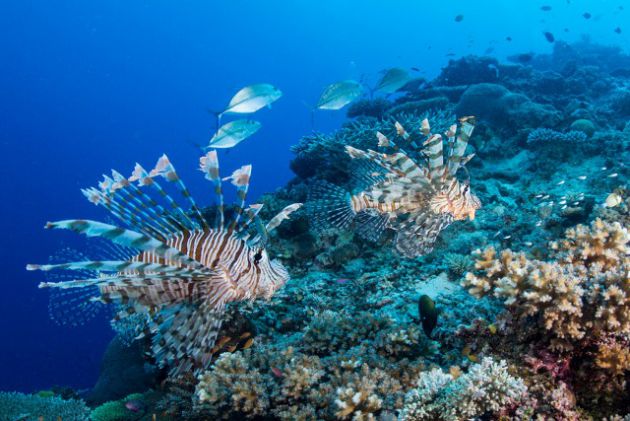 Attack and defence - by Mark 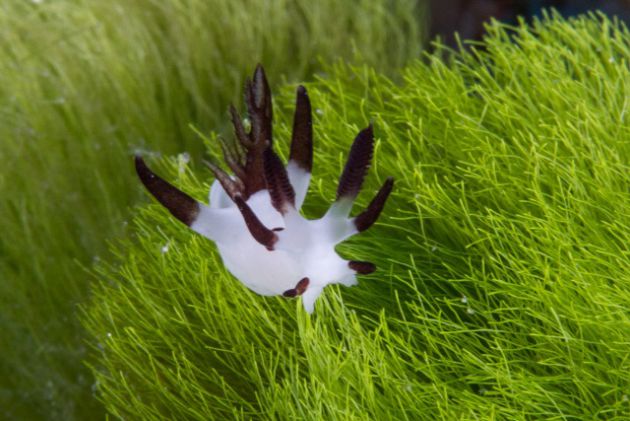 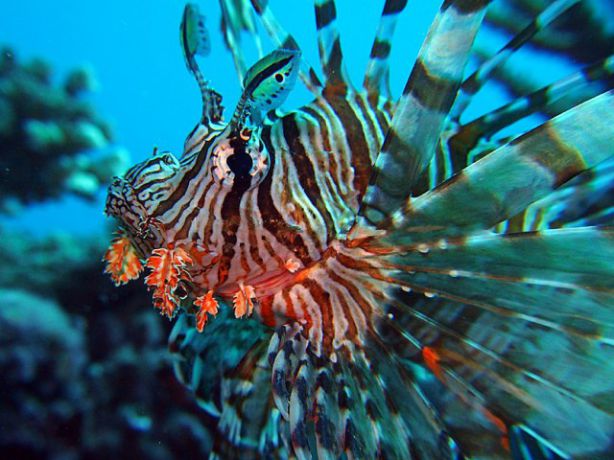 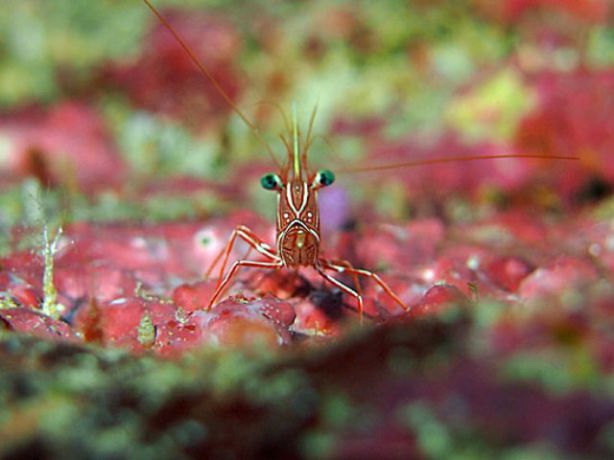 Did somebody say chocolate! - by Rob 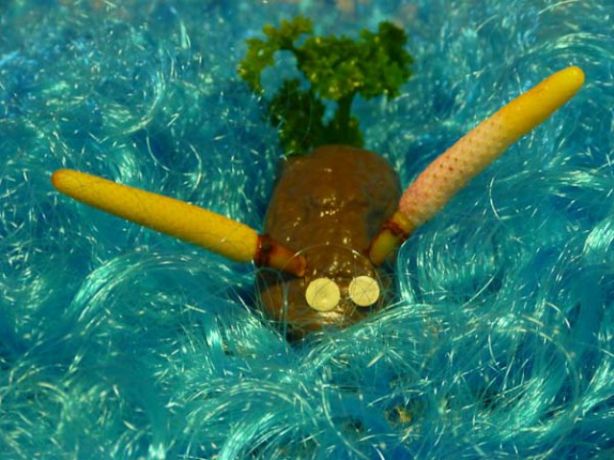 Trip mascot on an afro. Looks a bit like a cross between a nudibranch and a...? - by Willa

This trip saw a milestone reached by one of our longest standing guests, Bruce, who enjoyed his 20th visit. His love of Fiji has extended beyond the water and out to the islands, so we were delighted to take him and the rest of the guests to visit the village where he sponsors several children through school. He was welcomed by name like a returning chief and everyone had a gorgeous afternoon playing with the children, drinking kava and generally deciding to move there forever.

Among the academics on board were a quantum physics professor from MIT and an electrical engineer who made human-like robots for the US government. Of course it was these two who decided to add to their skills and take a Nitrox course during the cruise, so in short, we were teaching math skills to people so many zillion (technical term) times more qualified than we were. Gulp. In fact it was a pleasure and due to all theories being immediately understood, it became more of a discussion rather than a class and everybody benefitted in the end.

To add to our general knowledge of all things below 1bar we were treated to a lecture every  morning from Doc Webster which was greatly appreciated by all.

To add to our general amusement at 1 bar and above, Bailey continued the “Diver of the Day” tradition every evening, naming and shaming or recognizing various characters which brought a laugh, grimace or smile (or often all 3 !) to the group.

The general ambiance was one of good laughs and great friends built up over many years of dive trips. The grand finale was at the end of the trip when Keith was lured up to the bridge and returned to the salon, to the enormous amusement of all involved, to find a roomful of people wearing multicoloured afros waiting for him. Some say homage, some may say mock… take your pick!

The wigs of course made their way into the dive boats the next day and we’ll probably be finding blue, black and white afro hair around NAI’A for weeks to come.

All in all it was an education on many levels, with some amazing diving, general merriment and great people thrown into the mix. Thanks for coming guys and see you again in 18 months!

"Another fantastic 10 days. The NAI'A crew is the very best! This was #16. Looking forawrd to #17 in the near future. Vinaka Vakalevu" - Doc Webster

"NAI'A and her crew, thank you for the delicious food, the hand holding and fantastic creature spotting! This was a fantastic experience and I can't wait to return to this beautiful pace!" - Lauren

"Home away from home - #9 has been as outstanding as #1, #5, etc. Can't thank the terrific crew (friends) on this great ship enough! Vinaka all." - Bailey