For the third charter of our Tonga Humpback whale 2018 season, we set off from Nukualofa with a boat full of avid photographers, led by Michael and Todd of Immersed Imaging. We knew we were in for a snap happy trip on boarding day as we loaded bags and realized most people had more camera gear than clothes with them! Good prioritizing, we say. Most of the group had been on many trips together before, so the ambiance was fun and upbeat from minute one: we were in for a treat of a trip!

Overnight, we traveled north from Tongatapu up to the Hapa’ai region. Winds were blowing pretty hard from the west and it was far from the smoothest crossing. However, everyone was still up bright and early for a quick presentation on humpback whales, a speedy breakfast to set us up for the day and then straight out onto the bow and sundeck to start looking for whales! We didn’t have to wait long. We had a morning of fabulous surface activity: at one stage, we were surrounded by breaching whales, one after another. Breaches are definitely a love/hate subject for our photographer friends: they’re so difficult to capture (always just a second too late!) but SO good when you finally do! After lunch, we were very happy to be able to get out on the skiffs and had a great afternoon checking out a few different pods. Everyone’s favorite was surely their first encounter with a mom and calf: adorable! 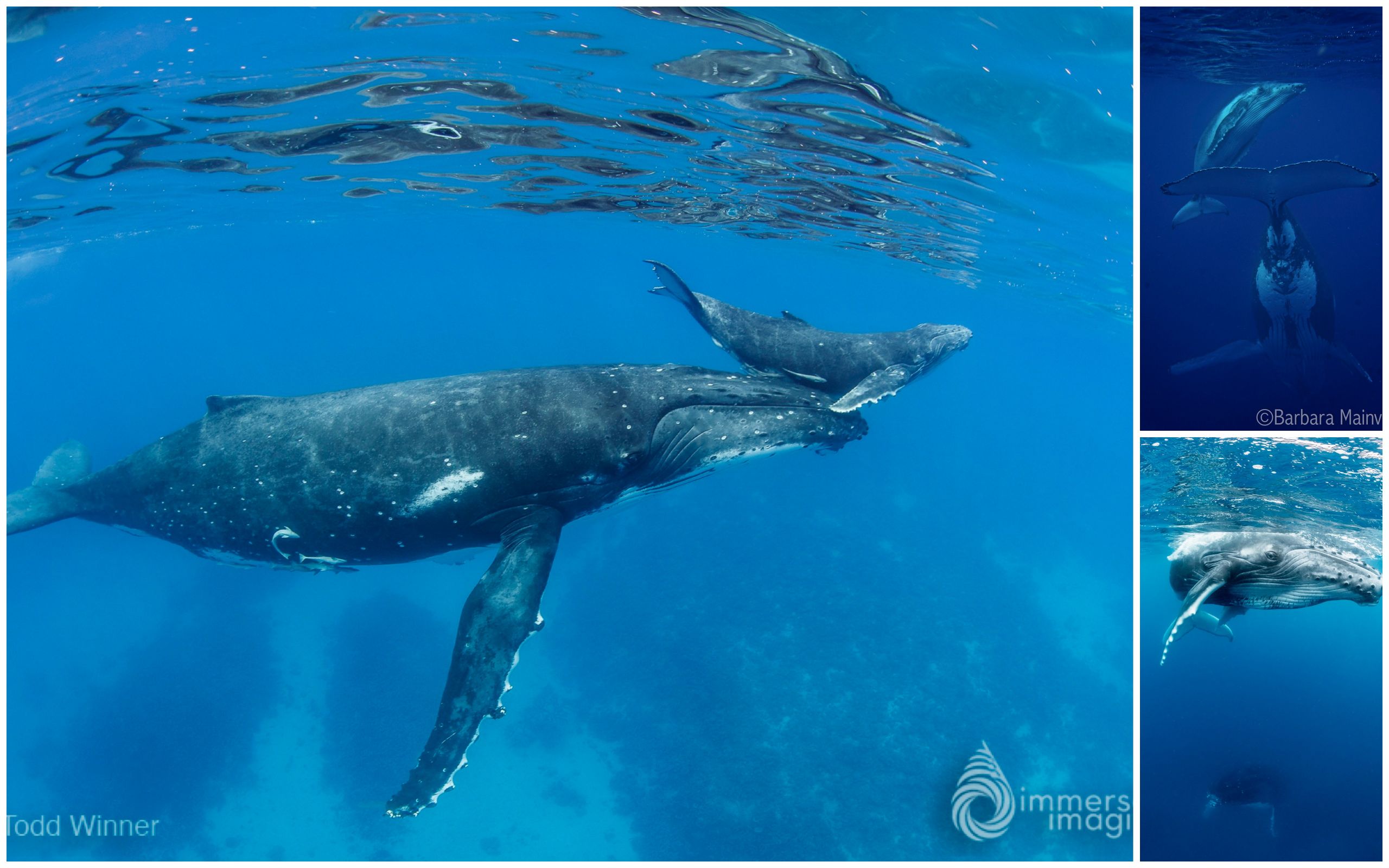 The next day, we had the most phenomenal morning again with whales left, right and center (all of them about 100m away, Vanessa is pretty sure!). #BINGYou’veGotWhale! became the catchphrase for the entire trip as it was chirpily announced every time we spotted a new one on the surface. We broke early for lunch and a quick lunch at that: everyone was desperate to get back to the action. We didn’t have to wait long for everything to kick off again! We had an almost surreal experience as two huge adults took an interest in the big boat and starting checking us out: swimming right around us, swimming under us and – to our delight – spy hopping multiple times maybe 15’ away from us! We took some time to allow photographers to get a few awesome topside shots but it wasn’t long until we were all in our wetsuits and loading up on the skiffs to get in the water with these beauties. The two skiffs took it in turns to swim with these inquisitive whales and had some really up close and personal encounters right off the stern platform. Later the other skiff went exploring and guests got to encounter all manner of different pod configurations: a lone friendly juvenile, a mom with both a calf and a protective escort and a group of four large males just beginning to start aggressively competing with each other. We all came back to NAI’A absolutely shattered but smiling from ear to ear. It was great to see everyone hurrying before dinner to check out their shots from the day. Despite the less than perfect conditions (we had huge waves to contend with), there were some really beautiful pictures to show for the day’s effort. 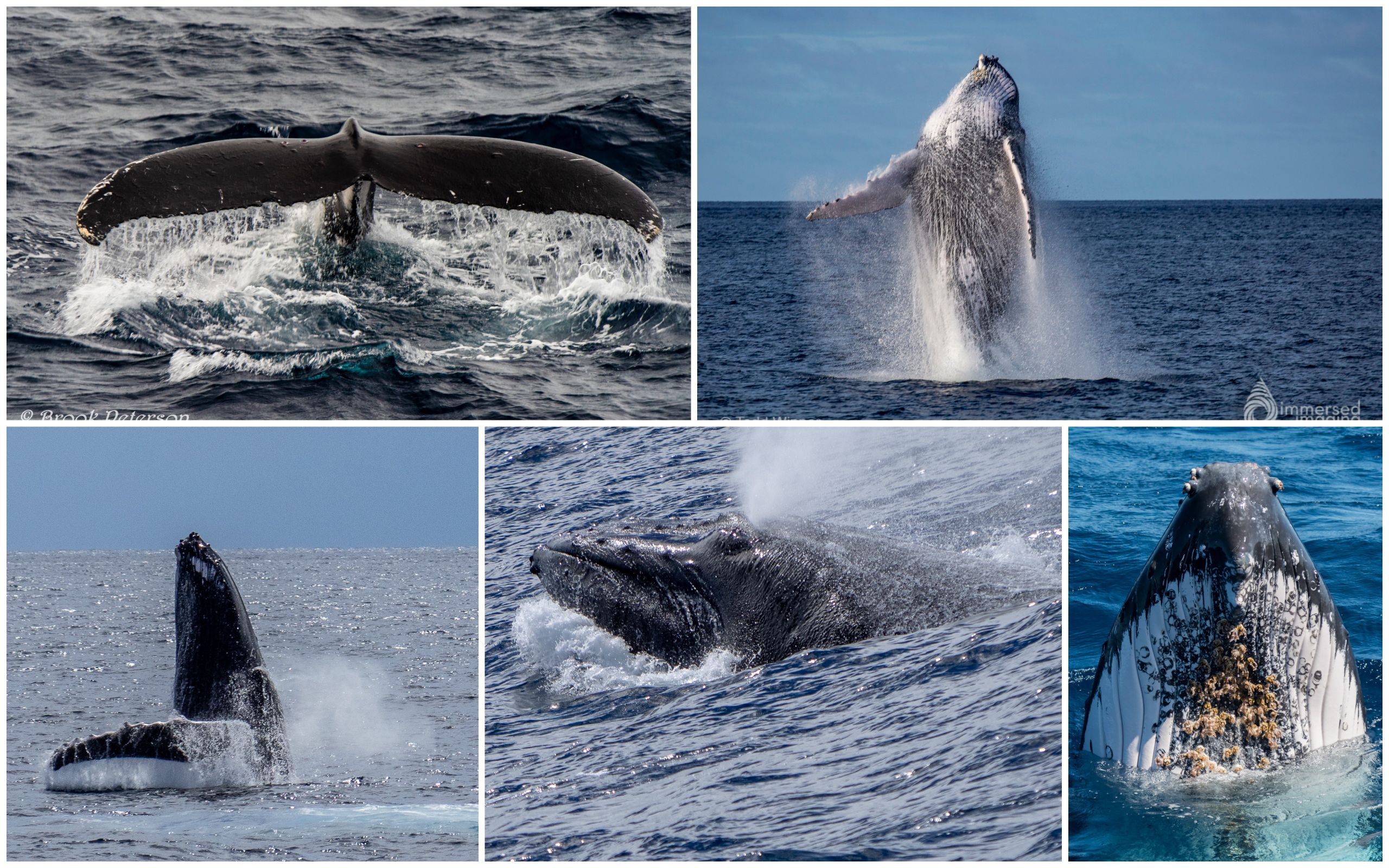 After a peaceful sleep in the bay at Uoleva, we woke ready for another action-packed day. We set up our souvenir boutique straight after breakfast, thinking to be efficient and get it done before the whales started getting active. We were a bit confused why no one was really coming to the shop once it was all ready and set out. That is, until we got wind of a massive bull run happening off the bow. Fair play, we don’t even begin to think we can compete with whales: we know our place! After things calmed down, everyone indulged in a bit of retail therapy and then we started looking for calmer whales we could swim with. We got out on the skiffs but had a challenging morning: we had a lot of flybys which, although totally enjoyable, are pretty hard work. We did eventually, however, come across a lovely peaceful mom and calf which was much appreciated by all. That afternoon, we enjoyed another mom/calf duo and even got treated to a full baby breach. We watched the little guy swim at high speed all the way from momma maybe 30’ below, racing towards the surface then breaking it and leaping right into the sky: magical! The little one – clearly overexcited – then started breaching his way off towards the horizon: again, and again and again. It was hilarious to see mom’s reaction as she realized her crazy little kiddo wasn’t going to stop and she’d better go get him! We ended the day with a little beach walk with drone play-time before dinner and a little night dive after dinner. That evening, we were delighted to hear people saying that if the trip HAD to end now, they’d already go home happy: wonderful, really, considering we’d still got over half the trip to go. 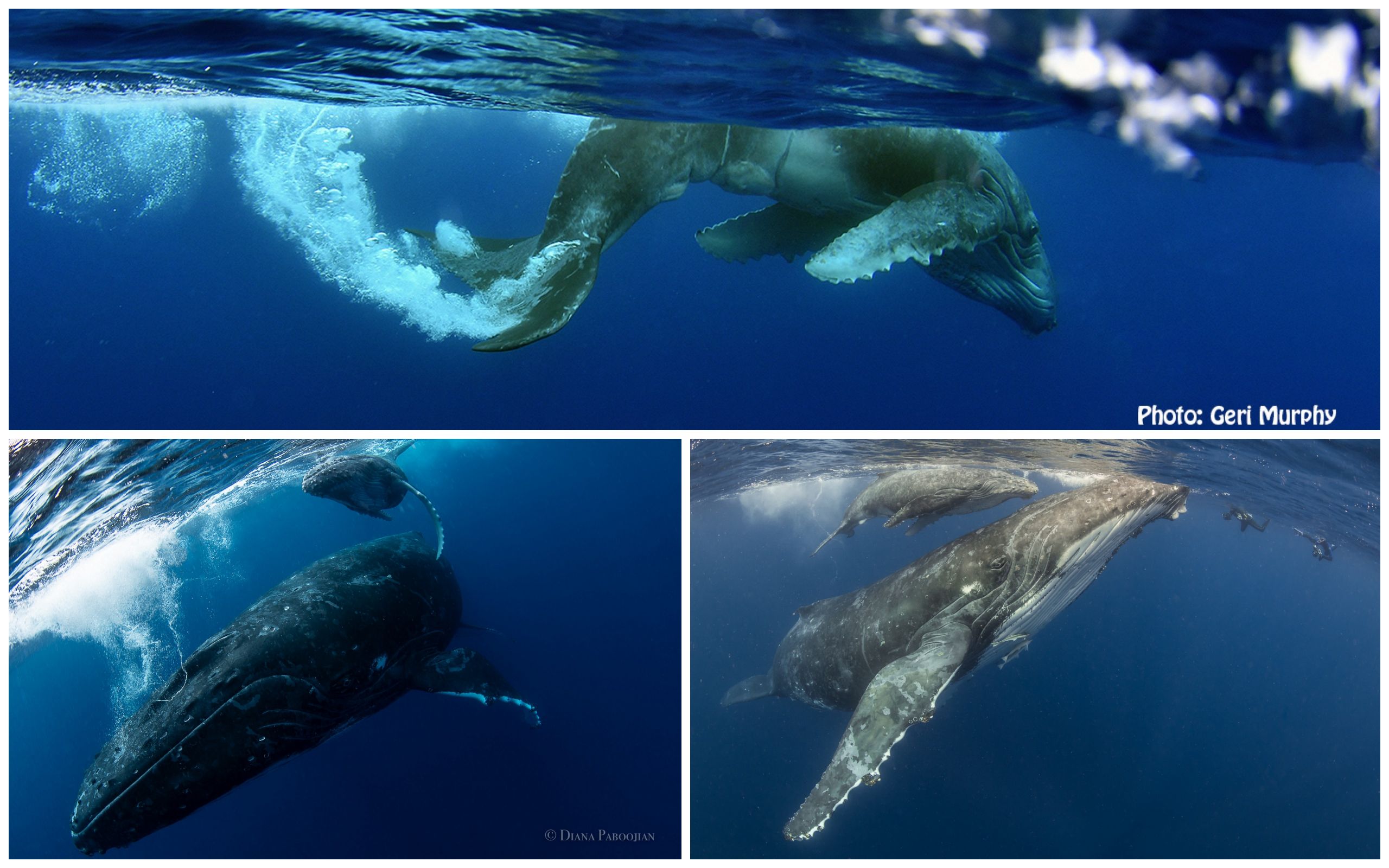 The following day, we had a bit of a slow morning but no one complained as it was a gorgeous sunny day and everyone took advantage of the glorious weather to lie out on the sun deck. After an hour or two cruising around the paradise island of Nukupule, we came across a couple of pods that looked hopeful, so we kitted on up and headed out. It turned out to be a bit of a false start as those initial pods did a Houdini on us. Not to be put off, however, we continued looking and came across a few more options. Sadly, one skiff was led on a wild whale chase and came back for lunch still dry! The other skiff was rewarded for their extreme patience, finally having a really magical encounter with a mom and calf. It wasn’t an easy one, with the need for long surface swims, but hard work sure pays off and everyone came away with beautiful photos or memories (or both if really lucky!). 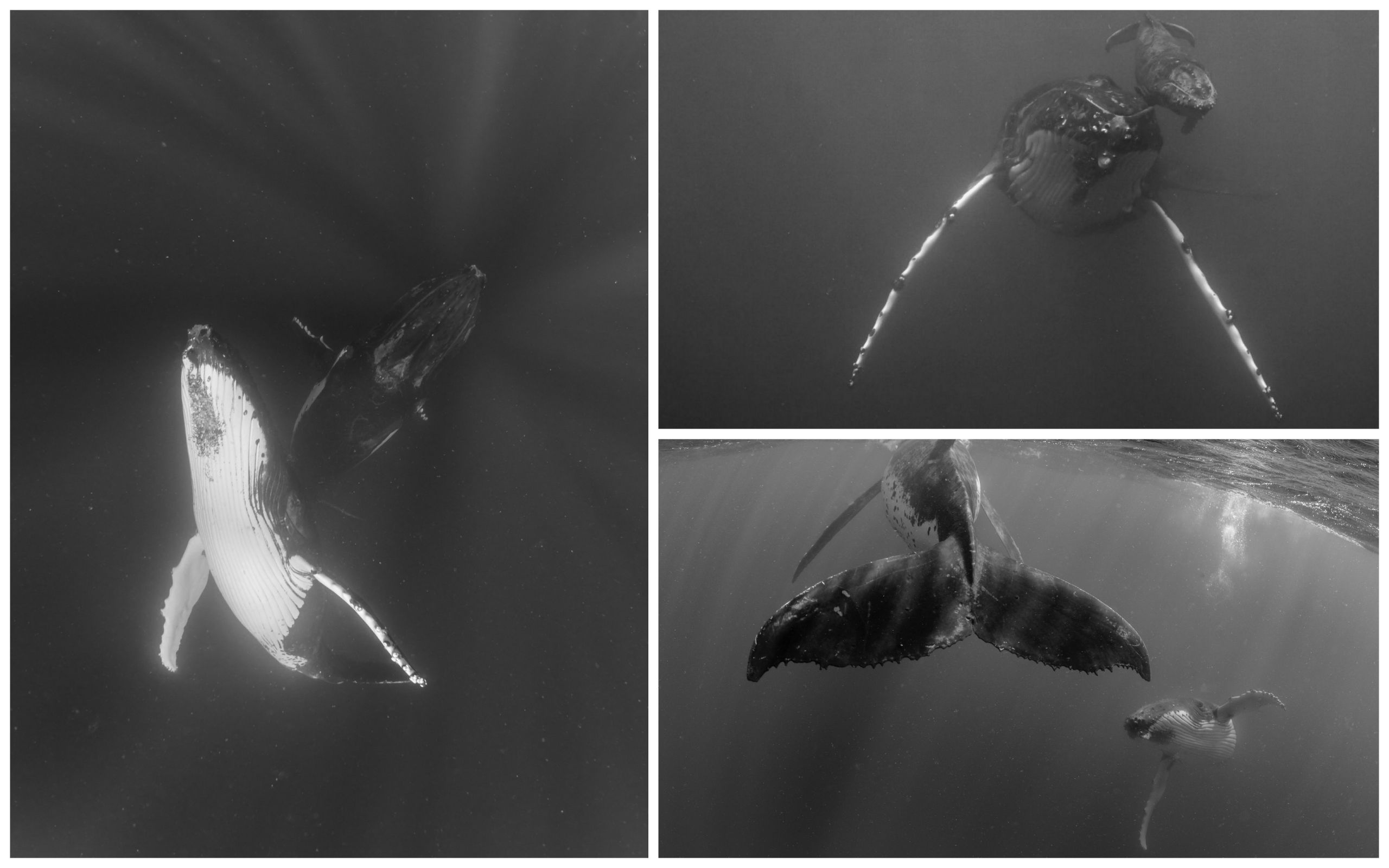 Now half way into our trip, we were all feeling very satisfied having had some truly remarkable encounters. Oh, but there was still so much more to come! On our fifth day in the water, we were absolutely delighted to run into our old friend ‘Sail Tail’ again. This is one quirky, lovable whale! She likes to hang upside down in the water column with her entire tail sticking out of the water! We’re pretty sure she’s the same girl we encountered last season so it was heart-warming to see she’d safely made the migration to Antarctica and back again. We also had a really exciting time with two young juveniles who were very inquisitive around the skiff. We had a great time both in water and from the skiff itself as they spy hopped multiple times just a few feet away. You could count the barnacles on their snouts! That afternoon was a bit harder work. We had a long, long session working hard to find anything we could get in the water with but, in the end, it was very rewarding. We had a giggle on the surface as we followed a baby who was clearly enjoying himself lurching out of the water and snapping his little mouth open and closed, like a dog trying to catch flies! And to finish the day off, we found a playful baby, with momma just hanging below and rising up once in a while like a space ship from the deep. We anchored at Uonoku where a few people enjoyed a little beach walk before dinner. Then we had a night dive for one after dinner; everyone else was too tired after the days excitement and were happy to take it easy. 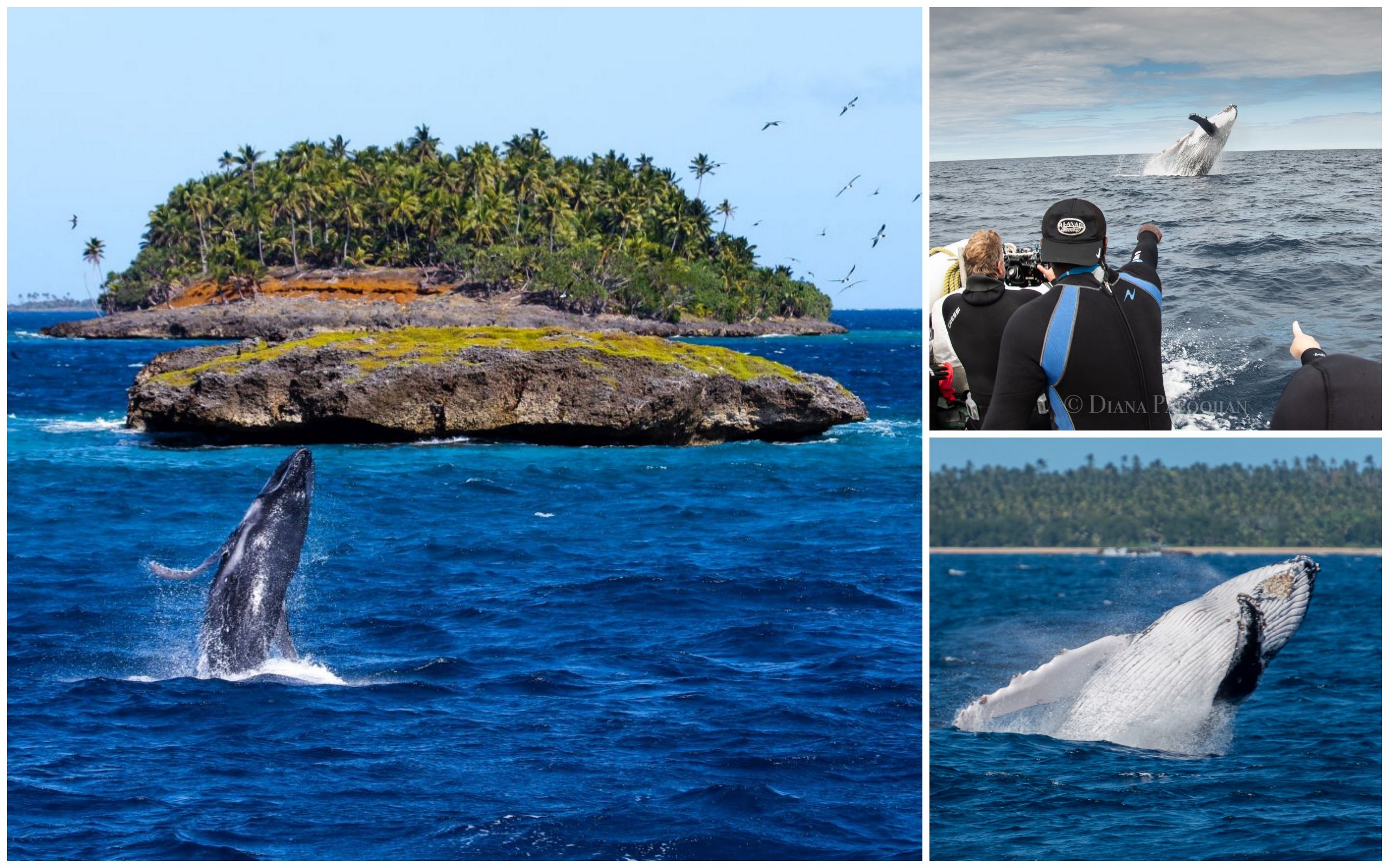 The next day we spent the morning cruising around ‘The Playground’. There were whales EVERYWHERE but, for whatever reason, ALL of them were on the move: go, go, go! So, we enjoyed a few hours of fast-paced, aggressive surface activity but were unable to get out on the skiffs. After lunch, the same pattern continued – there were no obvious ‘in-water’ options – but we decided just to get out there and give it a try. It took a while but, in the end, it absolutely paid off. We had a lovely mom and calf and our guests soon learnt just how playful a baby whale can be! This little one had no sense of personal space and would just keep coming and coming! Moving on from them after our time was up, we finished the session with a mom, calf and escort. By this stage it was too late in the day to see them particularly well so instead we just hung there and listened. They were making SO much noise – rumbles and chirps and groans – and so, so loudly: we could feel it through our chests! To finish up a wonderful day we enjoyed a kava party after dinner, out on the deck with our Fijian crew. The kava was free-flowing and everyone had a huge amount of fun singing along, particularly when it came to the group participation Animal Song: it’s hard to choose our favorite, it has to be a draw between the incredibly realistic humpback whale and the giggling goat! 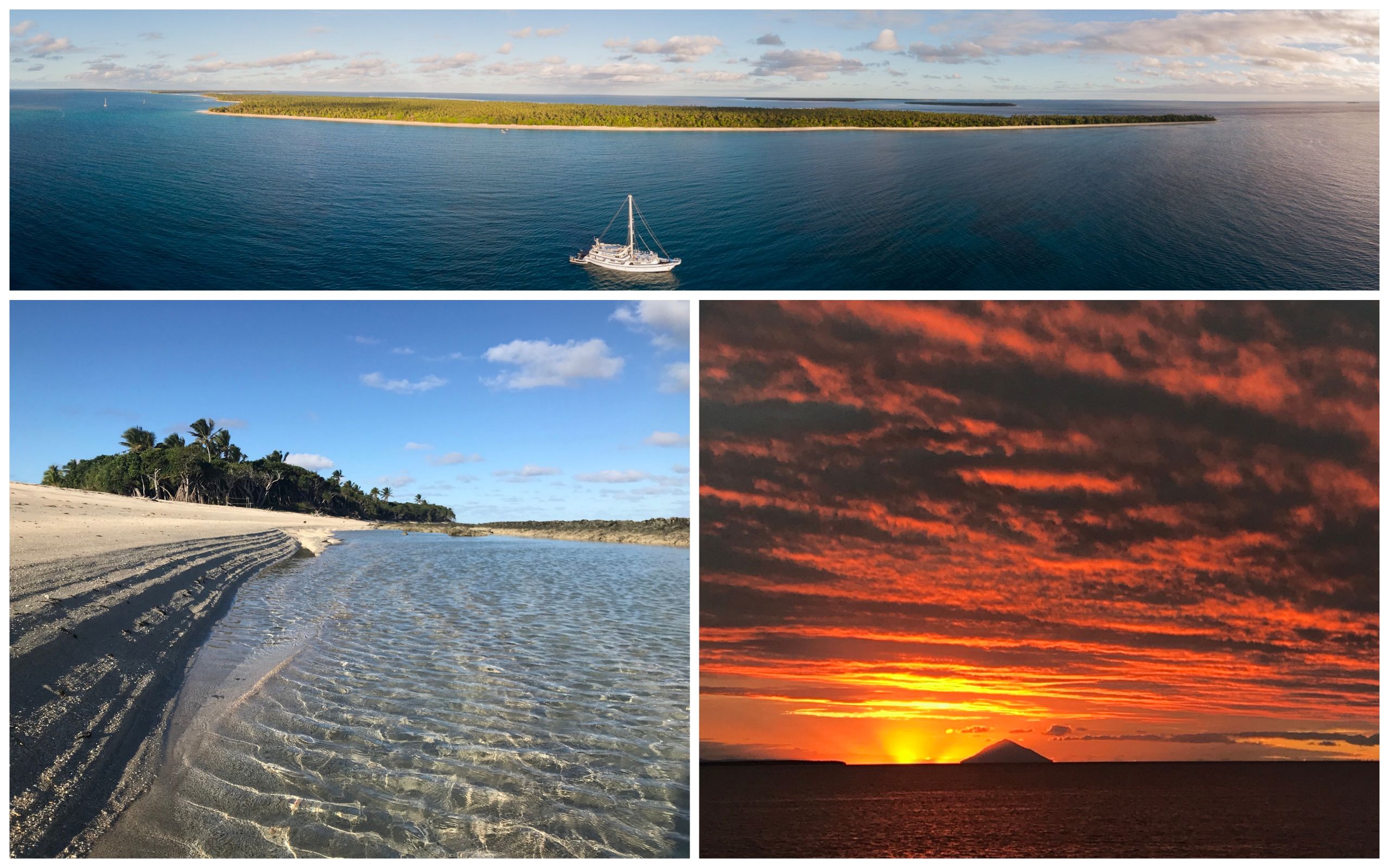 Our second last day was truly the stuff dreams are made of! In the morning, we all got to spend time with the most PERFECT mom and baby: they were just sitting still waiting to be adored. Who are we to say no?! There was also an escort but he kept himself at a distance mostly, lurking in the background and just letting us get a glimpse once in a while, reminding us of his presence. We got back for lunch absolutely beaming: we truly are the lucky ones! Then we went to other extreme after lunch: from the peace and tranquility of mom and baby to the adrenaline-pumping excitement of a full-blown heat run! We had 6-7 big adults fighting full force: charging into each other, chasing each other under and around the big boat… WOW!

And so, we came to the final day of the trip. It was a challenging day – we had to work hard for small rewards – but there’s no such thing as a bad day with humpback whales. Each and every encounter is truly special and we know we are some of the luckiest people out there to be able to witness such beautiful animals. A big thank you to all of you who joined us for this memorable trip of a lifetime! 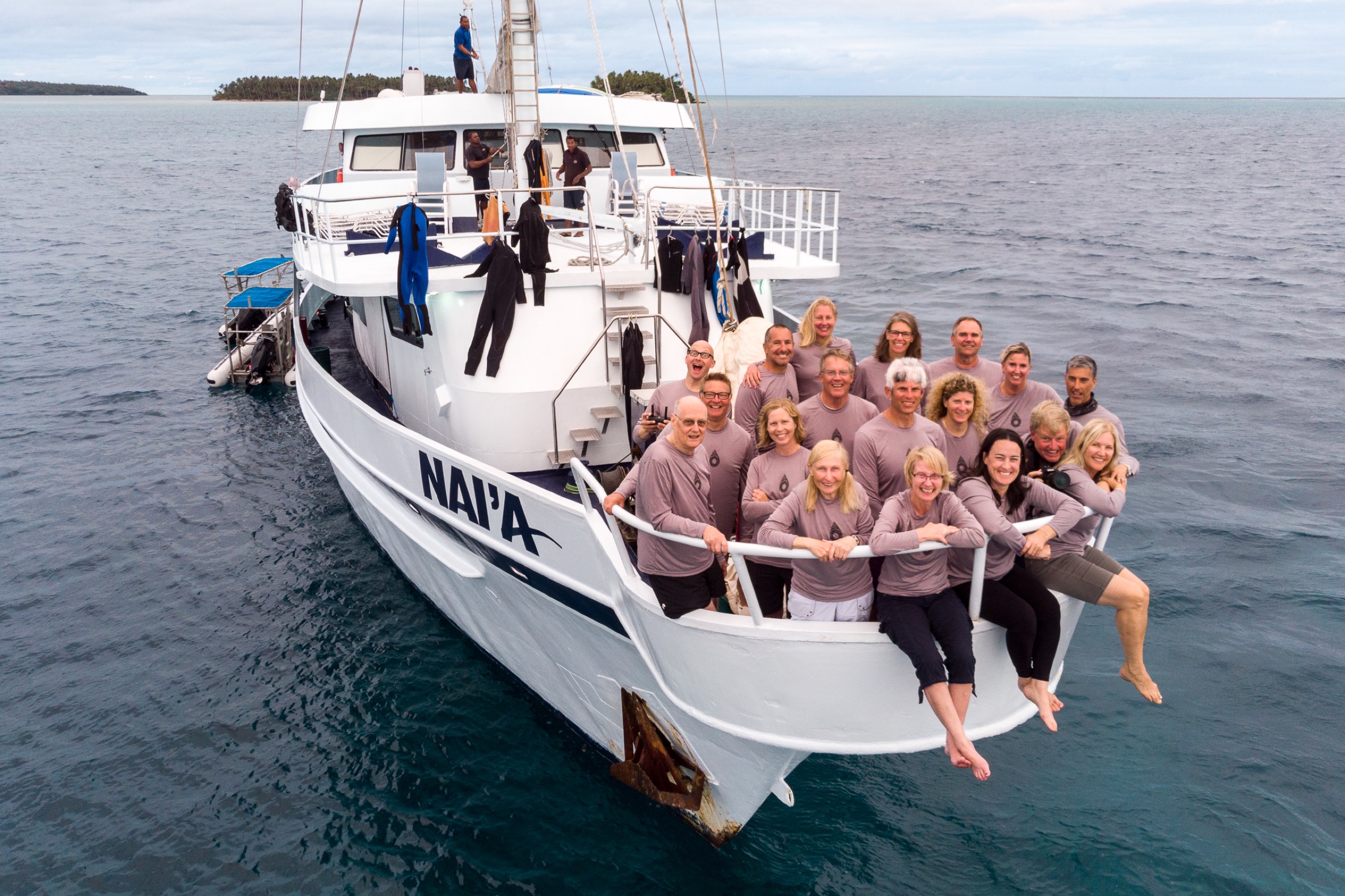 "Thank you for an amazing time aboard NAI'A... We travel a lot, but this will always be one our top trips of a lifetime!" Brian & Brook 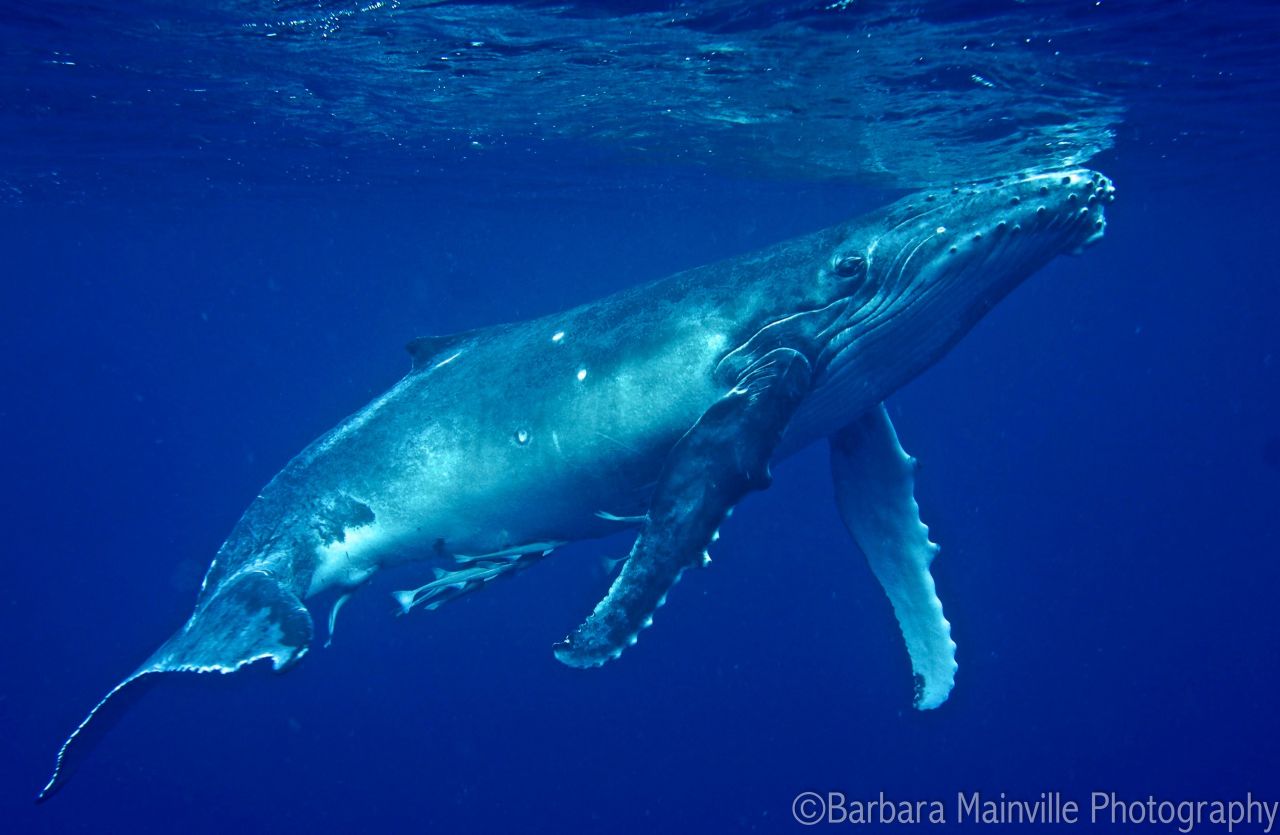 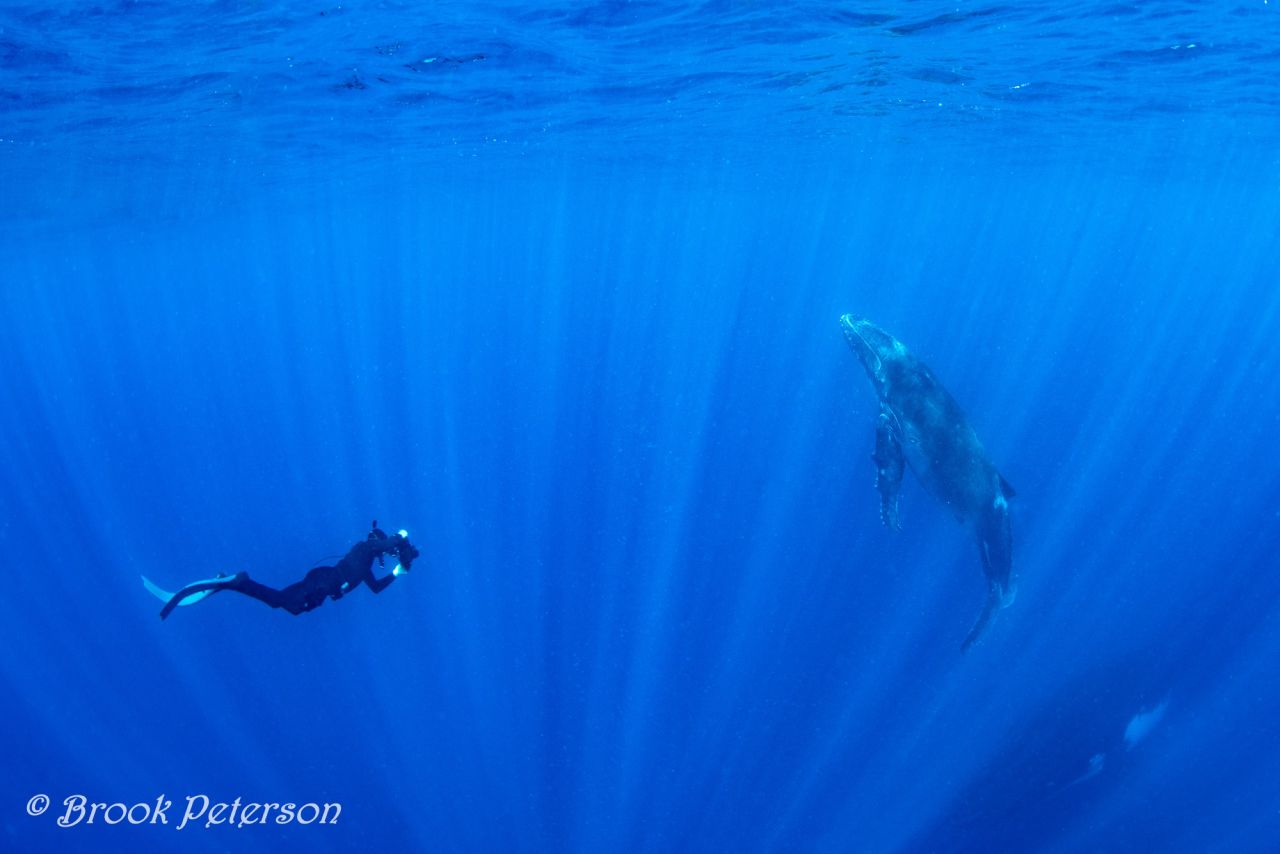 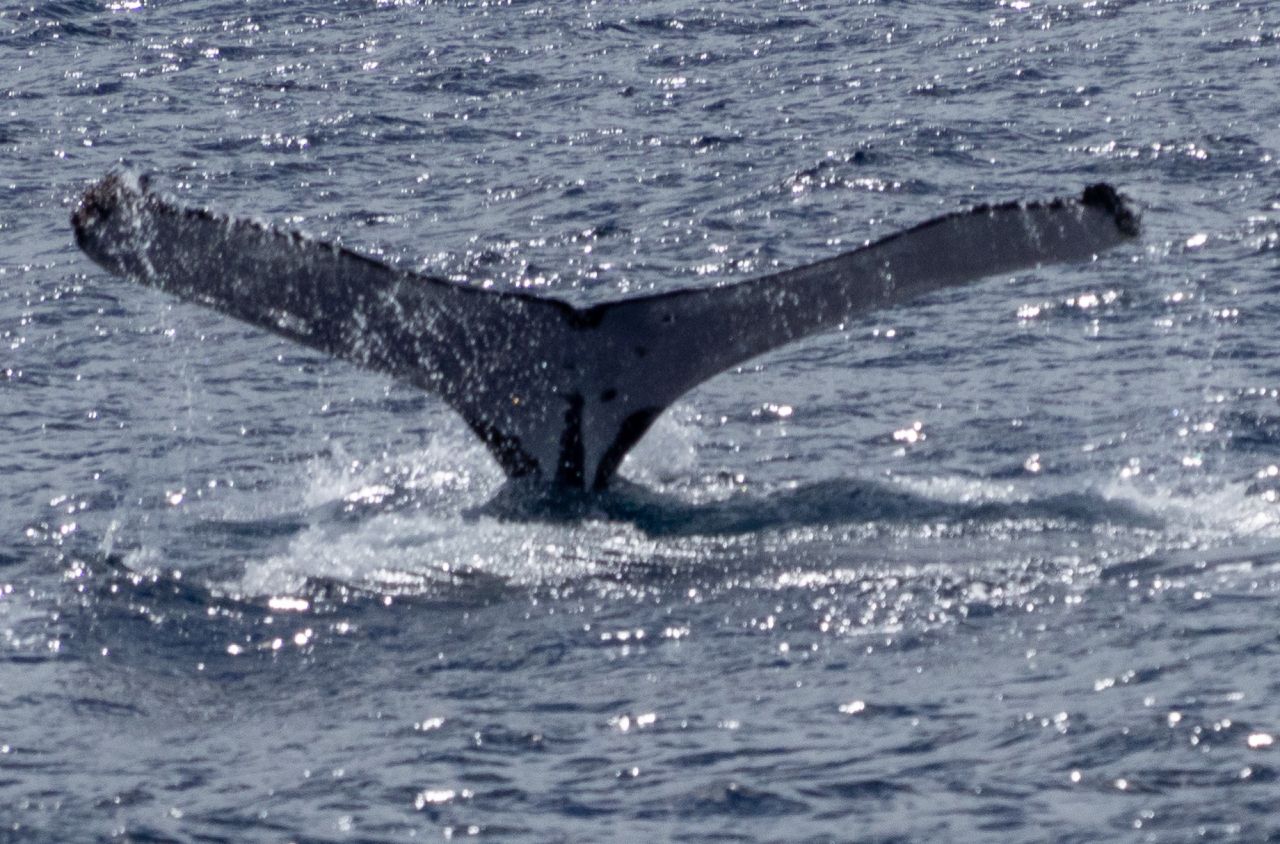 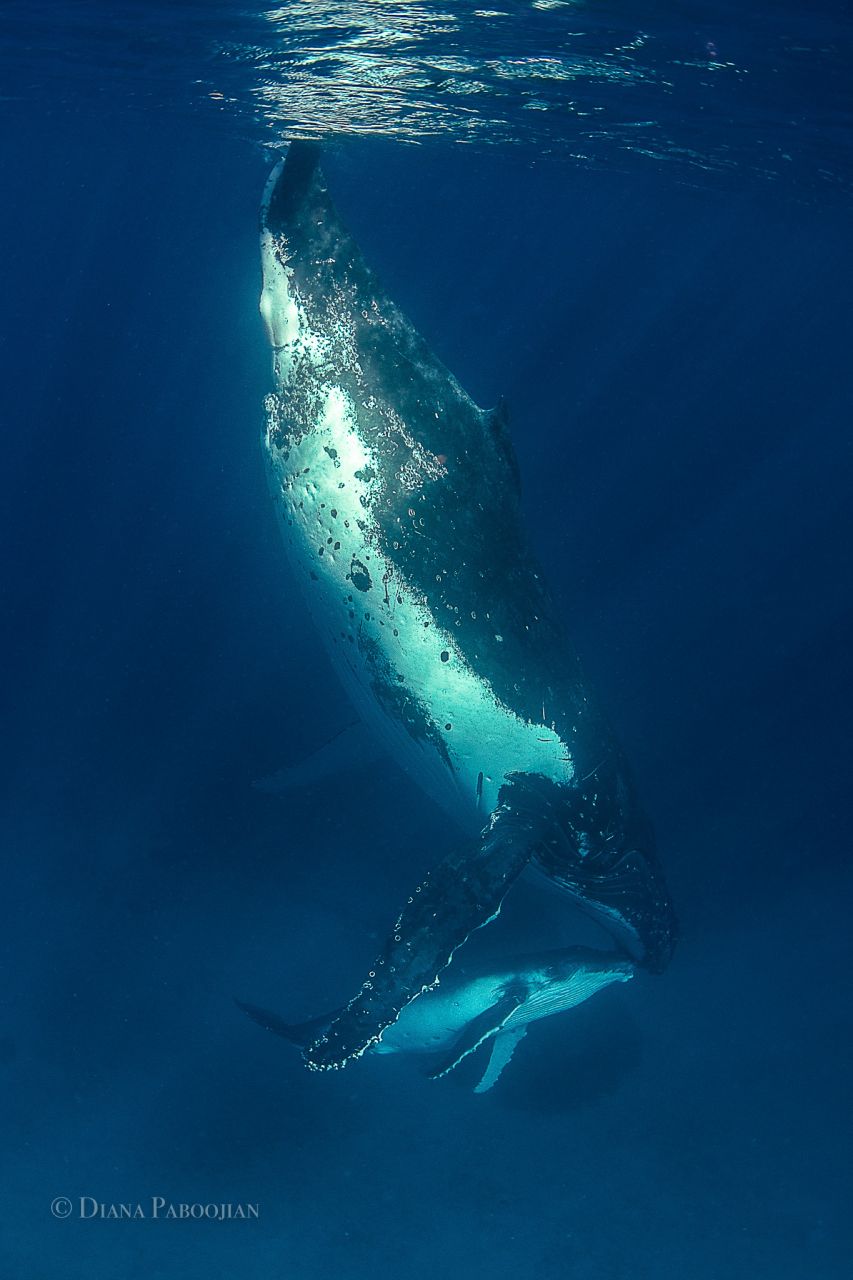 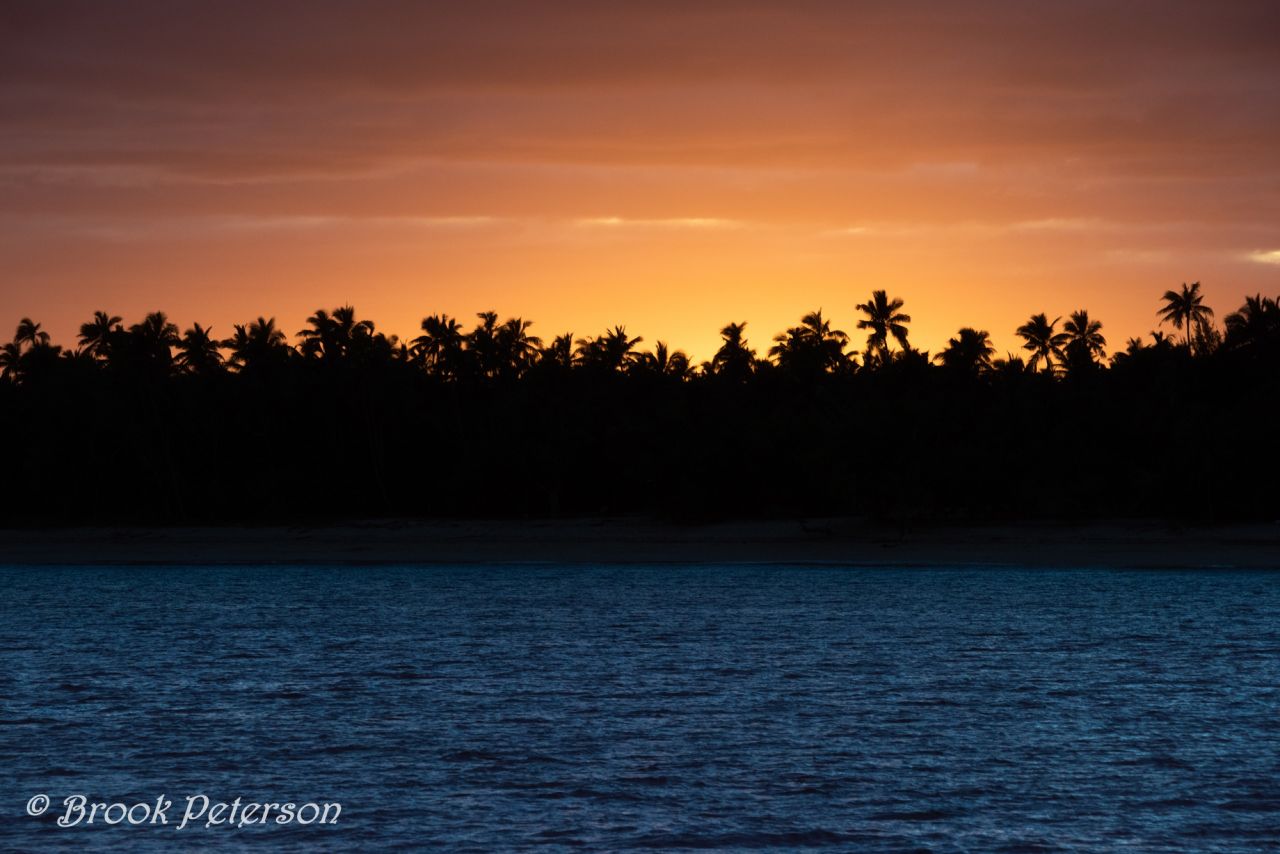 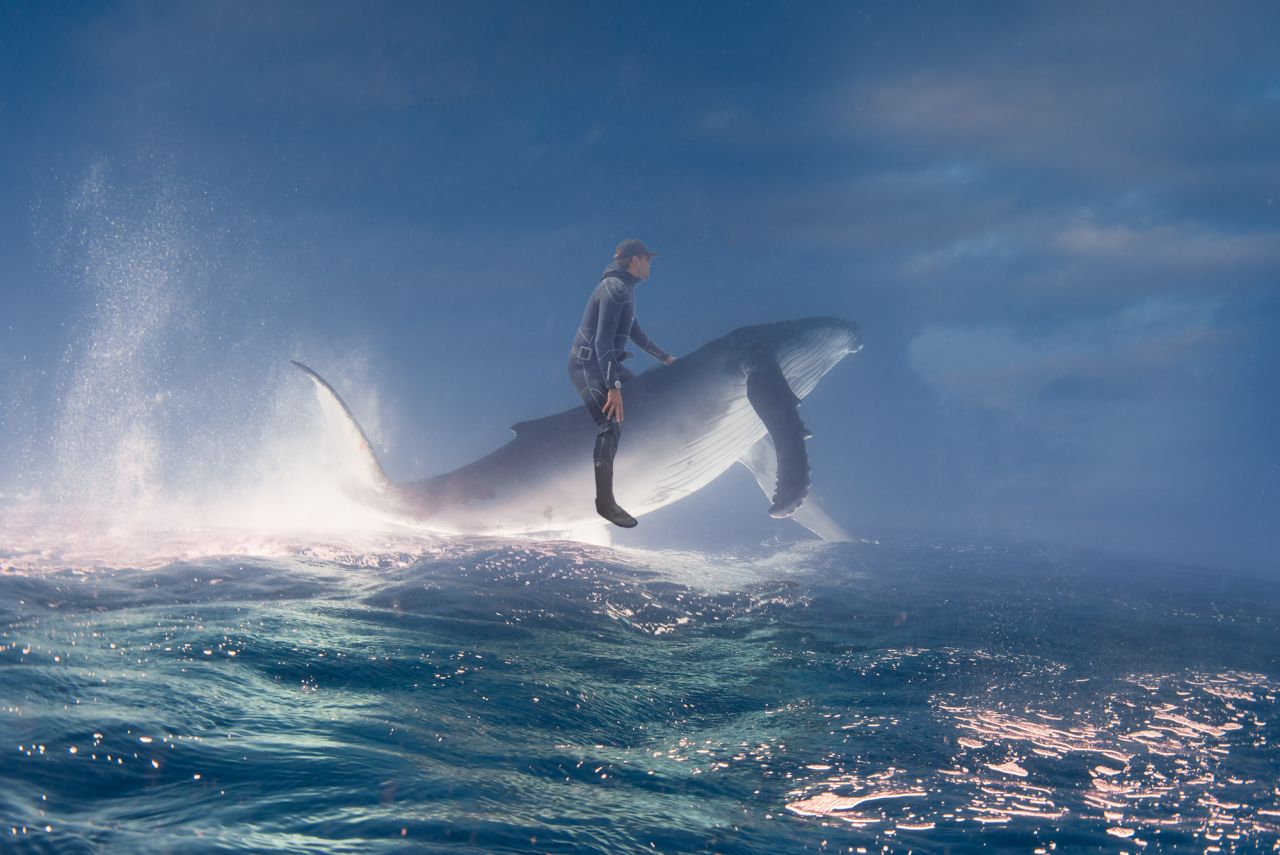 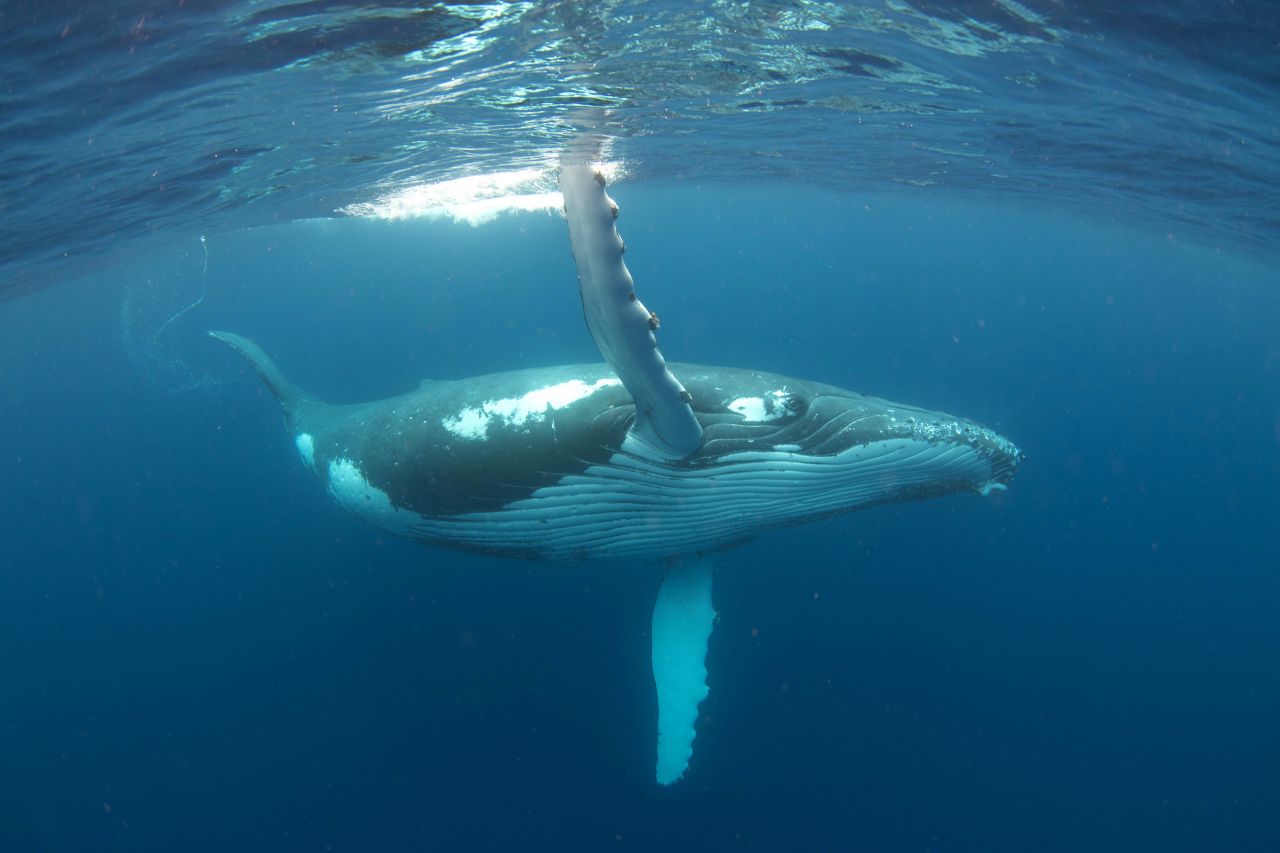 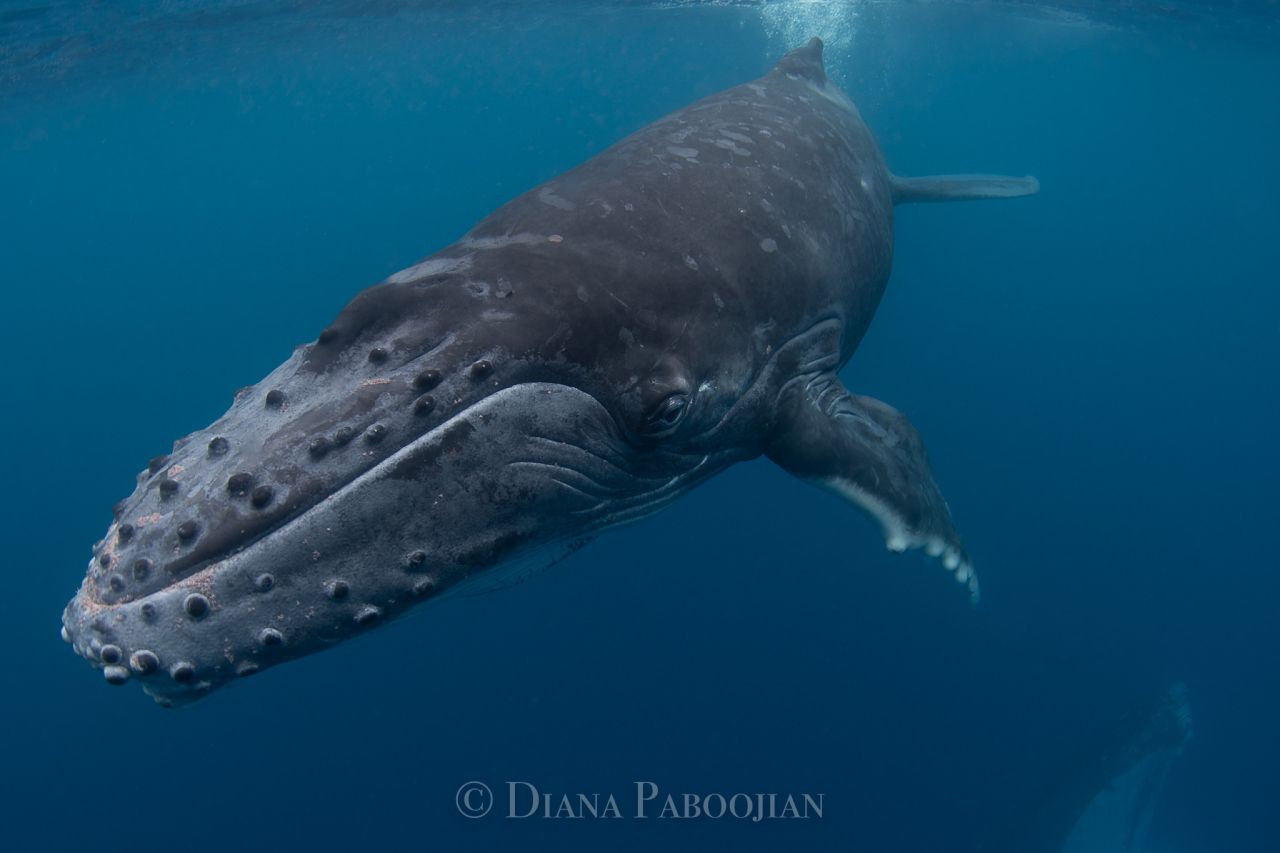 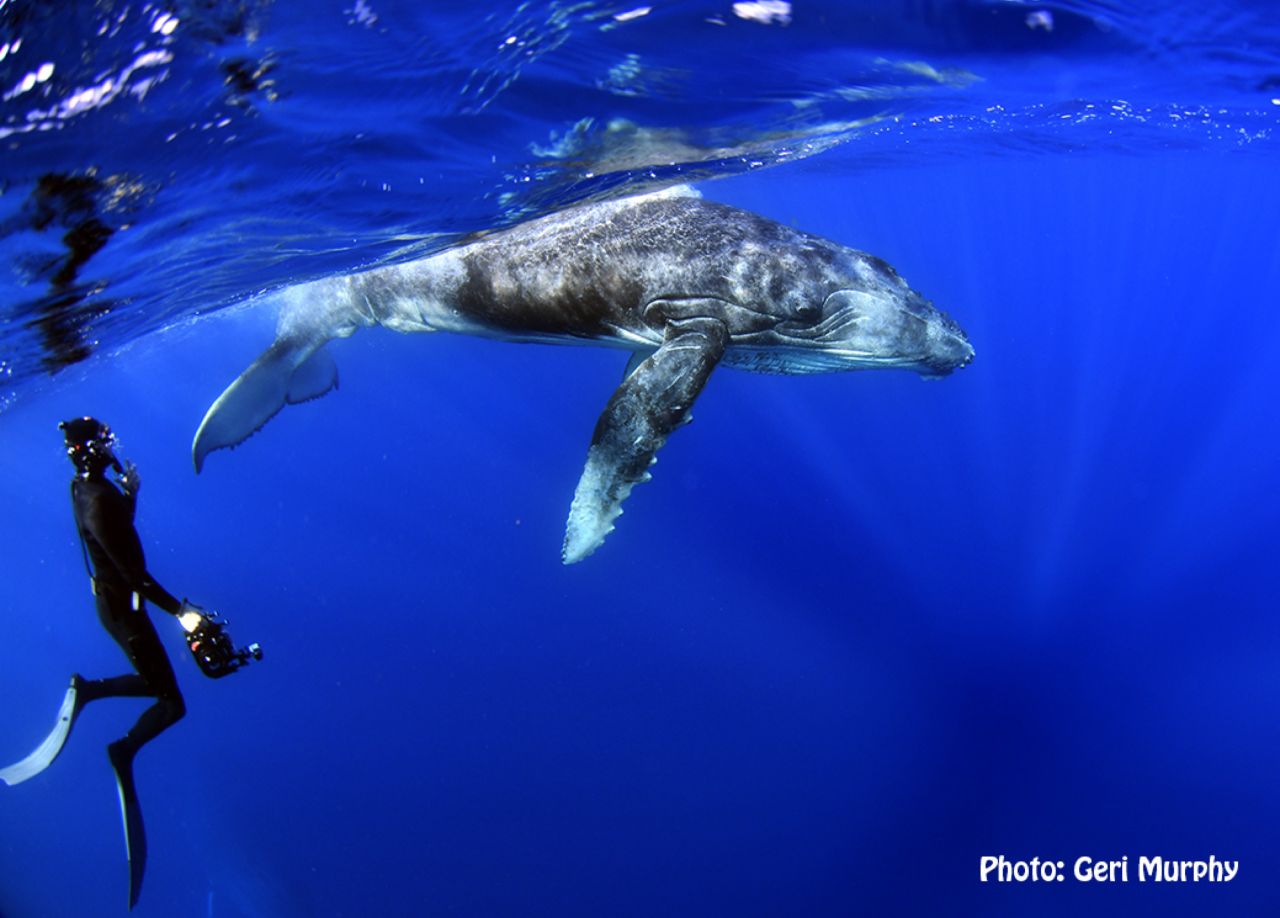 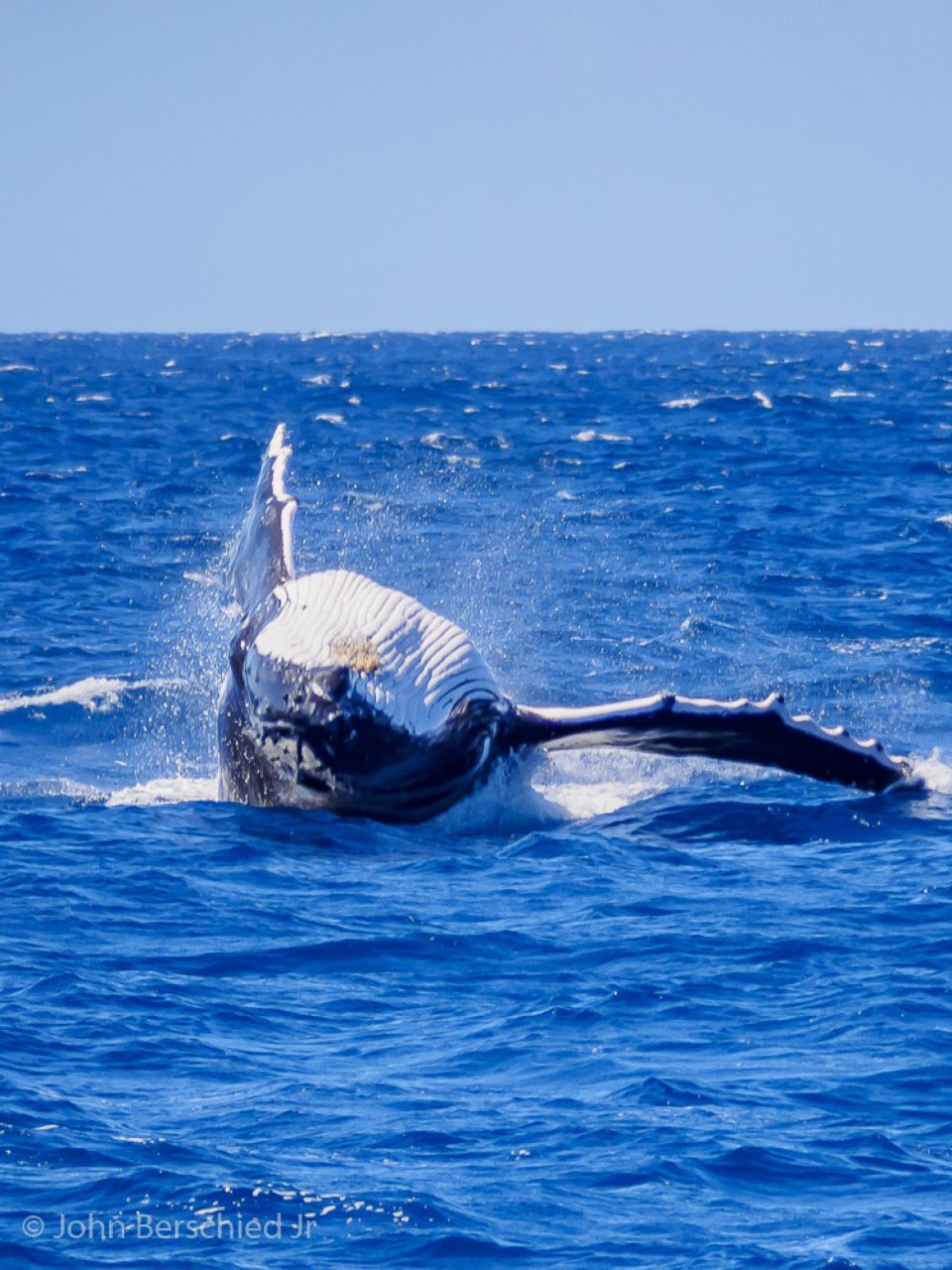 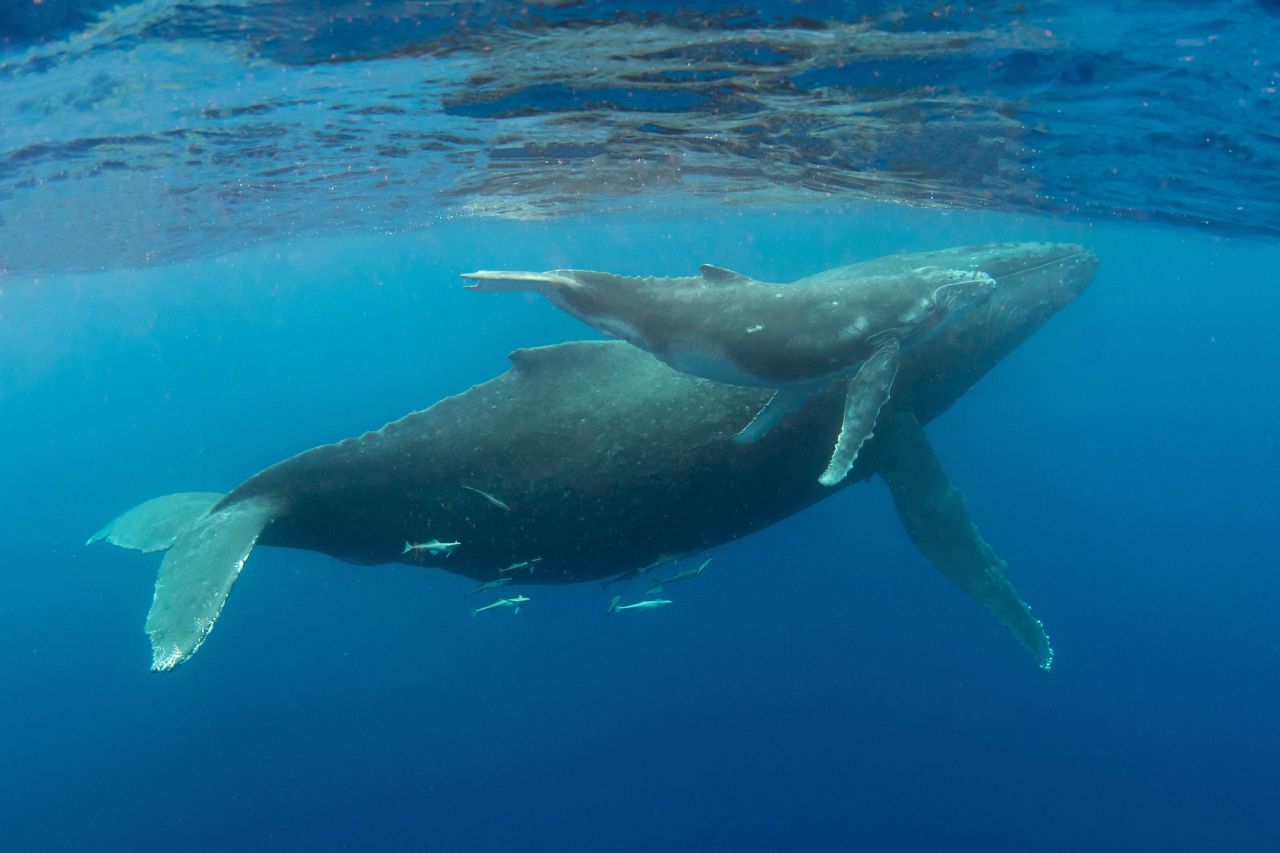 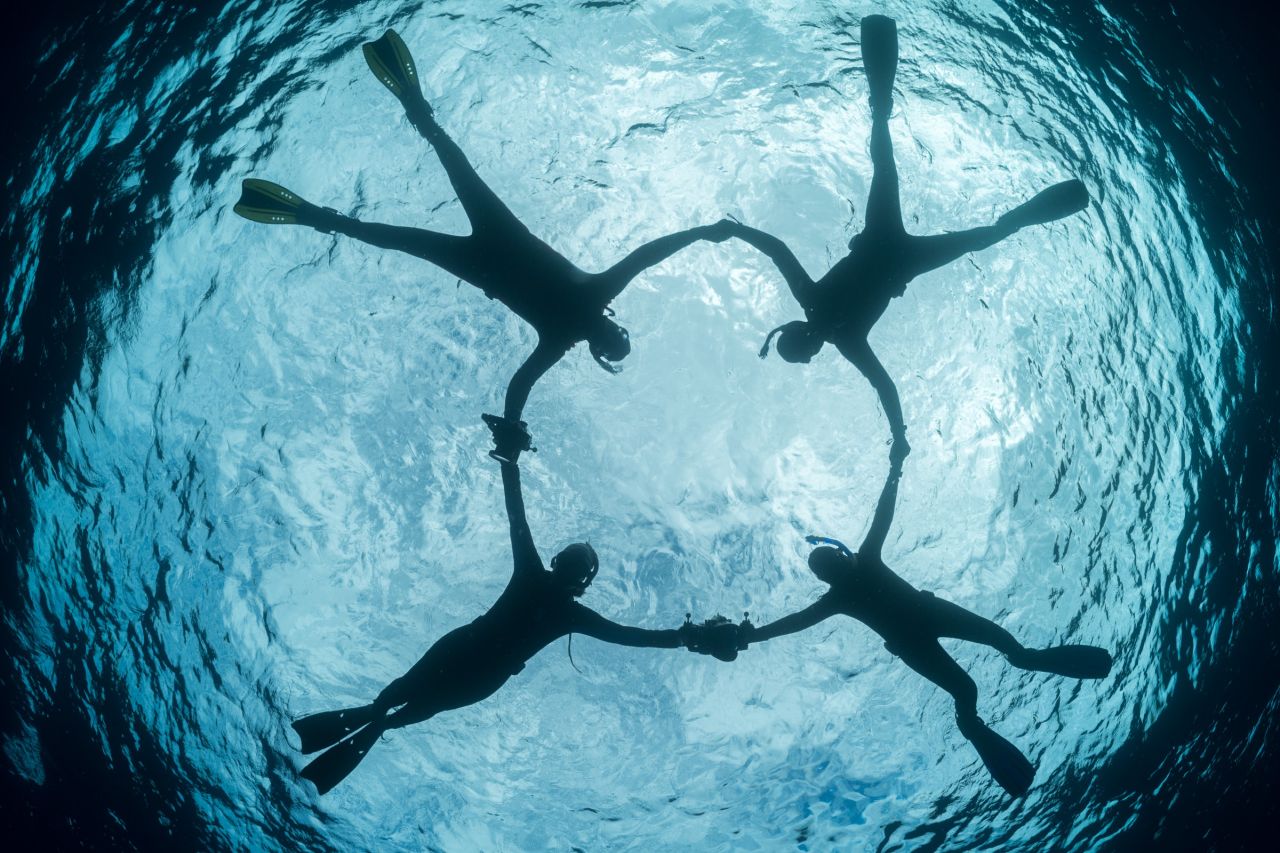 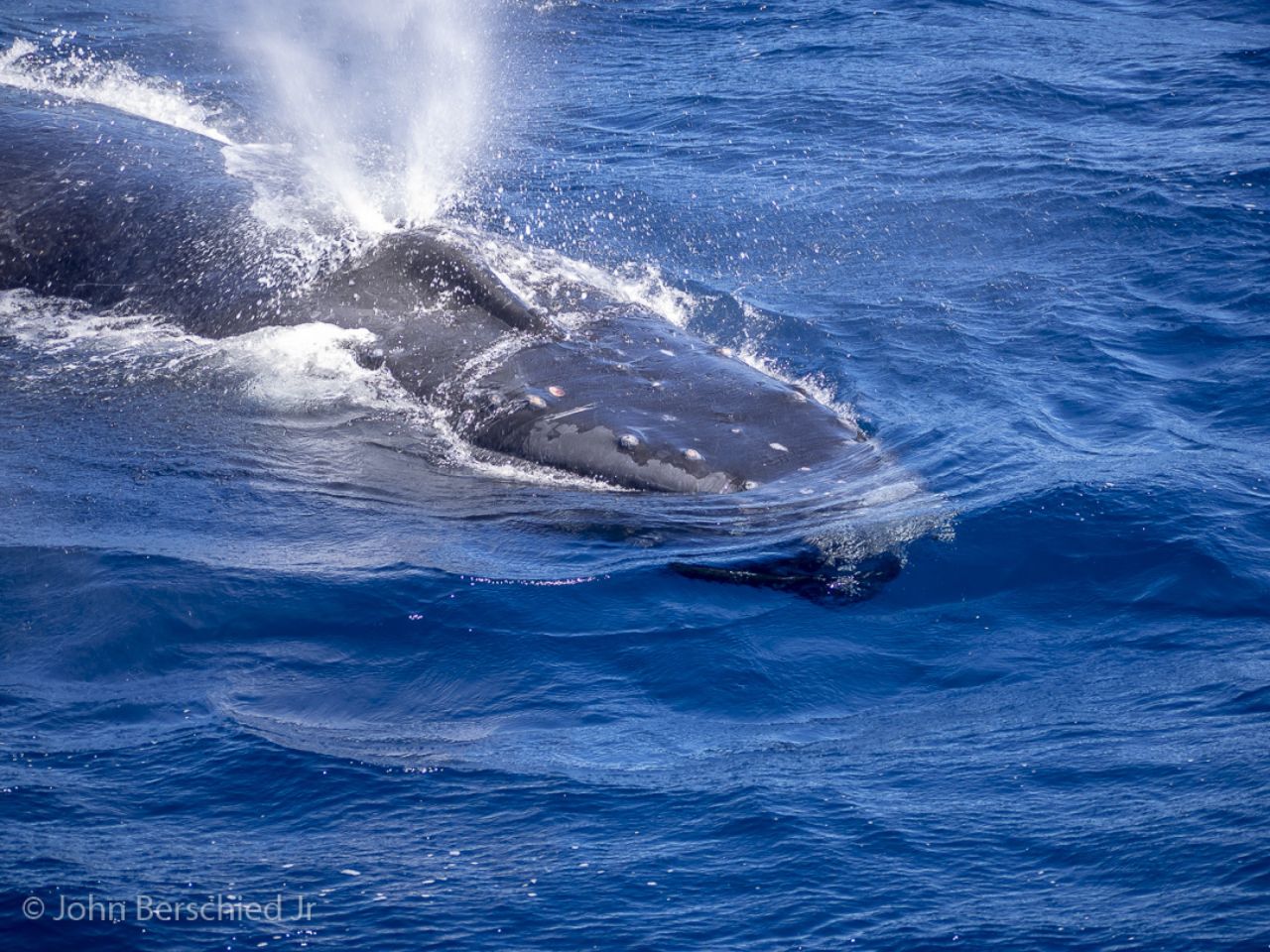 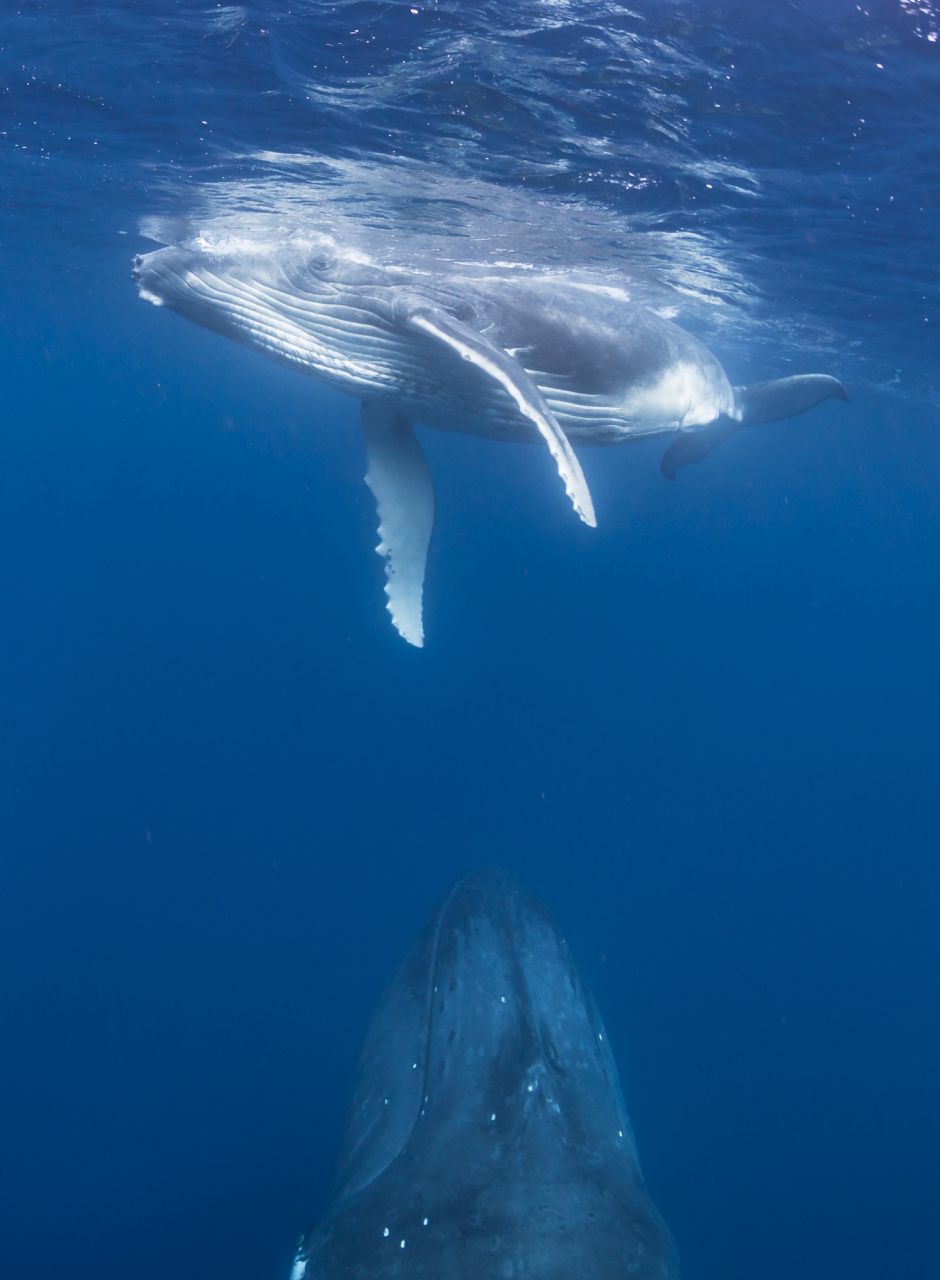 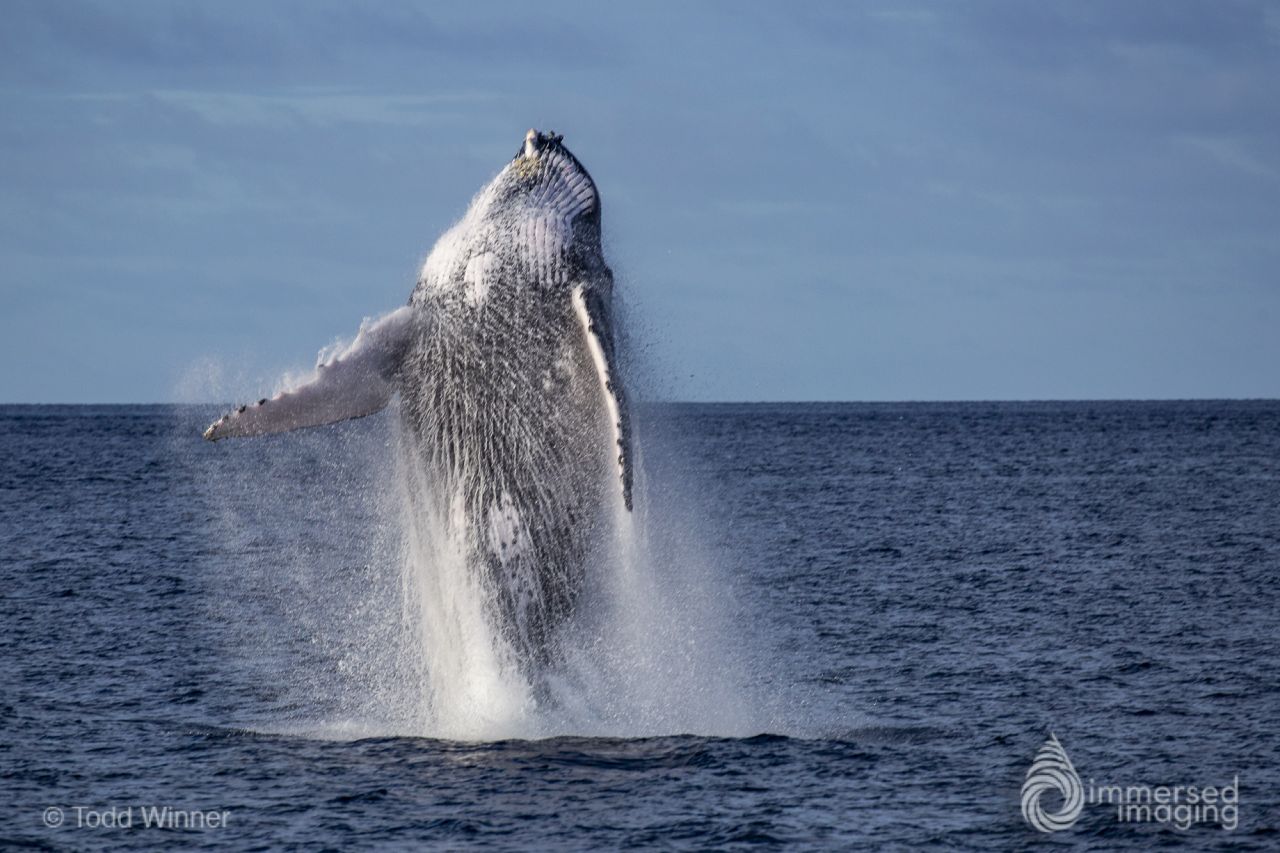