This trip could be remembered for many reasons: the all-round great diving, the incredibly lively & fun atmosphere or the first Fiji trip back aboard the good ship NAI'A, but, no, it will be remembered for a chance 30-second encounter with the largest smile on the planet, a WHALE SHARK !!!!!!!!!.

Screams of delight were still reverberating half an hour after the group had surfaced. Nic, originally from France and residing in Australia, had been quite reserved until then. His screams of delight once he surfaced scared Koroi (Nai’a skiff driver) so much he thought Nic was being eaten by a sea monster.

We had our chance encounter on North Save-a-tack Passage in the Namena Marine Reserve.  The morning dive had been right at the end of the incoming tide and there was good fish life, so we decided to dive there again for the afternoon dive. We struck gold! 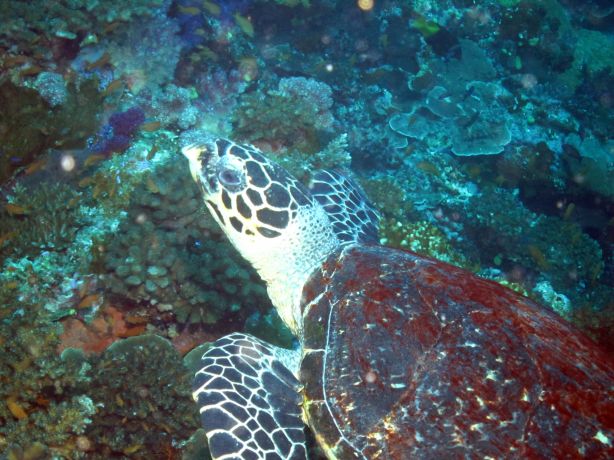 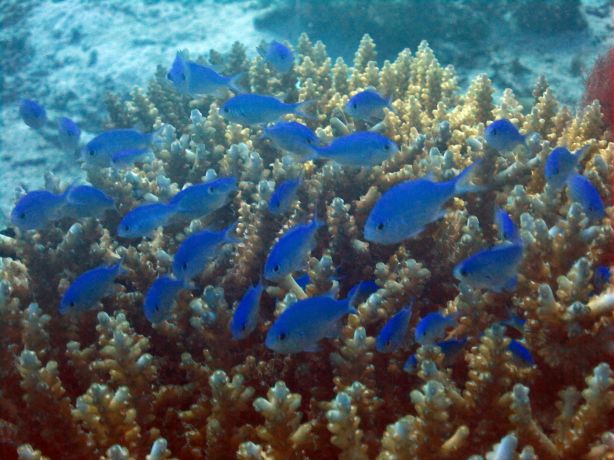 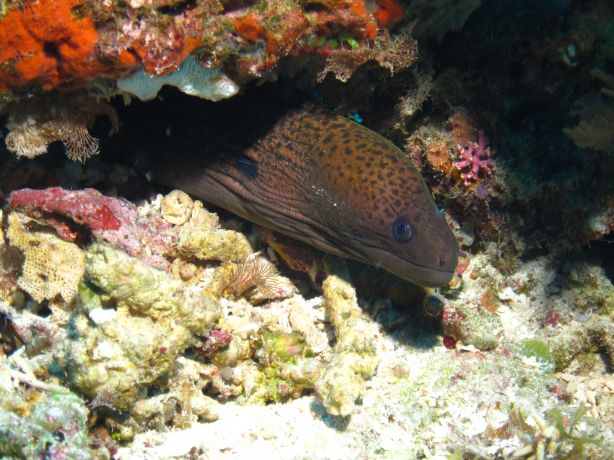 Jim & Bailey encounter a large moray on a dusk dive. 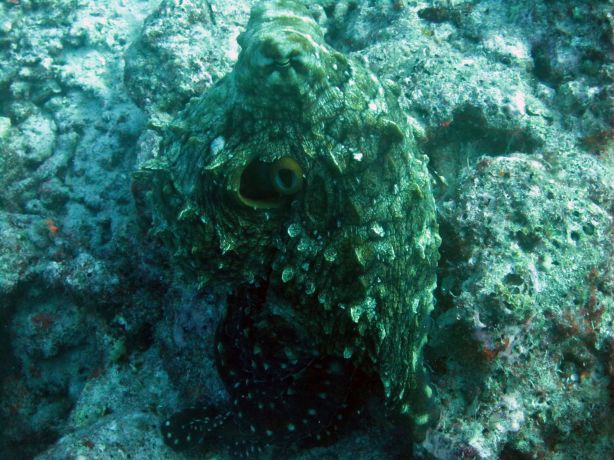 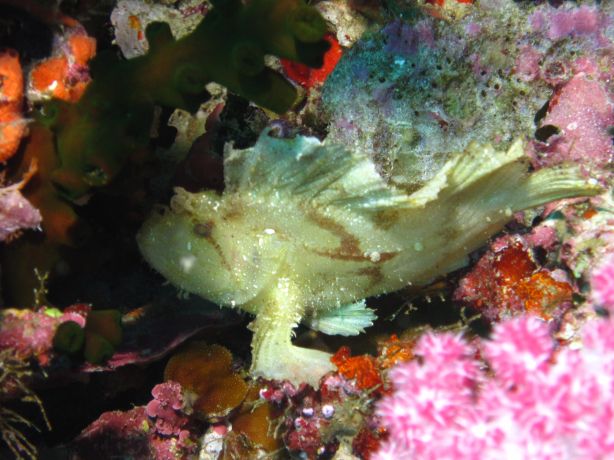 Scorpion leaf fish hiding on the reef. Taken by Bailey 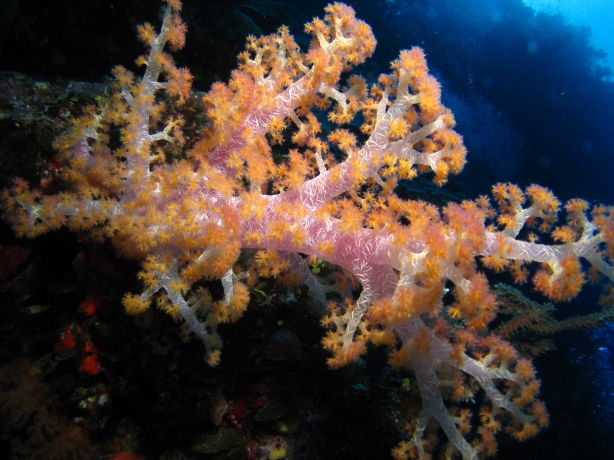 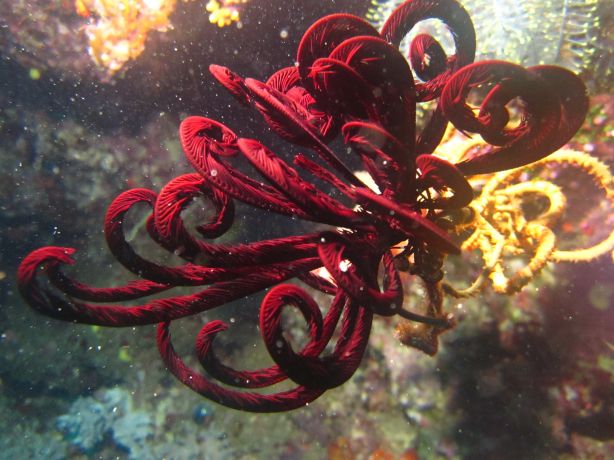 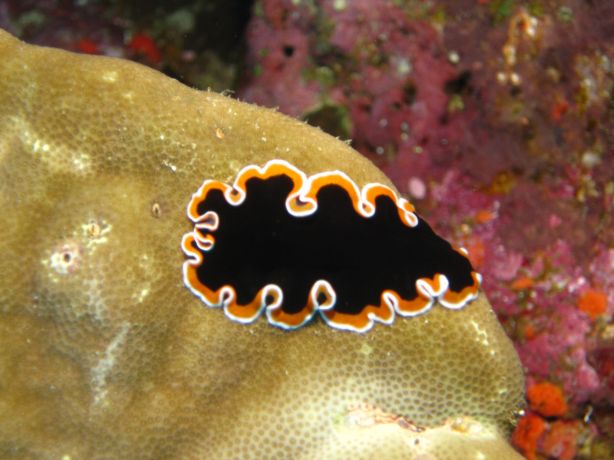 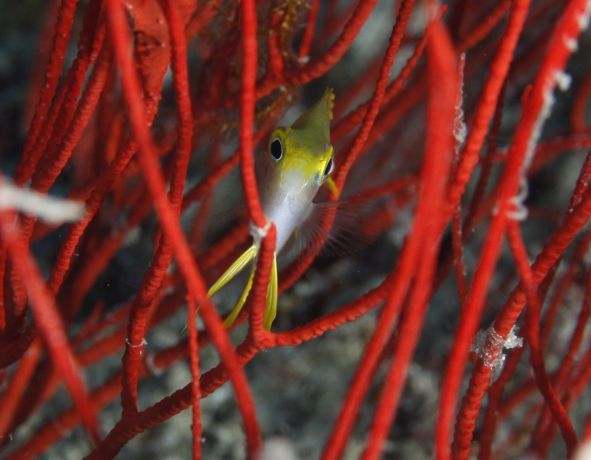 Hiding out in the whip coaral. taken by Fred 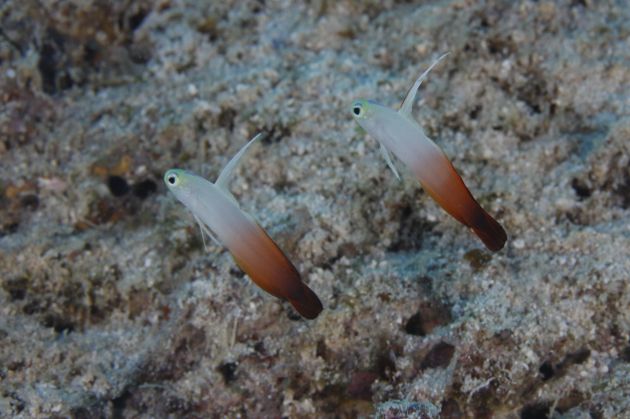 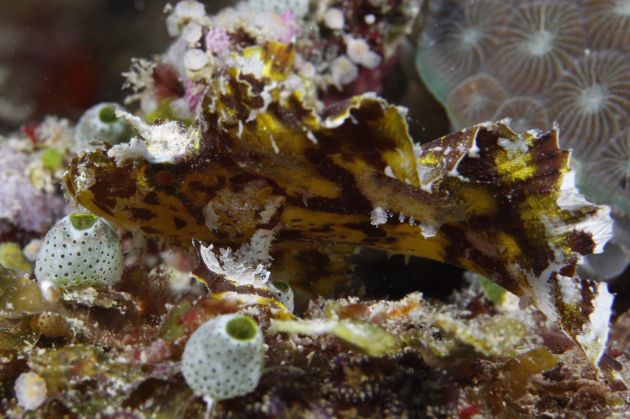 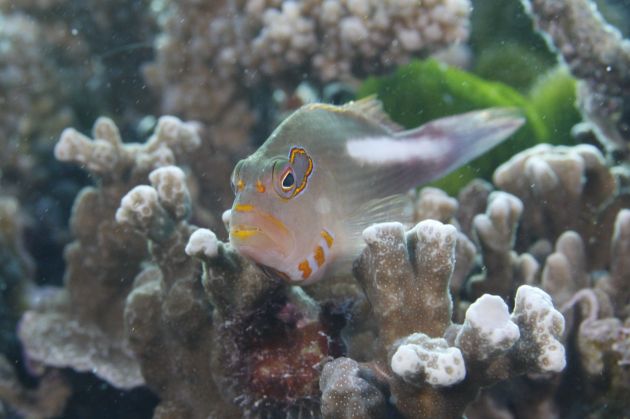 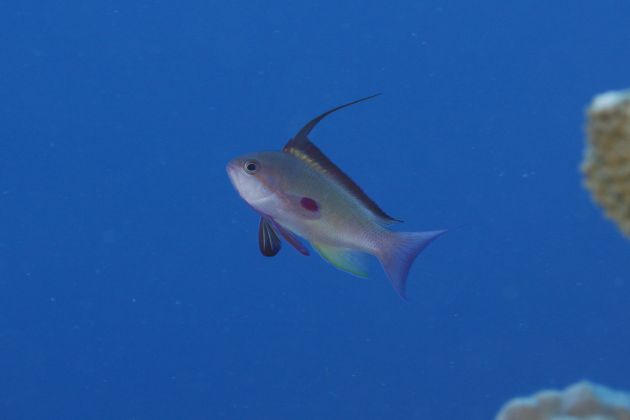 Anthias are hard to photograph. Nice shot by Fred 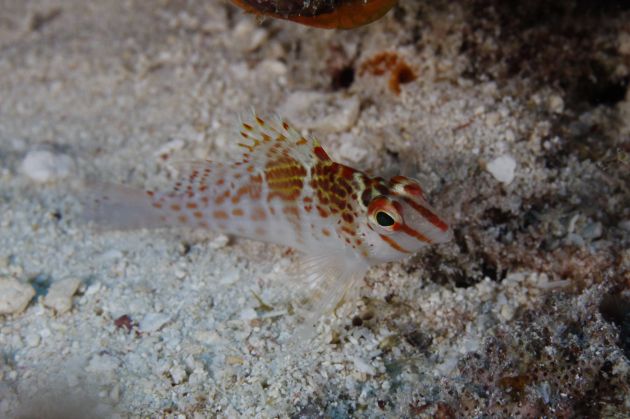 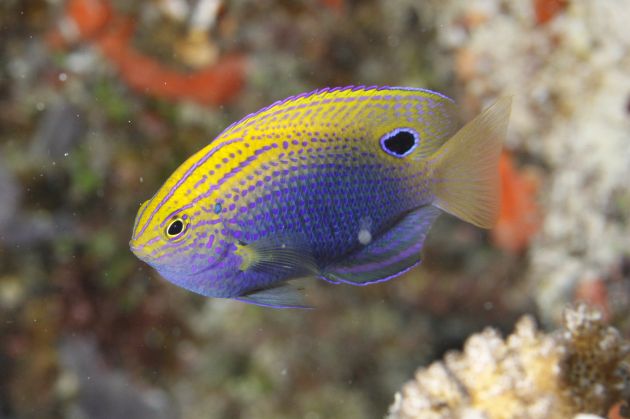 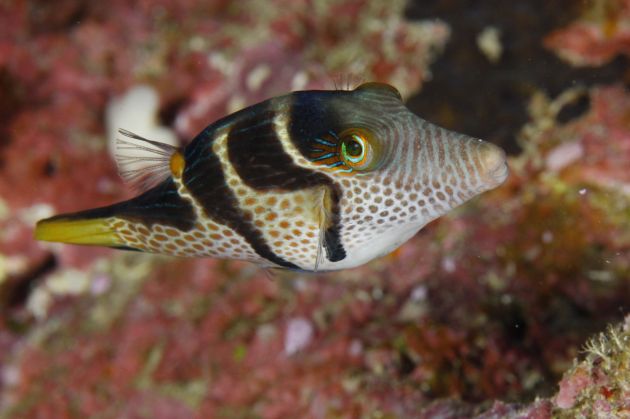 Some opted to relax and dive Kansas. They had a great dive and found at least 12 pygmy seahorses. The group that went back to the wall were looking for big stuff, they were not disappointed. A huge school of jacks was hanging on the drop off and as we approached they started to spread and OUT OF THE BLUE the whale shark appeared. I did a double take and finally recognized what we were all witnessing. Fortunately I had my camera and have posted the whale shark footage on YouTube, minus the original sound track "Oh F%$@ it's huge, OMG it's a whale shark!"

The 40ft leviathan cruised past the whole group slowly and checked us out. One tail stroke and we were left in its wake. A brief encounter can bring so much excitement. Tom, Jason and Bailey were dancing and celebrating underwater. Nic was ecstatic, but there was more to come. Obviously after such an encounter we were all looking in the blue for a repeat performance when 20 or so hammerheads cruised in to greet us.

The dive was a 10 out of 10. This sort of encounter is what divers’ dreams are made of: totally out of the blue appears a rare and magical creature.